In recent years, Konami has been releasing new cards for Blue-Eyes. The deck continues to get better every year. The new fusion monsters are far superior to the original Blue-Eyes Ultimate Dragon. The Turner Monsters are also great for gaining resources. I cannot forget the awesome Synchro Monsters to further enhance a Blue-Eyes deck.

The primary focus of this strategy guide is the Fusion deck. Blue-Eyes White Dragon has many decks to cover. One guide would be too broad for the archetype. I will cover more variants of Blue-Eyes in future strategy guides. I will announce those studies guides on social media as soon as they are available. 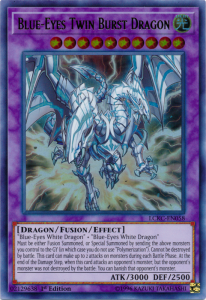 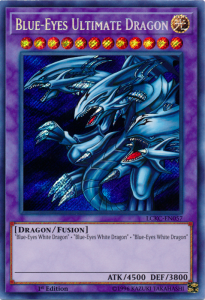 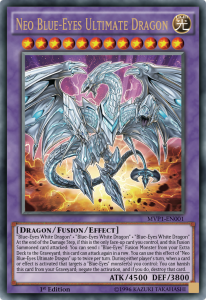 Blue-Eyes have access to many Tuner monsters to summon Synchro Monster. You should take advantage of the pool of available Synchro Monsters for the deck. These cards are great options to play against certain decks. 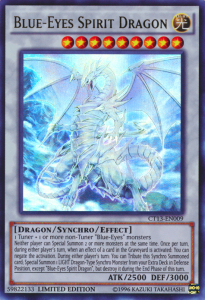 Blue-Eyes Spirit Dragon is a great card to counter swarm decks. It limits players to one special summon at a time. This is a powerful card to play against Pendulum decks. In addition to restricting special summons, Blue-Eyes Spirit Dragon negates an effect from the graveyard once per turn. This effect is strong against decks with cards that activate effects from the graveyard. 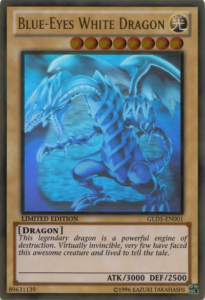 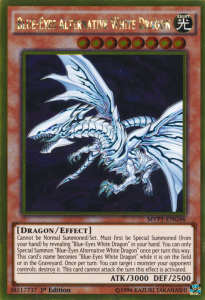 Blue-Eyes Alternative White Dragon is one of the strongest Blue-Eyes cards. This card is amazing. Its effect special summons itself from your hand to the field. In addition, its second effect destroys one of your opponent’s monsters on the field. This skill is very useful for destroying strong monsters and clearing the board for direct attacks.

Maiden with Eyes of Blue 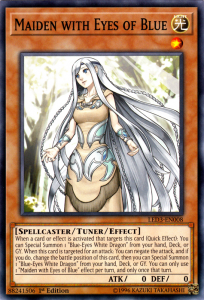 Maiden with Eyes of Blue is one of the best cards ever released for Blue-Eyes. Her effects special summon one Blue-Eyes White Dragon from your hand, deck, or graveyard. You may also trigger her first effect by targeting her with your cards. In addition, she is a Tuner Monster. You can go into your plays to summon your Blue-Eyes Synchro Monsters!

Protector with Eyes of Blue 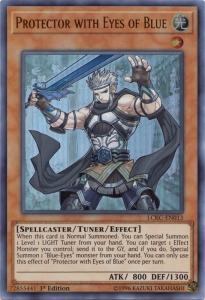 Protector with Eyes of Blue is another option for Tuner Monsters in a Blue-Eyes deck. His effects work in perfect harmony to set up Synchro Summons. He special summons a Tuner Monster and a Blue-Eyes White Dragon from your hand. Then, you summon a Synchro Monster from your extra deck. However, you may only use his skill once per turn.

Sage with Eyes of Blue 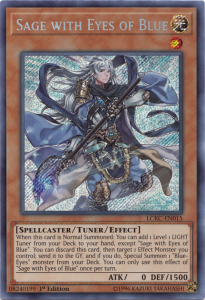 The White Stone of Ancients

Dragons have a large poll of generic Spell cards to play. Blue-Eyes White Dragon benefits from these cards. In addition to generic cards, Blue-Eyes also have good Spell Cards for the archetype. These cards can give you the edge in many duels. I am listing the best Spell cards for your Blue-Eyes Fusion deck. 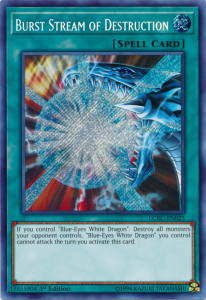 Return of the Dragon Lords 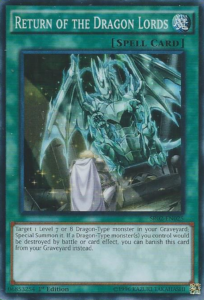 Return of the Dragon Lords is one of the best Spell Cards for dragon decks. It special summons a Level 7 or 8 monster from your graveyard. It is perfect for special summoning a Blue-Eyes White Dragon from the graveyard. In addition, it protects your dragons in battle and from effects. Return of the Dragon Lords provides the perfect protection for your powerful Blue-Eyes Fusion Monsters. 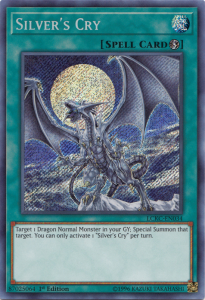 I suggest playing generic Trap Cards in Blue-Eyes Fusion decks. These cards counter your opponent’s strategy. You want to limit their ability to playing as many cards as possible. Furthermore, you can prevent an opponent from having monsters on the field by negating summons. Then, your opponent will be wide open for a direct attack from Blue-Eyes White Dragon! 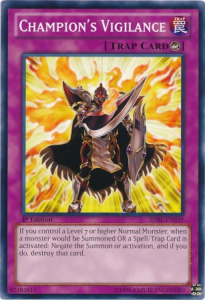 Overall, a Blue-Eyes Fusion deck is a very strong deck. Blue-Eyes has stood the test of time. The deck continues to be a good deck after many years in the game. It has many ways to win in a single turn. Your opponent must always be on guard, or the opponent may get knocked out at a moment’s notice.