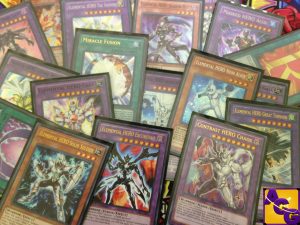 Yu-Gi-Oh! GX is the second generation of Yu-Gi-Oh! The Trading Card Game. It introduces new characters and archetypes. The most popular archetype from this series is Elemental HERO. Jaden plays an Elemental HERO deck, and upgrades it with new Elemental Heroes every season.

Heroes come in all shapes and sizes. There is a wide variety of Elemental Heroes. Some heroes have the power of water, the power of fire, and the power of lightning. They may be weak individually, but they are strong as a team. Fuse your heroes to create the strongest heroes in the league! 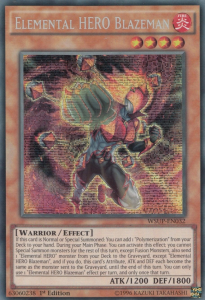 Elemental HERO Blazeman is a must have card in every Elemental HERO deck. His ability allows you to search for a Polymerization, and you add it to your hand. The effect also sends one Elemental HERO from your deck to the graveyard. This effect sets up plays for Miracle Fusion, and Elemental HERO the Shinning. 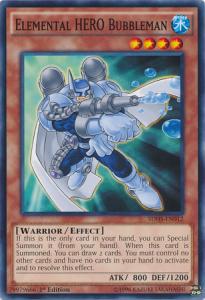 Elemental HERO Bubbleman’s effect is very mediocre. It requires you to have no cards on the field, and Bubbleman must be the only card in your hand. Then, he special summons himself to the field, and you draw two cards. You do not want to be in a position to use his effect. I only play Bubbleman to Fusion summon Elemental HERO Absolute Zero. 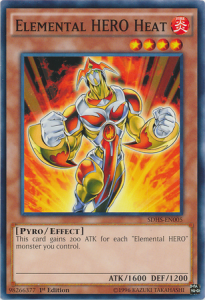 Elemental HERO Heat turns up the heat with many allies on the field. He gains 200 ATK for each Elemental HERO that you control! He becomes a decent beater with two or more Elemental Heroes on your field. 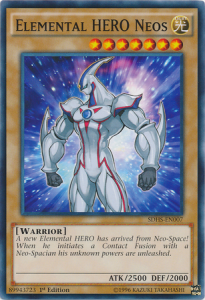 Elemental HERO Neos is the Dark Magician of Elemental HERO. They are normal monsters, and require a lot of support to be good cards. I only play this card for fun. He is the leader of the League of Elemental Heroes. That is my only excuse for playing Neos. 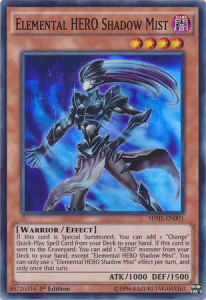 Elemental HERO Shadow Mist enables you to play Masked Heroes. His effect adds a “Change” Quick-Play Spell card from your deck to your hand. Then, you may play your “Change” and Fusion summon a powerful Masked HERO! 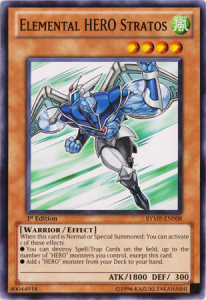 The extra monster zone changed Yu-Gi-Oh!, and it was intended to slow the game’s pace. Elemental HERO relies on fusion monsters. New Link Monsters for HERO decks were made. You can link your Fusion Elemental heroes to your Link Heroes. Then, you can create a strong field of heroes from your extra deck. 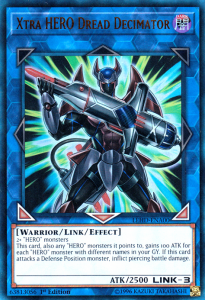 Xtra HERO Dread Decimator is one of the best HERO cards. His effect gains 100 ATK for each different HERO in your graveyard, and any HERO that points to it also gains the effect. Furthermore, Xtra HERO Dread Decimator has three Link Arrows for his player. Your opponent cannot use his Link Arrows. I recommend playing him for your main Link Monster. 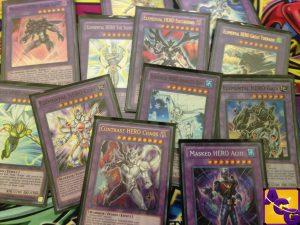 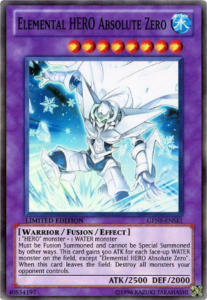 Elemental HERO Absolute Zero is my favorite Elemental HERO. His artwork is amazing as he would be an awesome superhero in a comic. His second effect will frustrate your opponent. He destroys all of your opponent’s monsters when he leaves the field! The only way to avoid his effect is to negate it with a card such as Skill Drain. 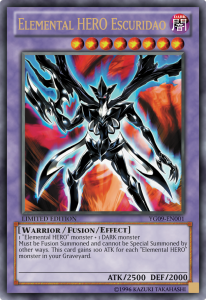 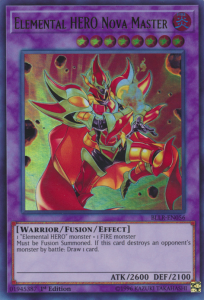 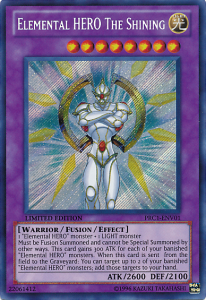 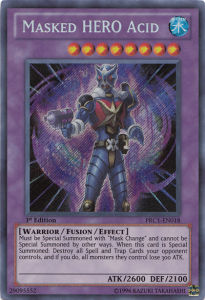 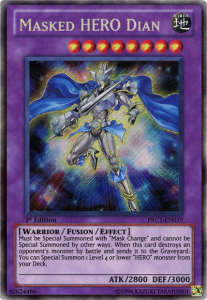 Awesome is the perfect word to describe Masked HERO Dian. His artwork is amazing, and his effect is perfect for HERO decks. You may special summon one level 4 or lower HERO monster from your deck when Dian destroys an opponent’s monster. You quickly gain access to your deck’s best Elemental Heroes. Then, you create amazing combos the special summon. 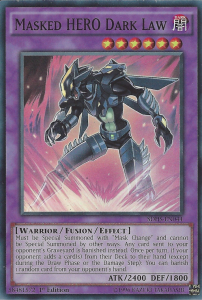 Spell cards are the bread and butter of Elemental HERO decks. You need to play Spell Cards such as Polymerization and Miracle Fusion to Fusion Summon Elemental Heroes! In addition, there are many Spell cards to enhance your deck. These cards add cards to your hand, and counter your opponent’s strategy. Play your Spell cards early and often! 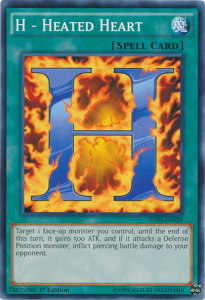 Unfortunately, every archetype has duds. H – Heated Heart is one of those mediocre cards. It gives 500 ATK to your monster and it inflicts piercing damage to your opponent. The card is too slow, and your opponent can counter it. Stay away from this card. 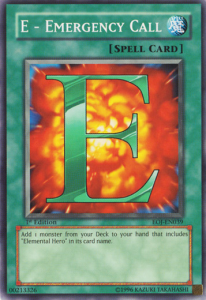 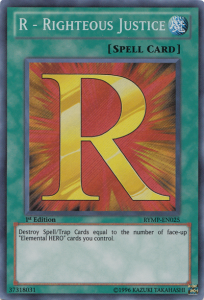 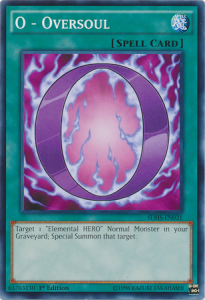 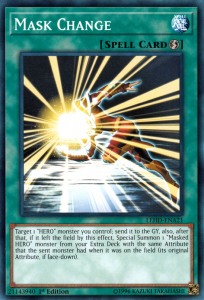 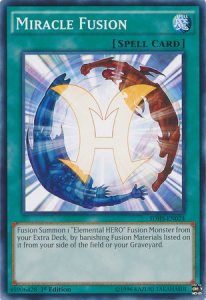 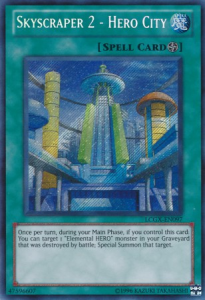 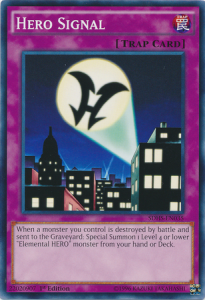 Hero Signal special summons one level four or lower Elemental HERO monster from your hand or deck when your monster is destroyed by battle. You gain a card after losing a card in battle. You maintain your resources on the field. Furthermore, you have access to a monster for Fusion Summons. You may also play Mask Change on your new monster to Fusion Summon a powerful HERO!

Elemental HERO is one of the funniest decks to play. You are playing with superheroes in a trading card game. It is a unique experience. No other trading card game has an archetype with this theme. It is really cool to combine heroes to create more powerful heroes, and win duels with the strongest Elemental Heroes.