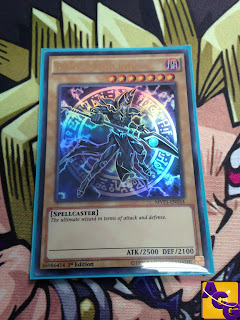 The Dark Magician has support from old sets, and most of the cards were not good enough to elevate the ultimate wizard to top status. Dark Magician is a normal monster and is not very good on his own. However, he can become a superstar with the right supporting cast. Normal monsters need a lot of support because they lack effects to be protected on the field. 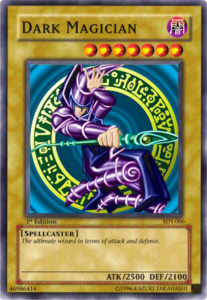 The deck’s headliner is the Dark Magician! He requires a strong supporting cast to be an efficient card. Thankfully, many new cards in recent years have been created to support the Dark Magician. He is a great card to use for XYZ summons, and he is Fusion Material to many awesome Fusion Monsters. He is a threat with the right cards on the field. 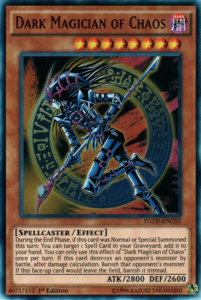 Dark Magician of Chaos is finally legal again. He is the retrained version of Magician of Black Chaos. He can make a major impact in a Dark Magician deck. His skill allows you to draw a Spell card from your Graveyard at the end phase of the turn he was summoned. Dark Magical Circle, The Eye of Timaeus, and Dark Magic Attack are great targets for his skill. He banishes monsters after he destroys them in battle. 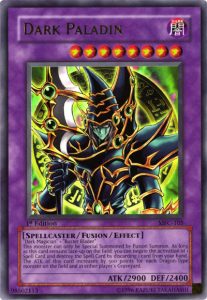 Dark Paladin is my favorite fusion monster of the Dark Magician. He is great against Dragon decks. He gains 500 attack points for every Dragon in both players’ fields and graveyards. In addition to gaining power, Dark Paladin may negate and destroy an opponent’s spell card by discarding a card from your hand. Only use this effect if you must negate your opponent’s spell card. 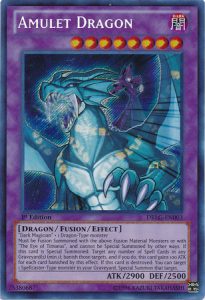 You may banish spell cards from your graveyard or your opponent’s graveyard. Amulet Dragon gains 100 attack points for each spell card banish by this method. This card is fantastic against decks that rely on spell cards in their graveyards. Spellbooks is the first archetype to come to mind, and it is ironic for the Dark Magician to be able to counter his support. If Amulet Dragon is destroyed by your opponent, then you may special summon Dark Magician from the graveyard to the field! 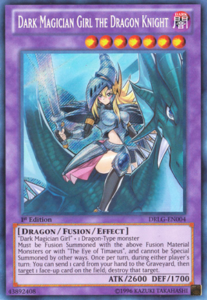 Dark Magician Girl The Dragon Knight is my favorite fusion monster of all time! Her effect is pretty good too! You may activate her effect during either player’s turn. Discard a card from your hand to destroy any card on the field. 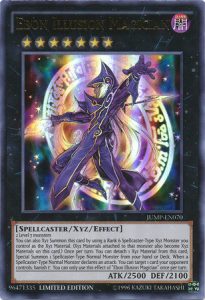 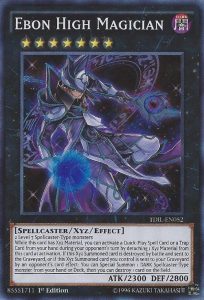 Ebon High Magician is Dark Magician’s second XYZ counterpart. If he is destroyed by battle or sent to the graveyard by a card effect, then you may special summon a Dark Spellcaster from your hand or deck and you may destroy one card on the field. It is the defensive XYZ monster while Ebon Illusion Magician is the offensive counterpart. 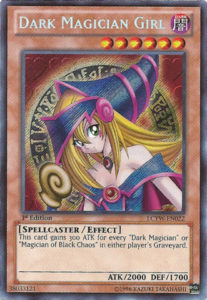 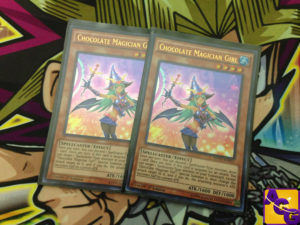 The Eye of Timaeus 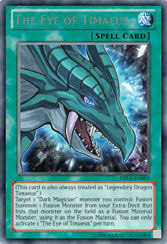 The Eye of Timaeus is all the fusion material you need for Dark Magician and Dark Magician Girl. You have access to all of Dark Magician’s fusions without his fusion partners. You can special summon Amulet Dragon or Dark Paladin from you Extra Deck! 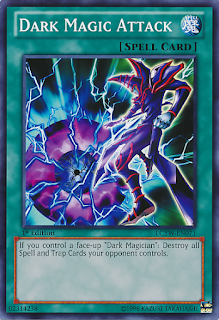 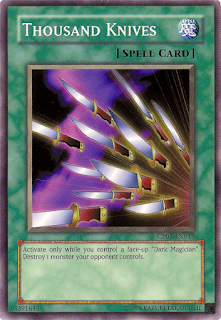 Thousands Knives destroys an opponent’s monster on the field when you control Dark Magician. 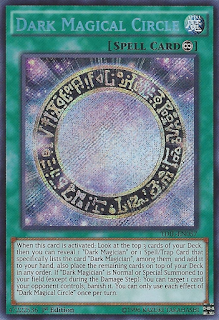 Dark Magician is finally part of the best decks in the game. He takes control of duels by working with his archetype. We no longer rely on cheap gimmicks for a single turn. His new supporting cast has amazing effects. The deck is much faster with new methods to special summon the ultimate wizard. Cards like Dark Magical Circle and Ebon Illusion Magician allows you to control the game. There are a few retro cards that are still good for decks with Dark Magician. Dark Paladin and Dark Magic Attack are good cards to include in a Dark Magician deck. Both cards can tip the duel in your favor. Dark Magician! Dark Magic Attack!