I have many fond memories of Mega Man (1994 TV Series) from my childhood. Saturdays were packed with action from Mega Man in battles against robot masters. Mega Man will steal your powers to defeat Dr. Wily! I still watch my favorite episodes as an adult.

Ruby Spears produced a lot of entertaining episodes, but fans laugh at horrible episode such as Curse of the Lion Men. Ruby Spears captured the spirit of classic Mega Man. Each episode is about Mega Man stopping Dr. Wily’s plans for world domination.

I am ranking the top ten episodes of Mega Man (1994 TV Series). The series has a total of twenty seven episodes from two seasons. It is time to get our weapons ready! 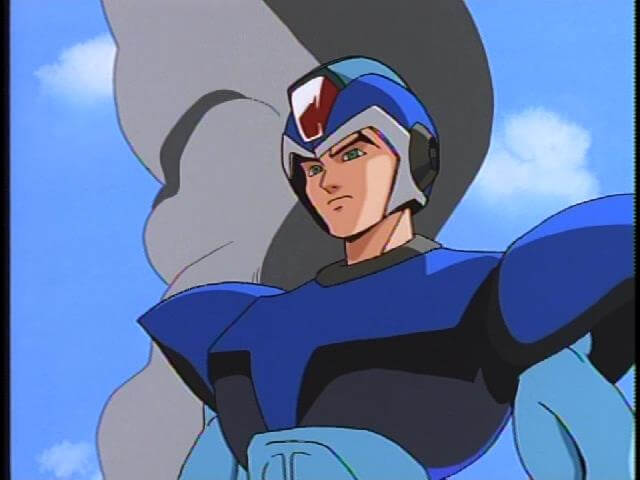 Mega X is one of the most exciting episodes with a lot of action. It is my favorite episode in the series. Mega Man X came from the future to stop Vile and Spark Mandrill from stealing Litanium. Dr. Wily created an unholy alliance with Vile. Therefore, Mega Man and Mega Man X became a dynamic duo to stop these evildoers from both timelines.

Mega X fulfills the fantastic scenario of Mega Man and Mega Man X joining forces to defeat their enemies. This is the only moment in media with both characters together. Dr. Wily referred to Mega Man X as Mega Man’s futuristic cousin. I consider them to be brothers because Dr. Light created both robots.

Furthermore, Mega Man X in this series was a more serious characters than his original version from the video games. He did not hesitate to fire his arm cannon. He was destroying a faculty during his attempts to destroy Vile and Spark Mandrill. 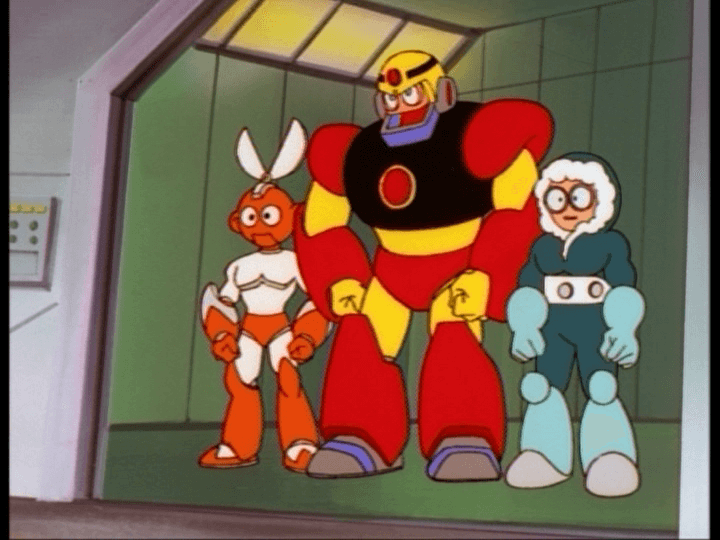 Most games on the NES provided most a game’s story in the instruction manual. It explained the characters and conflicts in retro video games. Players read the manual to understand what is happening. The first episode of Mega Man (1994 TV) series was The Beginning. The Beginning was an fantastic episode to start the series, despite the episode not being fully accurate with the game’s story,.

The writers did an amazing job of recreating the origins for the cartoon. All of the relationships in the series were established and set the tone for the show. The episode explained Mega Man’s origins and Dr. Wily’s evil plan to conquer the world with robots. Proto Man’s origins closely resembled the story from the classic series.

3. Terror of the Seven Seas 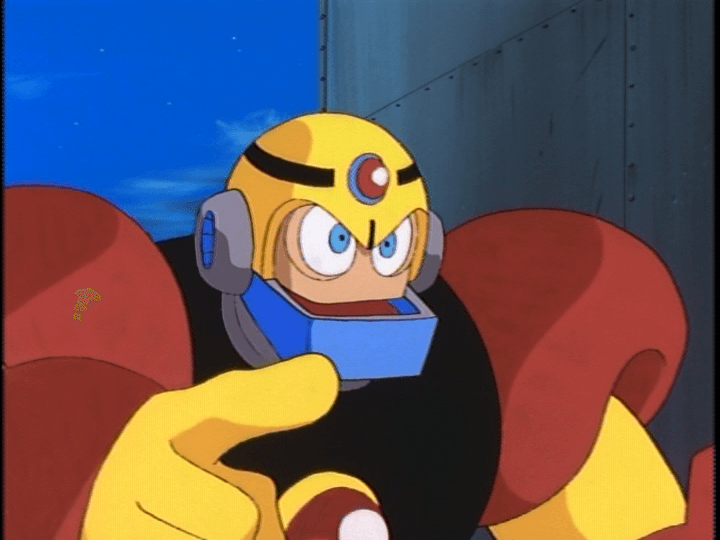 One of the best episodes from season two is Terror of the Seven Seas. This episode is full of action from start to finish. Dr. Wily wanted to control the seas with a navy. He had a brilliant plan to attack the navy and steal their ships. He could of had the strongest naval force on Earth if Mega Man was unable to stop his plan.

The episode concluded with an epic showdown between Proto Man and Mega Man. The fight was short, but it was entertaining to watch. Mega Man was able to defeat Proto Man without using his Mega Buster. 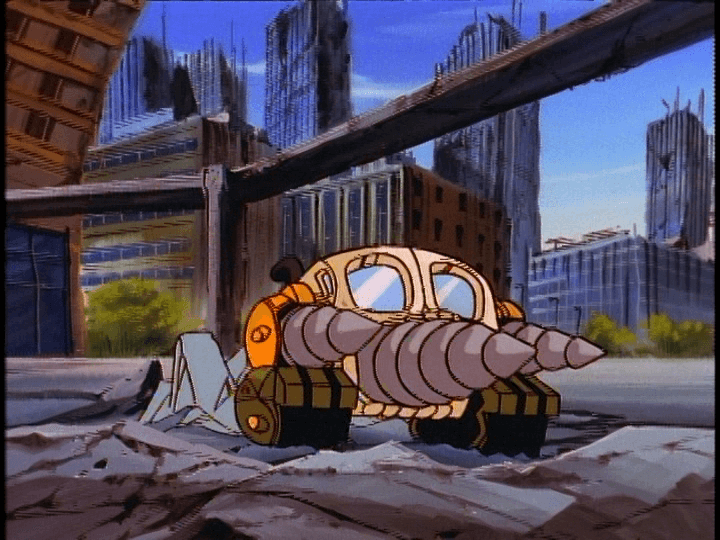 Villains who manipulate the environment to their advantage is a common theme in Mega Man. FreezeMan.EXE controlled the weather in Mega Man Battle Network 2. It is a unique tactic for war. Dr. Wily created artificial earthquakes to attack New York City. Dr. Wily demanded the mayor to surrender the city or he would destroy New York.

Furthermore, The Big Shake has a lot of action. Stone Man and Drill Man accompanied Dr. Wily in this mission, and they were the perfect robot masters for this episode. They fit the theme of the plot. Dr. Wily’s usual crew of Guts Man, Cut Man, and Proto Man also battled Mega Man. Dr. Wily operates a Wily Machine with three drills for causing earthquakes. 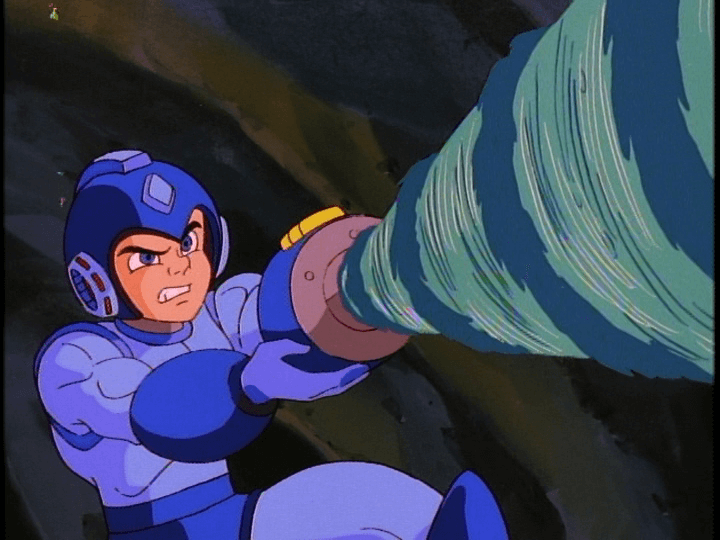 Furthermore, this episode resembles stages and missions from the games. It is full action with many battles. Dive Man and Wave Man were two of the robot masters in the episode. They fit the theme of an underwater mission. Mega Man gained their powers and used their special weapons against Dr. Wily. 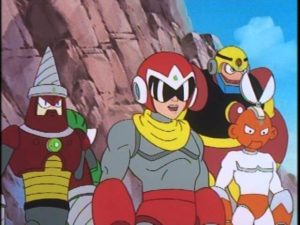 Showdown at Red Gulch is an episode with action, many battles, and excitement in the wild west. Dr. Wily used fragments of a meteorite to increase the power of his robot masters. His scheme in this episode was using the remaining fragments to create an invincible army of robots. Mega Man has many showdowns at Red Gulch to foil Dr. Wily’s vile scheme! 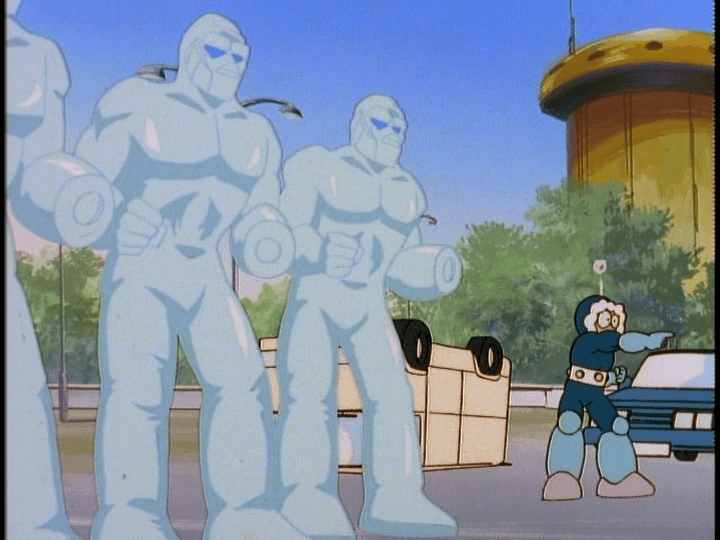 The writers brilliantly used Ice Man’s powers and the technology of the series. The icy robot master froze many areas of the city. Dr. Wily was on the verge of world domination, but the blue bomber would not give up. Mega Man and his family needed to outsmart the villains.

The brilliance in the writing was the scene with Dr. Light tricking Ice Man to believe Dr. Wily and Airman to betray him. Ice Man used icy robots to attack Dr. Wily and try to gain leadership.  This turn of events was a unique twist. Ice Man was disobedient to Dr. Wily similarly to Proto Man in the TV Series and Bass in the video games. 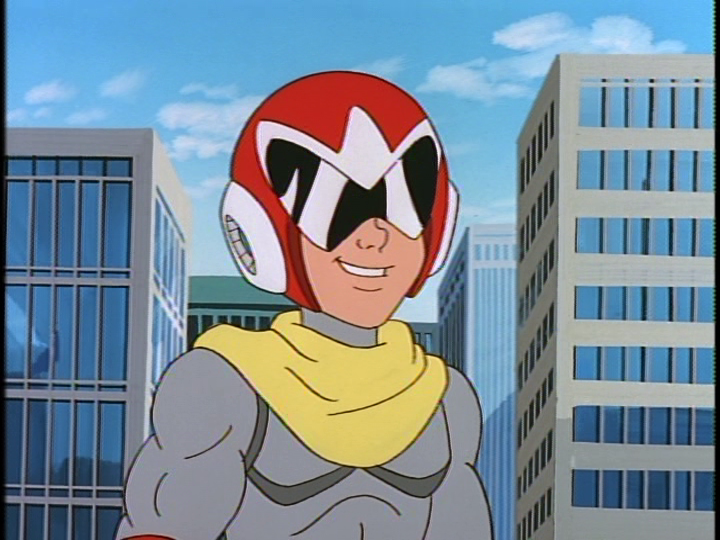 Bro Bots teased the fans with a possible face turn from Proto Man. The episode featured another scheme by Dr. Wily, but the episode’s main story was the relationship between Proto Man and Mega Man. The brothers teamed up for a few battles against Dr. Wily. Proto Man claimed he had changed his attitude, but he was luring his younger brother into a trap. 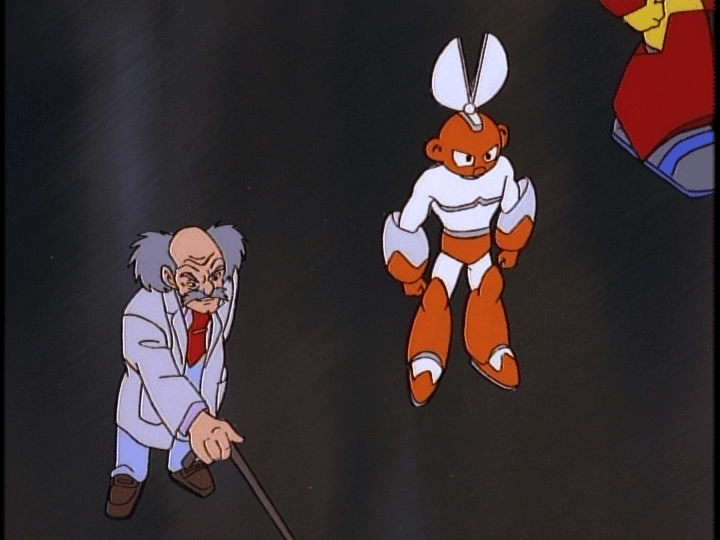 Future Shock is an episode about the future with a dictatorship under Dr. Wily’s iron fist. The evil scientist conquered the world after the blue bomber was sent the future. The world is a dark place with less freedoms due to Dr. Wily’s unfair laws. Dr. Wily has robot cops without morals, a prison for his enemies, and the usual cast of robots masters. 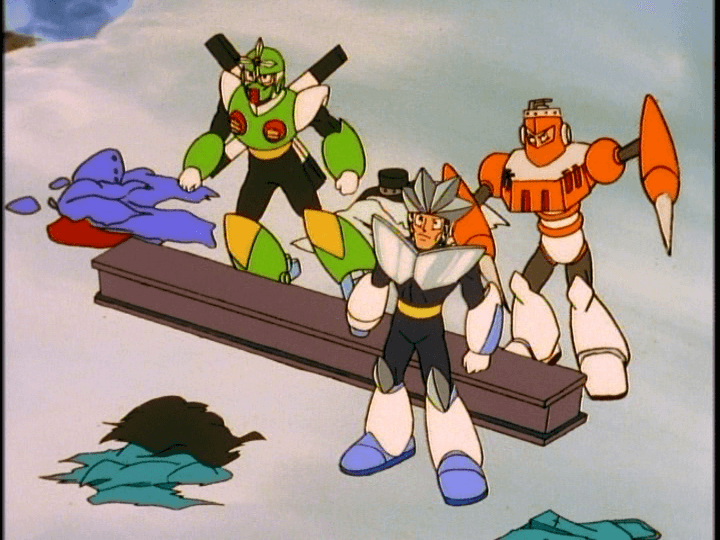 Rock and roll is one of the themes in Mega Man. The writers of the show wrote the perfect episode for music and action. Dr. Wily creates a band of robot masters to be Cold Steel. The popular band uses soundwaves to mind control humans.

Therefore, everyone such as citizens and robot masters were trying to destroy Mega Man. The blue bomber was in constant danger. His only hope was destroying the radio tower to disrupt Dr. Wily’s signal of manipulation. Mega Man battled the epic band of robot masters, Cold Steel with Spark Man, Gyro Man, and Gemini Man.

Overall, the Mega Man television series from 1994 has some good and fun episodes. They overshadow some of the lackluster episodes. The series’ versions of Mega Man X, Proto Man, and Roll are unique depictions of the characters. The action and rock music are exciting, and they bring the classic series to life on television.