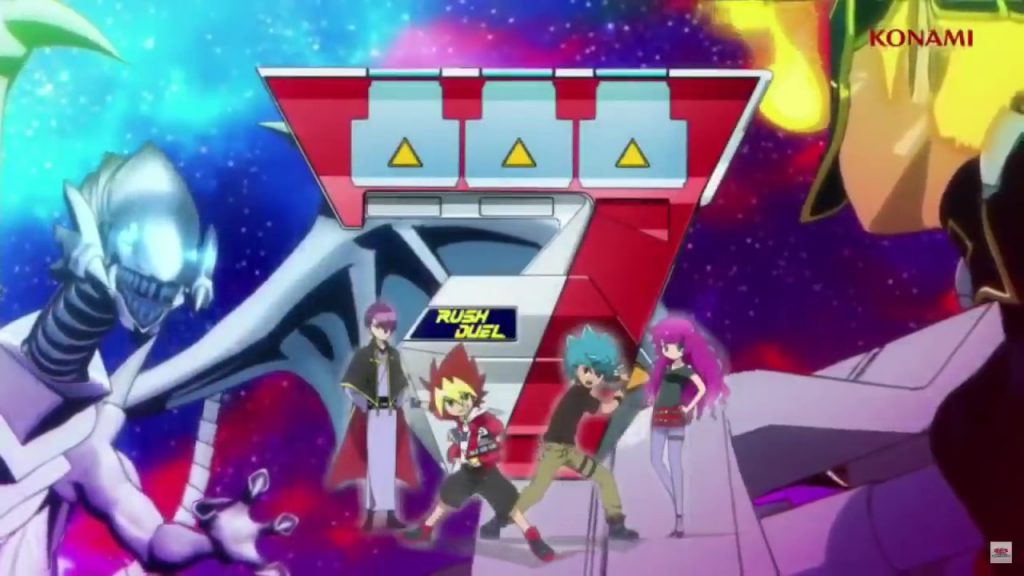 Oudo Yuga is the main protagonist in Yu-Gi-Oh! SEVENS. He thinks duels by adults are very boring, and wants to create his own set of rules. Yuga plans to change the game for the better. He dreams of entertaining the world with his rules for Duel Monsters. His signature card is Sevens Road Magician.

A cooperation named Goha Corp controls society. Goha Corp operates the government, schools, and other things in daily life.  In addition, this cooperation also creates the rules for dueling in the series. Yuga will challenge the rules of this world. This may lead to him battling Goha Corp. 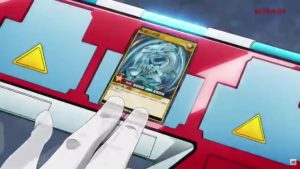 The trailer reveals new designs for the game’s template for cards. The card’s boxes for text and stats are have modern design. A monster’s level is written on a star on the card instead of the previously number of stars on a card. In addition, the artwork for monsters is larger on this new template than the original template. The monster’s artwork remains the same as Blue-Eyes White Dragon has its original artwork.

Yu-Gi-Oh! SEVENS is set to air in April, 2020 in Japan. The series is introducing new characters and monsters to the world of Yu-Gi-Oh! Cards have a new and modern design for today’s players. A release date for Western audiences has not been announced. I will keep you posted with further updates.