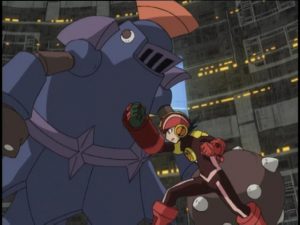 MegaMan Battle Network was a major success on the Game Boy Advance, and has over six games on the handheld console. The series success led to an anime based on it. The anime is known as MegaMan NT Warrior outside Japan. The anime uses the video games as source materials for the plots. However, the writers make a lot of notable changes in the story. Some changes are really good while other changes are horrible ideas.

Additions and changes to the original story are made to keep us viewers interested. The show would not be worth watching if it only followed the story from MegaMan Battle Network. The first few episodes follow the video games. For example, the first episode is about Mr. Match and FireMan (TorchMan) starting fires in houses. Then, the anime starts its own path with more original plots.

On the other hand, not all of the changes are positive. I was annoyed at many major changes when I was a teenager. I played every Battle Network game and can easily recite the story. One of my favorite games in the franchise is MegaMan Battle Network 2, and I still dislike some changes in season two to this day. 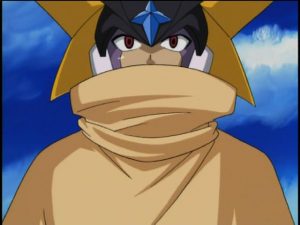 This change is one of the most disappointing changes in the anime’s story. Bass is created by Dr. Cossak as the first solo netnavi. He is falsely accused of causing crimes in the network, and the government attempts to delete him. He survives the battle and wonders in the undernet for a decade. Then, these events leads to him being a main antagonist in Mega Man Battle Network 3 when he aligns himself with Lord Wily, and is a secret boss in every game.

In spite of Bass’s strong story from the video games, the anime’s writers completely change his origins. Bass is originally PharaohMan. PharaohMan commits suicide to avoid being controlled by Lord Wily. He does not want any human operating him. Then, his program regenerates itself, and is reborn as Bass. He becomes an antihero at the end of season four. 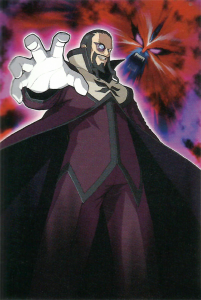 3. Lord Gospel is a robot 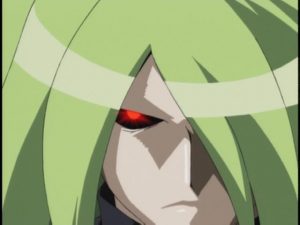 Sean Obihiro is Gospel’s leader also known as Kid Grave in the English version. He uses his cybernetic disguise to hide his true identity from his followers and enemies. There is a possibility that some members know Sean is Lord Gospel. Sean is on the same plane with Lan when Mr. Gauss hijacks the plane. Sean would have risked dying on the plane, and must have a plan to escape with Mr. Gauss.

This same disguise for Kid Grave is used for his anime counterpart. Sean is not a character in the anime, but his disguise is used for a new character. This version of Kid Grave is a robot created by Lord Wily.  Kid Grave serves as a figurehead for Gospel while Lord Wily works behind the scenes. He directs operatives to commit various crimes on the internet. 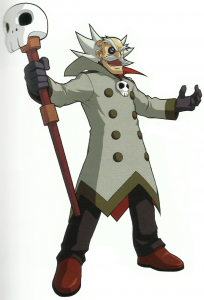 MegaMan Battle Network 2’s ending suggests a person influenced Sean Obihiro to create Gospel. This person is Lord Wily. Lord Wily does not reveal himself in the game. However, there is a WWW server in a secret area, and it appears during the ending. The real Bass appears and deletes a clone created by Lord Wily.

Kid Grave becomes too hungry for power, and Lord Wily shuts down his puppet. Then, Lord Wily reveals himself as the mastermind behind Gospel. He wanted to quietly act behind the scenes to regain his position to control the internet and the world. Fortunately, Lan and MegaMan are able to put a stop to his plans. They destroy the Gospel Virus Beast, thus ending Gospel’s online terror. 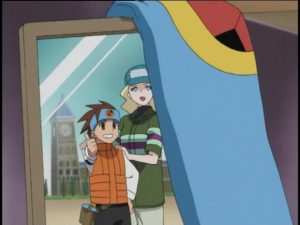 Princess Pride is one of my favorite villains in MegaMan Battle 2. She is a ruthless and cunning politician. Princess Pride is a secret agent for Gospel. She sets a trap to murder all the net agents. Furthermore, her plan leads to Lan and Chaud fighting each other. Fortunately, Lan and MegaMan uncover her plans and exposes her as a corrupt politician.

Despite Princess Pride being a member of Gospel in MegaMan Battle Network 2, her character in MegaMan NT Warrior does not reflect her counterpart from MegaMan Battle 2. She is not a member of Gospel. Instead, she is a very close friend of Lan’s, and is sometimes intimate with Lan in a few scenes. Gospel attacks her twice in season two. Then, she joins Lan’s team in the fourth season. 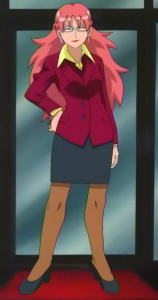 Maddy becomes bored with her new life at Number One Curry. She is not experiencing the same thrills from WWW at Number One Curry. The restaurant is very boring. Then, she encounters Mr. Gauss, and he offers her a job with Gospel. Maddy gladly accepts his offer. However, her new lifestyle with Mr. Gauss is not as fun as she expected. She stops Mr. Gauss from killing Lan, and helps Lan and MegaMan defeat Mr. Gauss. 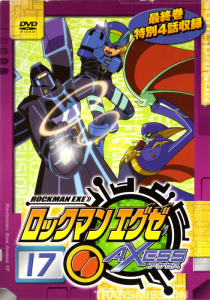 MegaMan NT Warrior takes a different shift after the events from season two. The following game MegaMan Battle Nework 3 reintroduces Lord Wily and WWW. In addition to Lord Wily’s return, Bass plays a major role in the story for the first time. However, season three of MegaMan NT Warrior introduces the Darkloids and Nebula. The return of WWW does not happen in the anime.

This change leads to WWW members from MegaMan Battle Network 3 becoming Darkloids under Nebula. FlashMan, DesertMan, and BeastMan are the WWW members that are Darkloids in MegaMan NT Warrior. They return in season four to become a part of Neo WWW. However, they are not led by Lord Wily instead they are led by Gauss Magnus. 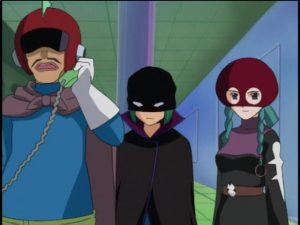 Masa, Miyu, and Sal are your everyday citizens in MegaMan Battle Network. Masa owns a fish stand. Miyu owns an antique shop. Sal is a gardener. However, looks can be deceiving. They have more important roles in the anime.

Masa, Miyu, and Sal have much large roles in the first two seasons of MegaMan NT Warrior. In addition to owning local businesses, they are also net agents for the government to prevent cyber-crimes. Masa’s undercover name is Commander Beef! Sal’s secret name is Black Rose. Miyu’s secret name is Mysteriyu. 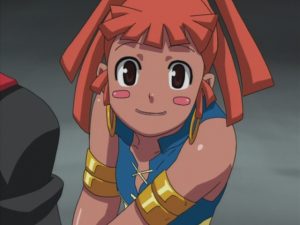 One of the biggest surprises in MegaMan NT Warrior is Anetta’s drastic change to her character. Anetta is a member of WWW (World Three) in MegaMan Battle Network 3. Her netnavi is PlantMan. They attack a hospital in MegaMan Battle 3. Then, Lan and MegaMan stop Anetta’s plan by deleting PlantMan.

However, she does not have relations to WWW or Neo WWW in MegaMan NT Warrior. PlantMan is also not her netnavi as he is a solo netnavi for Nebula. Instead, she is one of the new heroes in season three. Her netnavi is Silk.EXE, and she is deleted in a fire. She becomes close friends with Chaud and Lan.

10. Gauss Magnus is a crossdresser 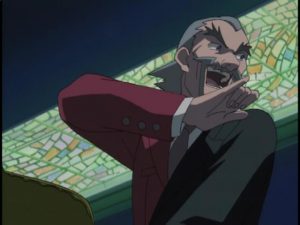 Gauss Magnus is a Gospel agent in MegaMan Battle Network 2. His netnavi is MagnetMan.EXE. He is portrayed as a classy and rich man with many successful businesses. These same traits carryover to his anime character. However, there is one big different between them. Gauss Magnus in MegaMan NT Warrior is a crossdresser! This is revealed in his second episode Working for Grave. He often dresses as a woman during netbattles.