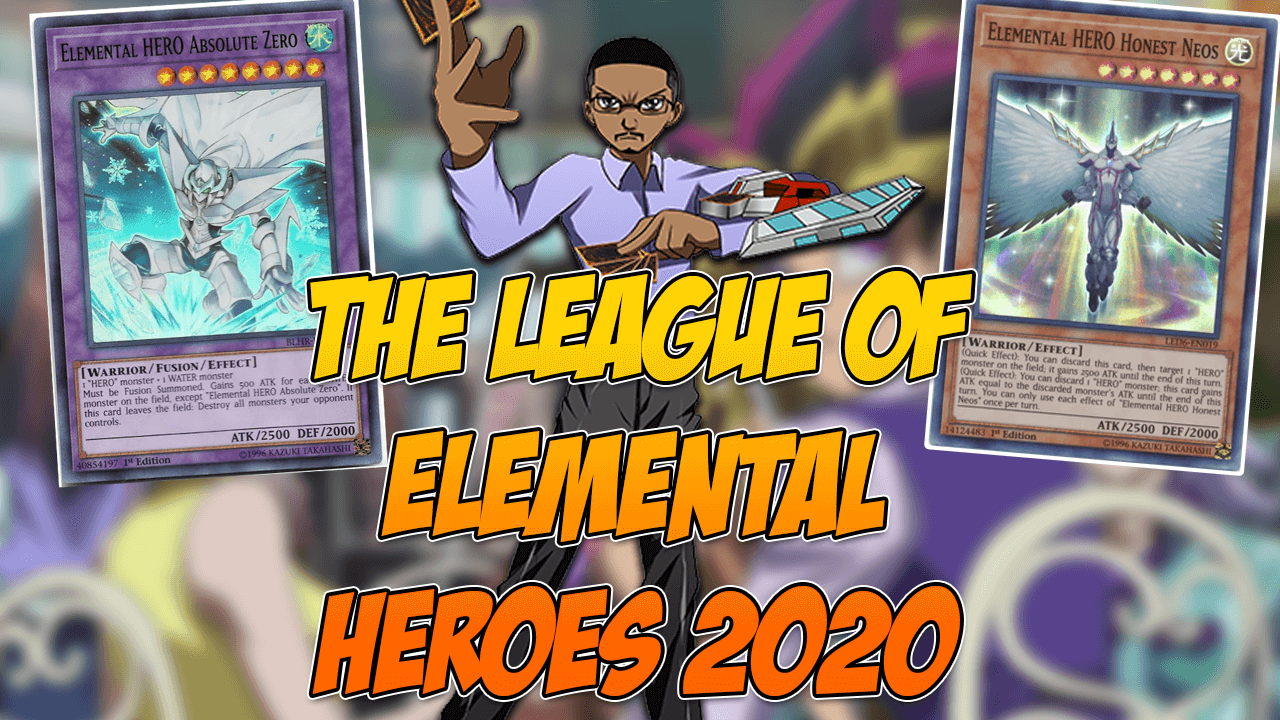 I have always been excited to play an Elemental HERO deck since I watched Yu-Gi-Oh! GX. It is one of the most fun archetypes in Yu-Gi-Oh!. Elemental Heroes rely on their monsters to gain resources and powerful monsters from extra deck to control the field.

I built my deck, The League of Elemental Heroes with many of the most recent cards in the archetype. The deck features popular cards such as Elemental HERO Honest Neos. Konami is always creating new cards to enhance the deck. I will be updating this deck for many years. My team of superheroes are ready to duel.

The main deck has 40 cards in total. I am playing 20 Monsters, 15 Spells, and 5 Traps. This ratio of cards maintain consistency.

The extra deck features 15 cards. They include Elemental Heroes, Masked Heroes, and Xtra Heroes. These monsters have powerful effects, and they can deliver massive damage in combat.

The strategy for the League of Elemental Heroes is playing powerful Fusion Monsters with amazing effects. The deck can control the field with destructive effects. I can gain advantages from cards such as Elemental HERO Absolute Zero and Elemental HERO Sunrise. They destroy the opponent’s monsters.

Furthermore, Elemental HERO Stratos is the heart and soul of the main deck. He adds a HERO to my hand or he can destroy the opponent’s Spells and Traps. He adds another option for controlling the field and game.

Elemental Heroes in the Main Deck 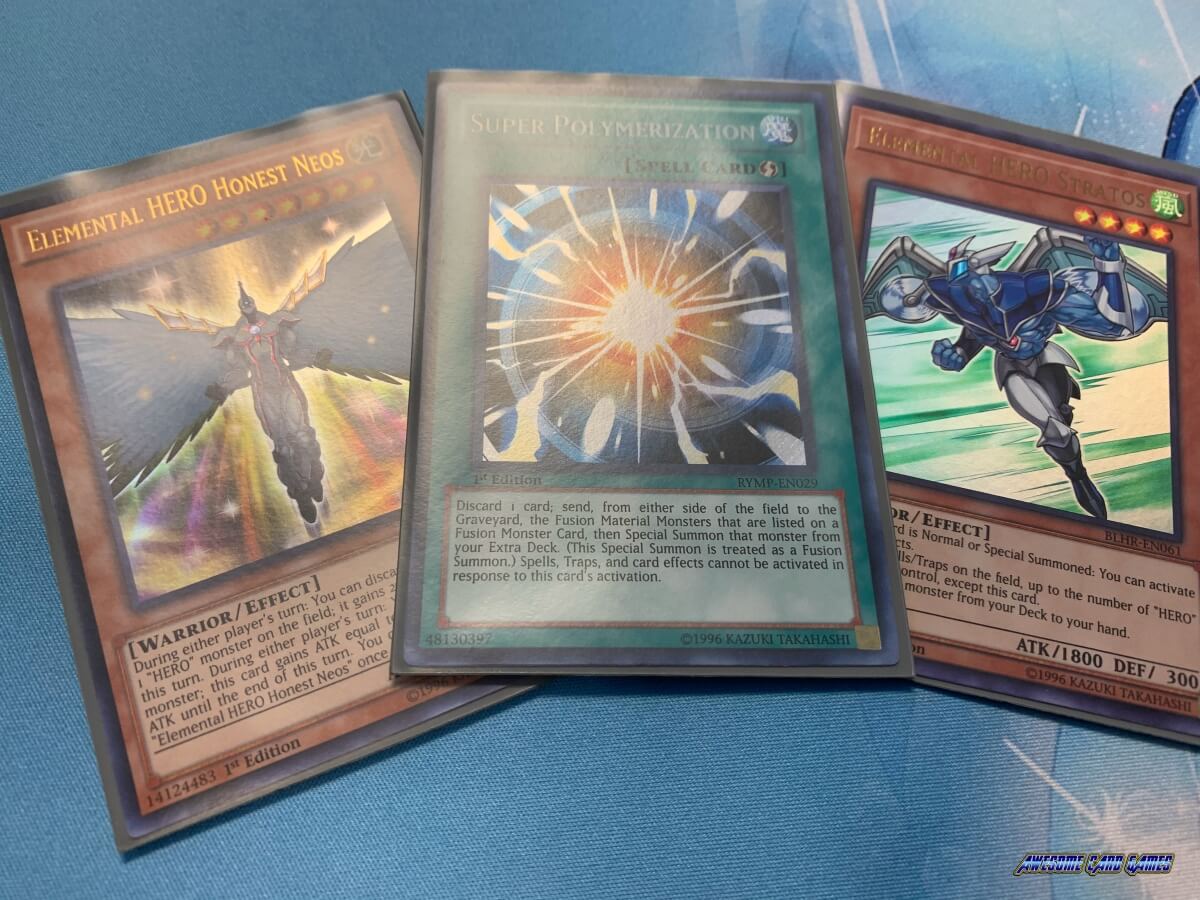 The Elemental Heroes in the main deck have synergy with each other. They create powerful combos to generate an advantage. They build momentum in my favor with their powerful effects. I gain access to cards for combos and these effects set up the deck’s powerful Fusion Summons.

Elemental HERO Stratos sets the deck’s strategy in motion. He adds flexibility for an advantage. I can use his effect to add a HERO from the deck to my hand. I also have the option to destroy the opponent’s Spells and Traps if I have at least one other Elemental Heroes on the field.

The Extra Deck is the Elemental Heroes’ key to success. The archetype’s best monsters are Fusion Monsters with powerful effects. I will be constantly using the extra deck throughout my games. I am summoning the deck’s best monsters.

In addition, Masked HERO Dark Law is one of my favorite Fusion Monsters in the game. He enforces the rules by banishing a card from my opponent’s hand after he or she draws an extra card. I prevent my opponent from gaining an advantage.

In addition, E – Emergency Call adds consistency to the deck. I have instant access to a monster to set up combos and fusions. I can fusion summon one of the deck’s best monsters to counter my opponent’s strategy.

This deck is running five trap cards. The most important one is Hero Signal. It gives me access to an Elemental HERO from the deck! My opponent may destroy one of my monsters, but I will gain a new monster to replace it. My life points have protection, and I can use this new Elemental HERO as fusion material.

Bottomless Trap Hole is another useful Trap. It removes an opponent’s monster from the field after the opponent summons the monster. Many decks are unable to regain access to a banished monster.

My latest version of The League of Elemental Heroes is a consistent deck with the potential to beat many decks. The new cards for the archetype in recent years have elevated the deck to be a competitive deck.

Also be sure to subscribe to Awesome Card Games on YouTube. My channel features the deck profile for The League of Elemental Heroes and many more decks. I also showcase my decks in duels with my friends.