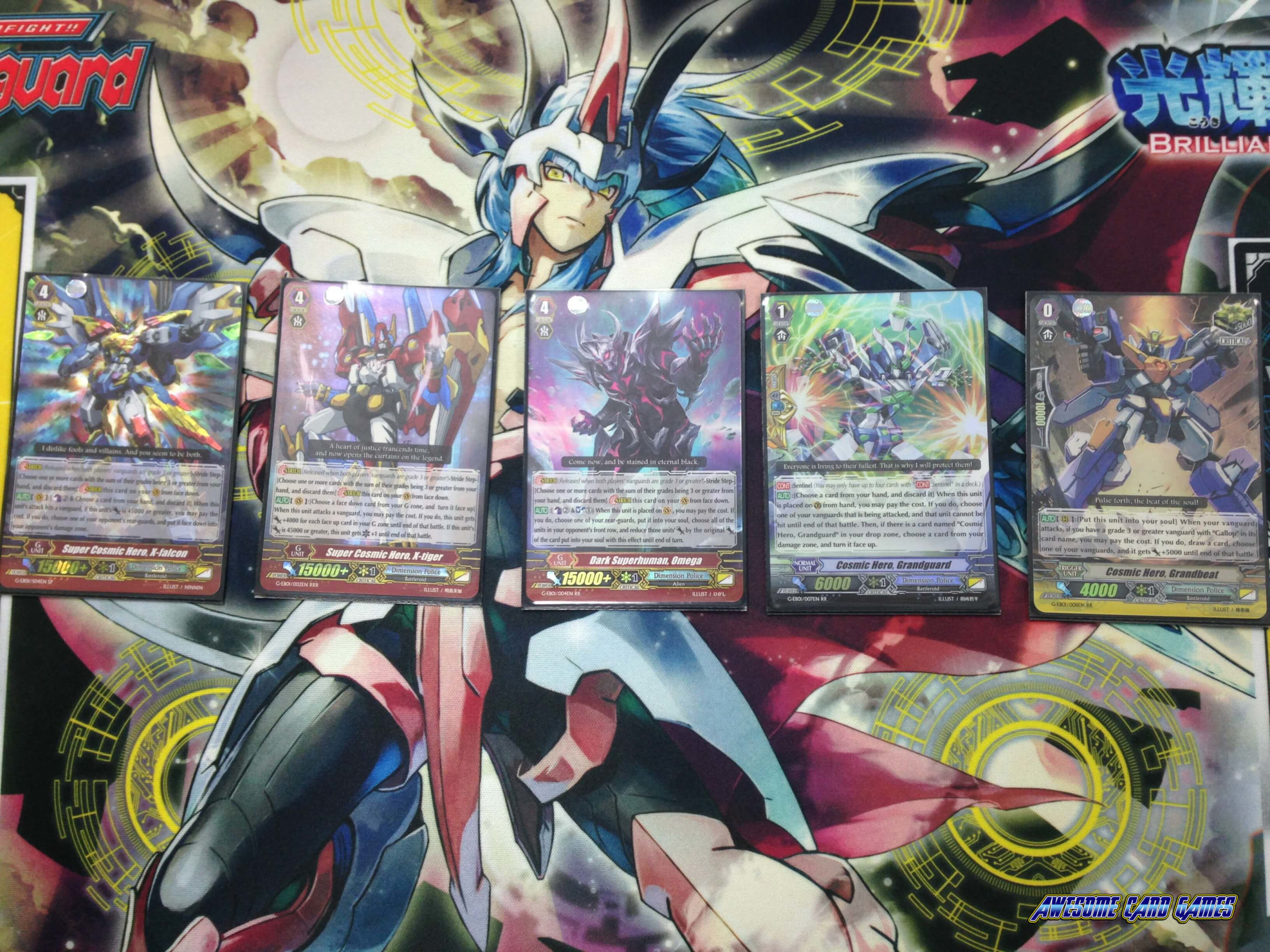 Cosmic Heroes are the newest archetype in the Dimension Police clan. Their strategy is building the vanguard’s power to trigger skills. There are a few units that allow you to also give power boosts to rear-guards. These cards are also generic so they can be added to decks such as Dimensional Robos and Metalborgs. Cosmic Hero, Grandrope is a Stride enabler.

In addition, Cosmic Hero, Grandguard is Dimension Police’s new perfect guard. This is a generic card for all of the clan’s decks. Cosmic HERO, Grandguard counter charges damage. You can regain an important resource, and you will be able to consistently activate abilities.

Dimensional Police pretty much copied DBZ CCG’s quote to hit hard and hit often. Super Cosmic Hero, X-falcon and Super Cosmic Hero, X-tiger are designed to quickly win games. Either your opponents block your vanguard’s attack with a perfect guard or they will be booted out of the tournament!

Al in all, I’m very impressed with the cards from Cosmic Roar. There are a lot of very good cards in the set. I pulled a SP, RRR, and three RR cards in a single box. It was loaded with awesome cards to build an all-star deck. Cosmic Roar has a little of everything for Dimension Police players.

If you play Cosmic Heroes, Enigmans, Metalborgs, Super Dimensional Robos, or Zeal, then there are new cards for your deck. Cosmic Roar sets a new standard for extra booster sets. More extra booster sets for one clan need to give new support to every archetype in that clan. Get your hands on this set to unleash justice!