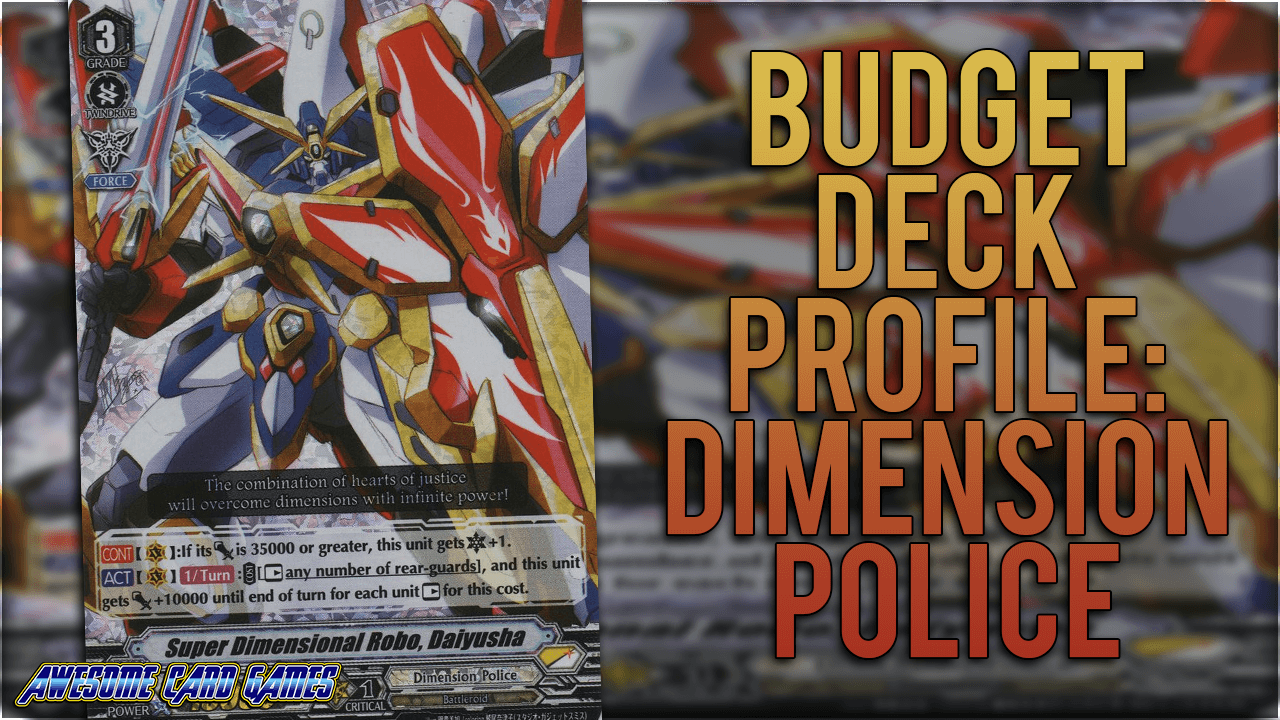 I have been playing Cardfight!! Vanguard for eight years, and this is my first deck for Dimension Police. I have never played the clan before today. It is time to expand my horizons and unleash the heart of justice! I have only played against Dimension at my local game store. Only one player plays a premium deck with Gallop.

This is a budget deck of Dimension Police. The majority of the cards in this deck cost less than two dollars. The most expensive card in the deck is Super Dimensional Robo, Daizaurus. It is one of the few cards with a price above two dollars. Overall, the deck costs slightly less than $50.

My units in the front row are the leaders of the deck. The primary offense comes from my vanguards. They are constantly pressuring my opponent in the mid and late games. In addition, the rear-guards complement each vanguard’s abilities. They add power to the vanguard, and restrict my opponent’s defenses.

First, Super Dimensional Robo, Daiyusha pressures the opponent throughout the game. This powerful robot can deliver two points of damage from its attack before adding critical triggers. It forces my opponent to guard with a lot of cards or a single perfect guard. Super Dimensional Robo, Daiyusha is not an easy vanguard to stop without a perfect guard. It’s power can quickly increase above 40,000 due to its and my rear-guards’ skills. 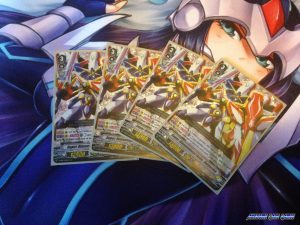 My rear-guards have strong synergy with my vanguards. They either give power to my vanguard or gain special skills when my vanguard’s power reaches a certain level. There is always interaction with my units to maintain consistency. For example, Dimensional Robo, Dailander does not allow my opponent to intercept my units in battle. My vanguard has a greater chance to hit my opponent’s vanguard.

Dimensional Robo, Daibrave is the most essential rear-guard in the deck. He consistently adds 5,000 power to my vanguard. His skill only costs a single Soul Blast. I should always be able to pay the cost for the power. Thus, I can always fulfill the requirements for the first skill of Super Dimensional Robo, Daiyusha.

I tested my Dimension Police deck with my friends at locals. The deck is very consistent. I won four out of five games. My friends played Dragonic Overlord, Narukami, and Murakumo. Narukami was the biggest challenge. My friend was binding my rear-guards to weaken my offense.

All in all, I am enjoying my budget deck of Dimension Police. It feels great when an idea for a budget deck works well. I now understand why many people love this clan. It is a fun and casual deck. It is a perfect deck for casual players like myself.