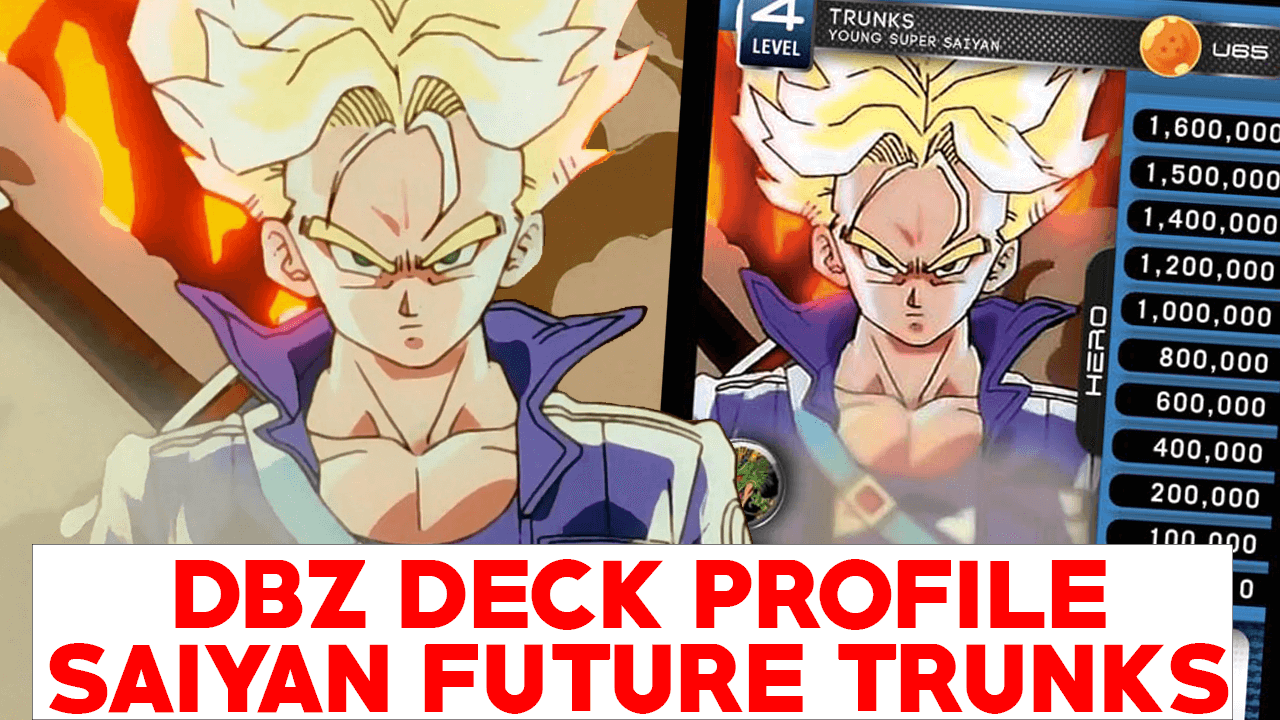 Move over Link! Future Trunks is the greatest hero of time. Future Trunks is my favorite character in Dragon Ball Z. He deserves a series of his own. I’m sure he can carry a show with a totally different look, then our usual DBZ cast. I will be playing Future Trunks until I get bored of the deck which is unlikely. Future Trunks is the second strongest character in the game behind Goku at the moment in the meta. That will all change after Supers Saiyan Vegeta and the Androids make their appearance in set four. Future Trunks hits hard and hits often thanks to his high power level. He can do major damage with his physical attacks.

I love playing midrange decks! If you have been following my blog or YouTube channel, then you already know most of my decks are midrange decks. My Saiyan Future Trunks deck focuses on controlling the field as much as possible and hitting hard often. Future Trunks’ powers are great at controlling combat. You can look at the top cards of your or our opponent’s deck and rearrange them in any order at the start of combat. Saiyan Empowered Mastery helps to quickly level up Future Trunks to become too overwhelming in combat.

Trunks’ high power level enables him to give a lot of damage from his physical attacks. I can keep opponent’s main personality’s power stages low to deal extra life cards of damage when his or her power stages are at zero. Saiyan Clothesline is one of the best physical attack cards in the deck. The damage doubles when Future Trunks has the highest power level which will be most of the time against almost every character.

Banishing is the name of my game. One of the deck’s strongest methods of controlling the field is by banishing cards. Banishing cards from the game is a huge advantage. Future Trunks’ first two levels’ powers banish a card in your opponent’s discard pile. Trunks’ Sword Slash gets the job done by banishing up to six cards from my opponent’s discard pile. Dragon Ball Z Trading Card Game uses every bit of its structure including the discard pile. It will limit cards such as Visiting The Past. I don’t want my opponent to use Times Is A Warrior’s Tool more than one per game. I can take away Ginyu’s destroyed allies early in the game before he becomes too powerful to handle in the late game.

Allies play an important role in controlling the field, defending Trunks and taking over combat when necessary. Bulma is the key ally in the deck. Her ability to restrict my opponent from playing any card that is attached to her is a major advantage. I can stop my opponent from playing good cards such as Time Is A Warrior’s Tool and Visiting The Past. Krillin is also fantastic. He destroys Drills at the start of my rejuvenation step. Yamcha shuffles a Setup, Drill, or Ally in play into my opponent’s deck after his energy attack hits him or her.

I will be upgrading the deck with Future Trunks’ new cards from set four Evolution. I’m wishing Vegeta will get a strong hero ally card for I can add it to the deck. There are also some cards that I should play as a full set instead of having one copy such as Saiyan Wrist Block. I will get these cards soon. I have not had a chance to test the deck. There are two other players at my locals so hopefully I will get a chance to test it soon.