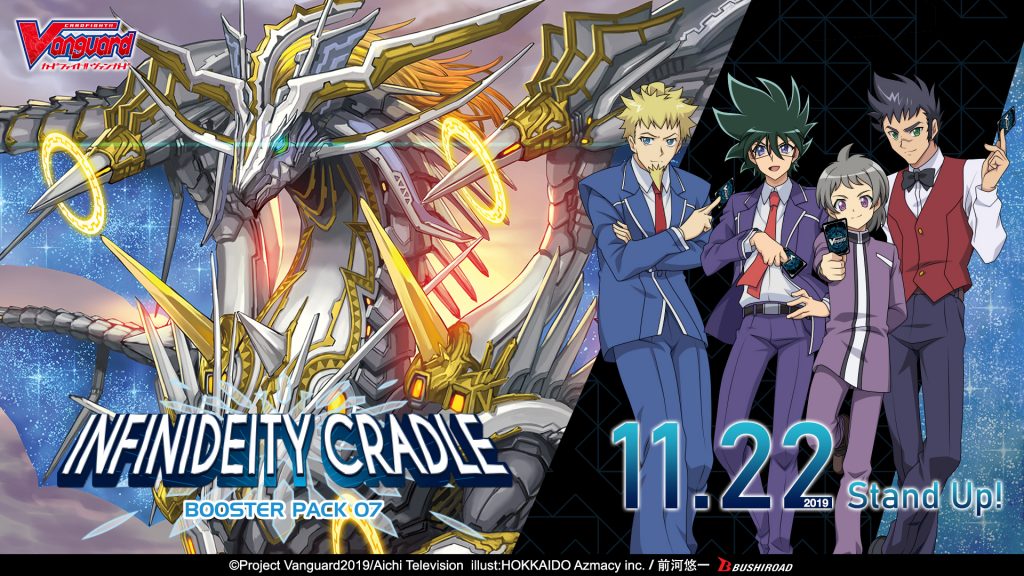 We finally have new support for Angel Father. The new deck’s new headliner is Cosmo Healer. Its unique effect sends rear-guards to the damage zone to gain abilities. However, this is a double-edged sword. Its second ability relies on your opponent having face up cards in his or her damage zone. Thus, your opponent has resources to use his or her cards’ effects. 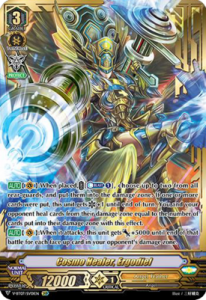 Genesis receives a lot of new cards to support their ability to create an Astral Plane. V Booster Set 07: Infinideity Cradle serves as an extension to Trial Deck V09: Shinemon Nitta. Many new units such as Quaking Heavenly Dragon, Astraios Dragon have the ability to create Force markers. Therefore, the new cards accelerate the deck’s strategy. You can quickly create an Astral Plane for your Astral Deity. 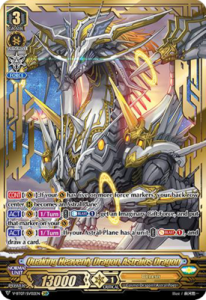 Nova Grapplers’ strategy in Infinideity Cradle is increasing the power of Front Triggers. You create a very powerful front row of units. Your vanguard and rear-guards are the focal points of the offense. Furthermore, Fighting Fist Dragon, God Hand Dragon gains triple drive to increase your odds of checking a Front Trigger. This display of offense can overwhelm any opponent! 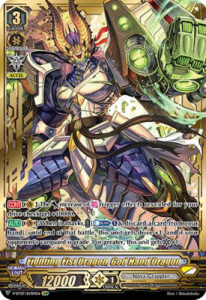 [CONT](VC):The [Power] increase of [Front] trigger effects revealed for your drive check get +10000.
[AUTO](VC):When it attacks, COST [Counter Blast (1) & discard a card from your hand], until end of that battle, this unit gets drive +1, and if your opponent’s vanguard is grade 3 or greater, this unit gets [Critical]+1.

Finally, Nubatama gains a unique ability, and becomes the second clan with the ability to create tokens. Bushiroad introduces Evil Decoy Tokens in V Booster Set 07: Infinideity Cradle! These decoys are defensive cards with the ability to intercept! Furthermore, the deck’s new headliner, Evil Stealth Dragon Akatsuki, Hanzo uses Evil Decoys as a fuel for his special ability! He gains 20,000 power and forces your opponent to discard cards! 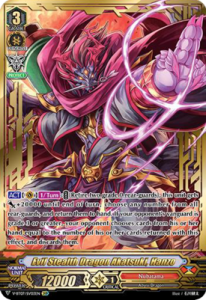 [ACT](VC)1/Turn:COST [Retire two grade 0 rear-guards], this unit gets [Power]+20000 until end of turn, choose any number from all rear-guards, and return them to hand. If your opponent’s vanguard is grade 3 or greater, your opponent chooses cards from his or her hand equal to the number of his or her cards returned with this effect, and discards them.