I’m ranking the top ten allies based on their powers and usefulness in decks. Allies are our amigos on the battlefield. They are not required in most decks, but they can provide great abilities to give you an advantage over your opponents. Their powers set up powerful combo plays and defend our Main Personalities from attacks. Some powers are combative while others search our decks for cards. Choosing the best allies for your decks depends on your deck’s Main Personality, Mastery, and strategy.

Captain Ginyu is the most hated personality from the first set and is now the most hated ally in Heroes & Villains. His continuous effect forces your opponent to play with his or her hand revealed at all times. The skill makes you one step ahead in combat. It does not have any fallback to it. Your hand is safe from your opponent’s eye. 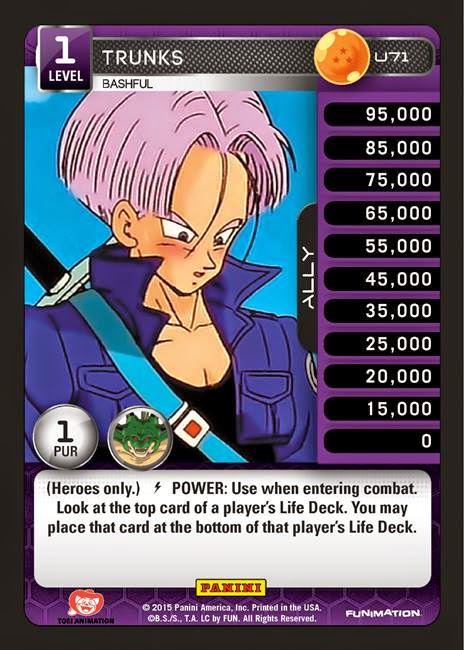 Seeing into the future is Future Trunk’s theme. The hero of time changed the past for Goku and friends to live a better life by defeating the android threat. Future Trunk’s ability is instantly activated at the beginning of combat. You can choose to keep the top card of a player’s Life Deck on top or place it at the bottom of the Life Deck.  You can either look at your Life Deck’s top card to see if it has endurance or you can look at the top card of your opponent’s Life Deck to prevent your opponent from drawing a powerful card. 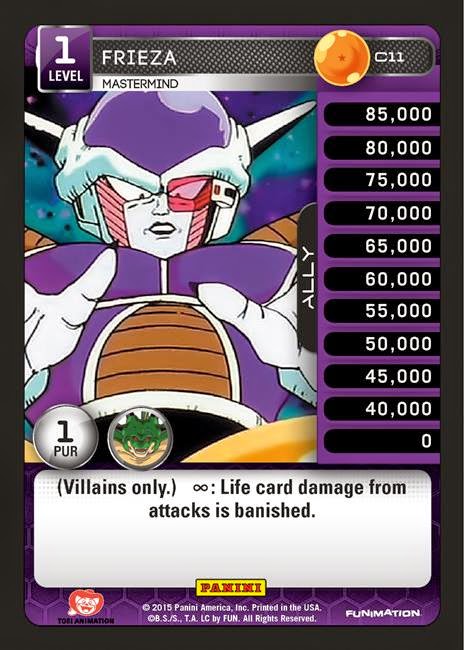 Frieza banishes all Life Card damage from attacks. There is the potential to banish key cards from your opponent’s deck. They will be unable to return the cards to the deck or field with card effects and rejuvenation. Unfortunately, this skill also effects Frieza’s owner as well. This stimulation makes the card balance instead of severely dominating one player. You will also lose your best cards when you take Life Card damage. This is one gamble I’m willing to roll on the dice on! 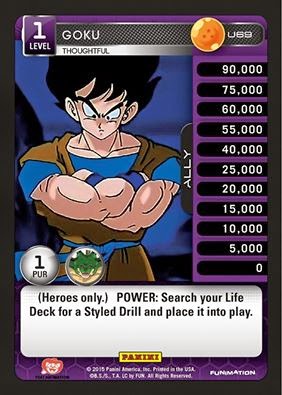 Goku’s power searches your Deck Life for a Styled Drill and place it into play. Orange decks can run much faster with Goku searching for Drills. If your Hero decks are running Drills, then Goku is a great ally to add to your deck. 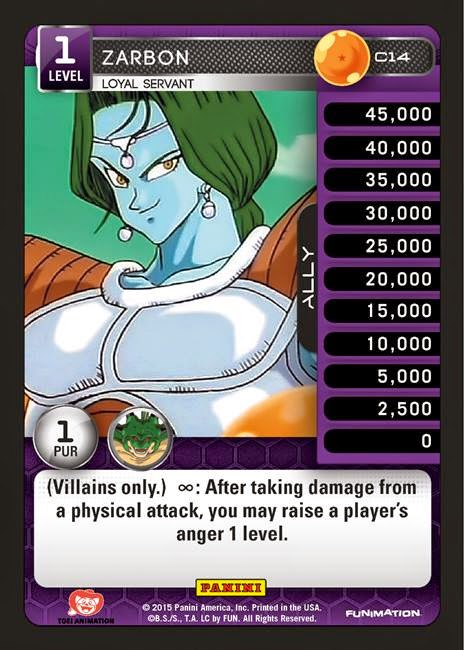 Zarbon is screaming “hit me” as a ploy to gain anger. Redirect damage from physical attacks to your allies to gain free anger. This is by far the cheapest method to gain anger in every Villain deck. Vegeta, Nappa, and Raditz can gain even more anger by using a Saiyan Mastery and Zarbon. He also helps Captain Ginyu to quickly level up, and Ginyu becomes more dangerous with stronger skills in every level. 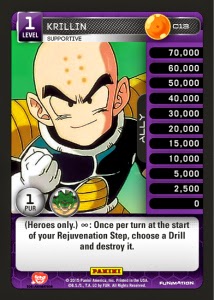 Goku’s best friend shows his hidden powers in his ally card! Once per during your Rejuvenation Step, you destroy a Drill in play. Your opponent will quickly lose his or her Drills during your turns. However, Krillin’s power is not optional because you must use his skill regardless of who has Drills in play. He can be risky to play because he can destroy your Drills if you are the only player with a Drill on the field. 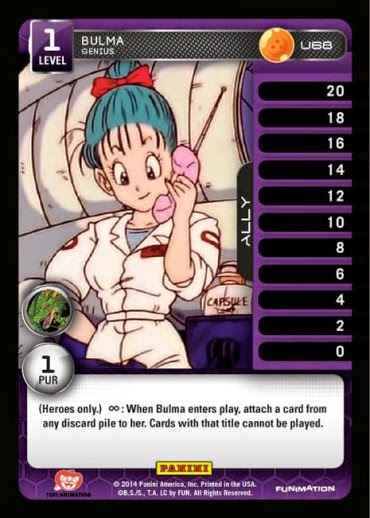 Bulma is a fanatic card in every Hero deck. She prevents your opponent from playing multiple copies of a key card in his or her deck. Know your enemy! Always choose a card that is most likely in the type of deck that your opponent is playing. 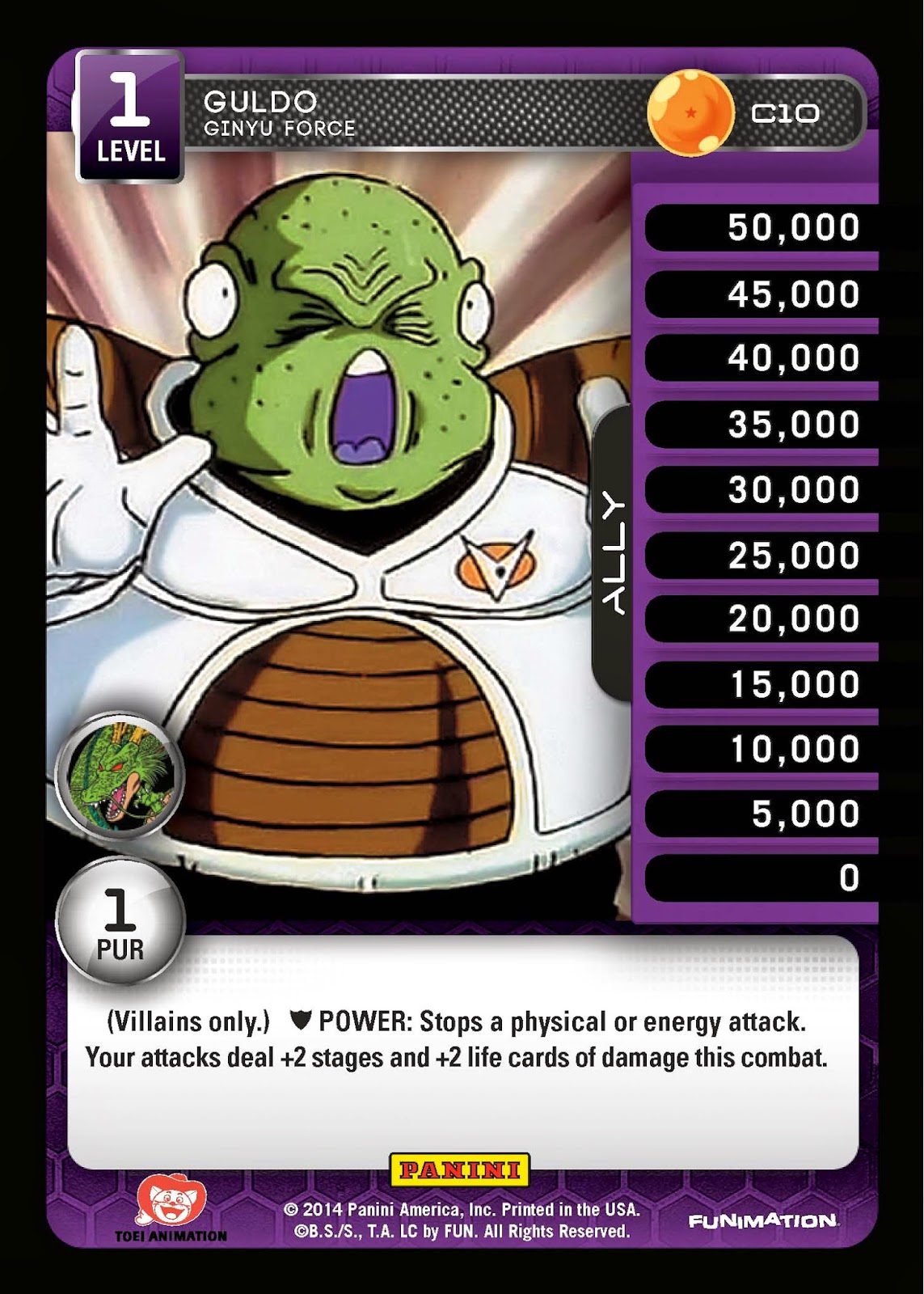 The small guy in the Ginyu Force is best ally in Captain Ginyu’s deck. He’s a constant defender and provides additional damage to your attacks. Burter and Guldo are a powerhouse combination in making your attacks stronger. 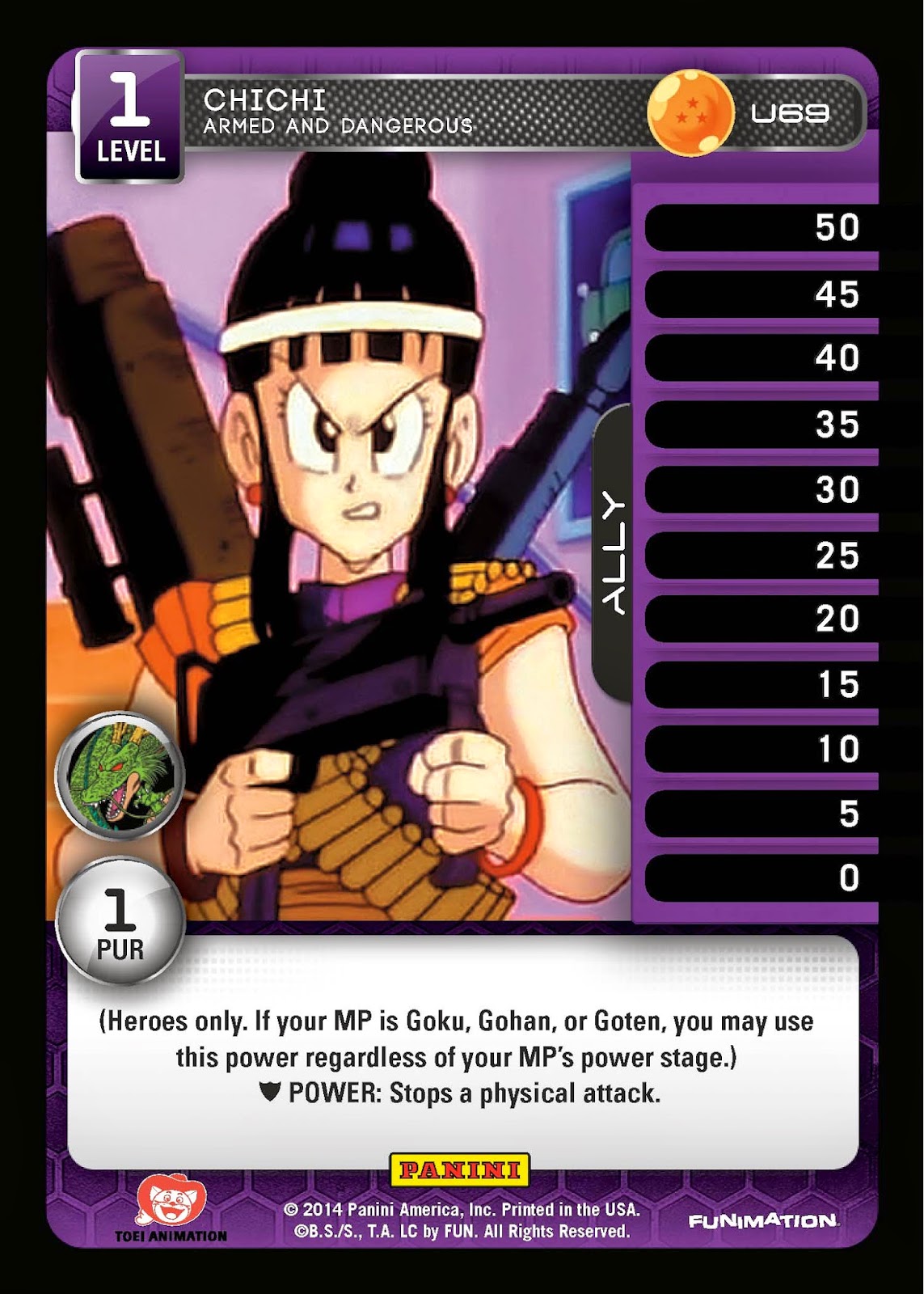 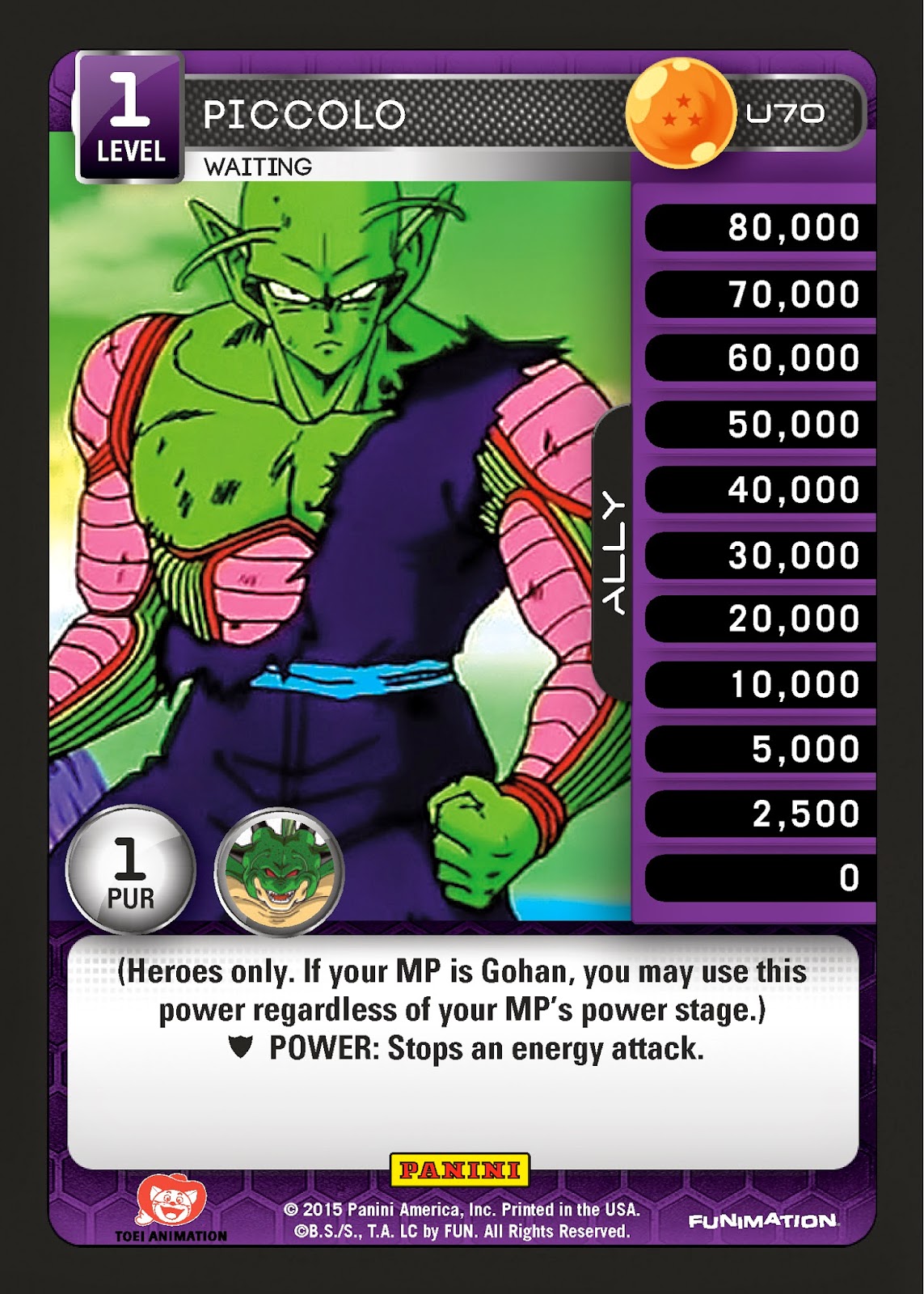 Gohan’s role models in life are Chi Chi and Piccolo, and they love him very much. They love him so much that they are willing to sacrifice themselves in the line of fire. Piccolo stops energy attacks and Chi Chi stops physical attacks. Having Gohan as your Main Personality and both allies on the field is a very strong defense. They can use their powers at any time in combat regardless of Gohan’s power stage. 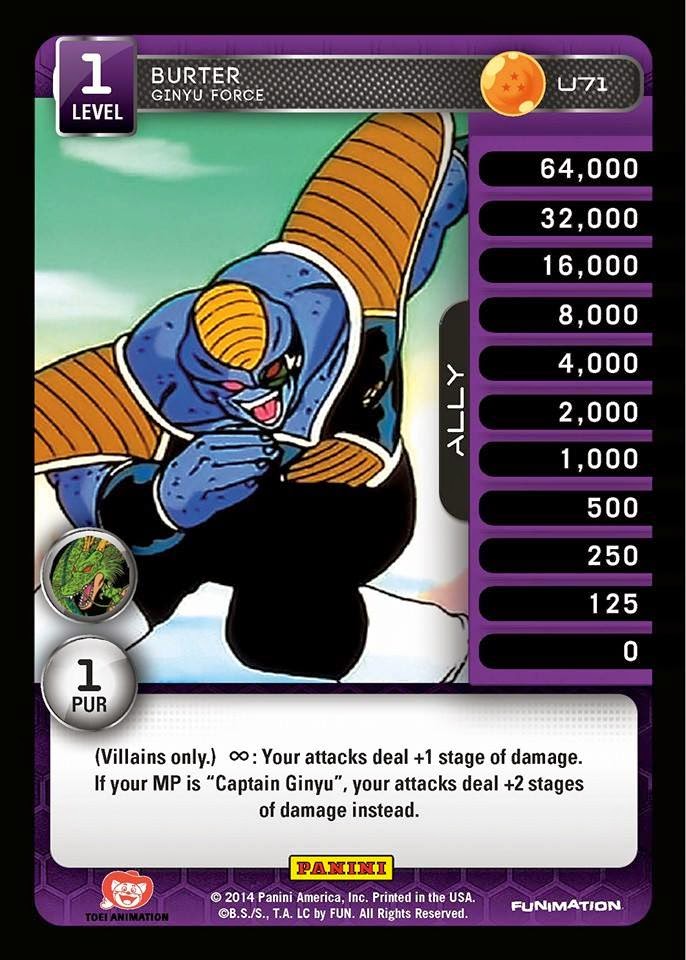 The fastest warrior in the universe provides additional pressure by giving attacks +1 stage of damage and +2 stages of damage if Captain Ginyu is the Main Personality. He is one of the best Ginyu Force allies in Captain Ginyu’s decks because your allies can also use their powers in combat thanks to Captain Ginyu’s powers.