Dragon Ball Z is known for having the infamous power creep known as power levels. Power levels represent how powerful a character is at a given point or time. Power levels can increase or decrease base on numerous factors such as training, laziness, proper fusion, improper fusion, and transformations.

Score implemented the idea into Dragon Ball Z Collectible Card Game. Most characters’ power levels increased in each set. The game naturally experienced power creep with almost every release just like every new saga. However, some weaker cards from earlier releases were more popular chooses because their powerful skills can overcome their low power levels.

Unfortunately, Score gave a few characters unjustified power levels. These characters are either far stronger or weaker than they should be. Their power levels are so ridiculous that they make me scratch my head. 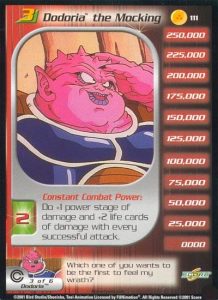 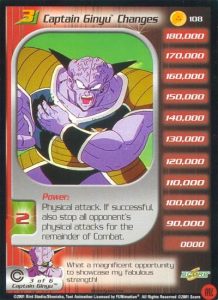 Level 1 Bardock Is A Weakling and Levels 2 & 3 Bardock Are Overpowered! Level 1 Bardock’s power level is a mediocre 1,000. Bulma, Chi-Chi,‎ Chiaotzu, Tien, and Yamcha from the Saiyan saga booster set are just as strong as Level 1 Bardock. His power level is too low for this card. Sure Bardock is a low-class Saiyan, but he proves he is stronger than any flawed system’s stats. He can easily defeat most of the Z-Fighters from Saiyan Saga.

Levels 2 and 3 Bardock are way too powerful. Level 2’s power level is 30,000 and Level 3’s power level is 105,000. Bardock’s power level in the movie Bardock – The Father of Goku is only 10,000. This means Bardock Levels 2 and 3 should be more powerful than most of the personalities in the Saiyan Saga booster set. Goku and Vegeta are the only two characters from the saga who are stronger than Bardock.

Bulma and Chi-Chi Are Stronger Than Most Villains. 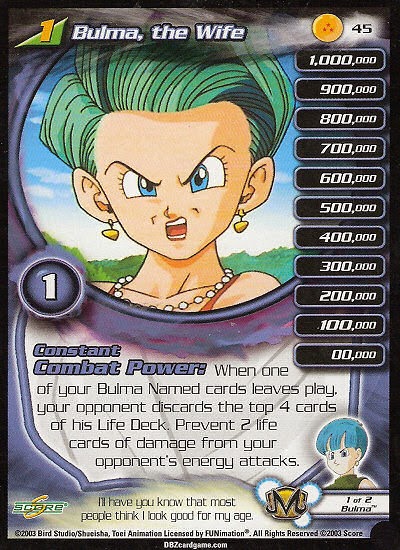 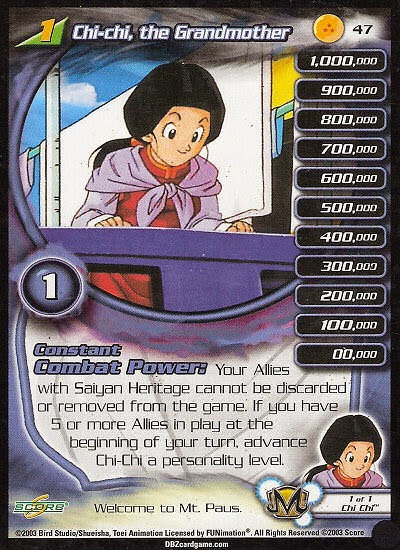 The Kid Buu Saga was the final installment of the original Dragon Ball Z CCG. The set gave two unlikely characters an unjustified power creep beyond a person’s wildest imagination. Bulma’s and Chi-Chi’s power levels are 1,000,000. They are more powerful than Captain Ginyu, Garlic Jr., Nappa, and Raditz. Chi-Chi should be stronger than Bulma because she is a trained fighter. However, neither Bulma  and Chi-Chi should be stronger than any villain in Dragon Ball Z and Dragon Ball GT.