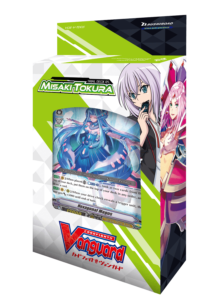 One of my favorite decks was built with V Trial Deck 05: Misaki Tokura, and this trial deck features Oracle Think Tank. Oracle Think Tank is a great clan for veterans. The deck manipulates the top cards of the deck, and you increase your chances of checking triggers. Powerful cards in the deck draw additional cards to strengthen your defense.

I recommend V Trial Deck 05: Misaki Tokura to veterans and players, who enjoy the strategy of manipulating their decks. You need good skills to master this deck. The cards have simple abilities, but you must make wise decisions to control the flow of a match. 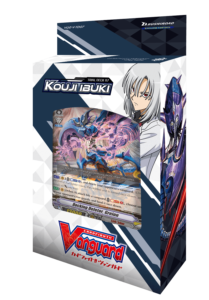 Link Joker is the most controversial clan in Cardfight!! Vanguard, due to its ability of changing the rules of the game. Veterans of the game will enjoy V Trial Deck 07: Kouji Ibuki. This trial deck features the archetype, Deletor of Link Joker. This archetype like many in Link Joker overwhelms the opposition with a strong defense.

In addition, Deletor is an archetype with a chance to win every game. Their ability to delete a vanguard is a very strong ability. You neutralize the opponent’s vanguard. You gain offensive and defensive advantages. The opponent’s vanguard has a power of zero and is unable to use its abilities. 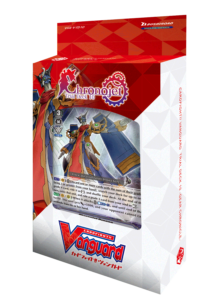 Turn the gears of time with Gear Chronicle in V Trial Deck 10: Chronojet! The clan with the ability to manipulate time is one of the best clans in the game. The featured card, Chronojet Dragon’s ability represents the clan’s theme. He manipulates time and space for you can play a grade 4 unit from the deck.

Furthermore, Gear Chronicle’s style of superior riding grade 4 units is very fun. You instantly gain a major boost of momentum during a game. Chronojet Dragon (V Series) is the perfect vanguard from V Trial Deck 10: Chronojet for this strategy. 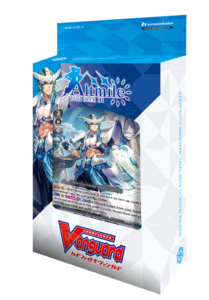 Royal Paladin is one of the most popular clans in Cardfight!! Vanguard. Bushiroad is often creating strong cards for the clan. V Trial Deck 11: Altmile is a testimony of Bushiroad’s support for Royal Paladin. This trial deck features Blue Sky Knight, Altmile (V Series), who is one of the best grade 3 units from a trial deck.

In addition, players can upgrade the deck with powerful cards. Due to cards’ generic abilities, you can play these cards in a variety decks. You can play Blue Sky Knight, Altmile (V Series) with cards such as Blaster Blade (V Series) and Majesty Lord Blaster (V Series).

Furthermore, Bushiroad is always creating new cards for Royal Paladin. You can add new cards to this trial deck. Absolute Blade Knight, Livarot (V Series) from this trial deck provides a major advantage for many archetypes in Royal Paladin. You can splash Absolute Blade Knight, Livarot (V Series) in many decks because his generic ability superior calls a grade 2 rear-guard. 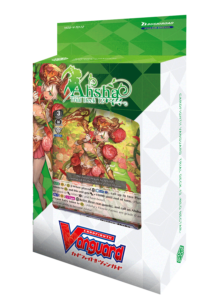 V Trial Deck 12: Ahsha features Neo Nectar, and it includes many powerful cards for the clan. The featured card is Ranunculus Flower Maiden, Ahsha (V Series). Fans of Cardfight!! Vanguard G can play one of the most popular units from the original series in the standard format.

The easiest deck to learn is V Trial Deck 12: Ahsha. The deck’s simple strategy is creating offense from Ahsha’s Flower Fairy Token. All of the cards have simple and consistent effects. You also will enjoy playing games with this trial deck. The consistency and simplicity create a fun experience with Neo Nectar.

I recommend V Trial Deck 12: Ahsha to new players and players, who enjoy Neo Nectar. This is the best deck for learning the basics of Cardfight!! Vanguard. You may also upgrade it with cards from V Extra Booster 14: The Next Stage.

All in all, V Trial Deck 11: Altmile is the best trial deck from Cardfight!! Vanguard V. It is the complete package. The trial deck has a powerful grade 3 unit, strong supporting cast, and a draw trigger as a perfect guard. You can upgrade the deck or use cards from it to enhance other decks.

Furthermore, V Trial Deck 11: Altmile is a great and long-term investment in Cardfight!! Vanguard. Bushiroad is always designing new cards for Royal Paladin. The clan has many strong generic cards. You can upgrade the deck and continue to enjoy fun games at tournaments.

Overall, all five trial decks are fantastic products. They have more value than the other trial decks from Cardfight!! Vanguard V. Most importantly you can build fun and consistent decks with these trial decks. I recommend starting your experience of Cardfight Vanguard with these five decks.