I am only considering creatures and planeswalkers for the list. A character will only be listed once on the list so there will not be a variety of cards for one character. All other types of cards are not in contention. Also, please remember this list is for fun and games. If you have a different opinion, then please share it. I would like to read your list as well!

1. Liliana of the Veil 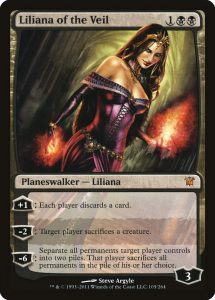 Liliana is one of the most iconic characters in Magic The Gathering. Her compelling story and beautiful design lands her the number one rank on my list. In addition to her artwork, many of her cards are powerful planeswalkers. Liliana of the Veil is one of the most valuable cards in the game. Liliana of the Veil’s amazing artwork and powerful effects make her a valuable card. 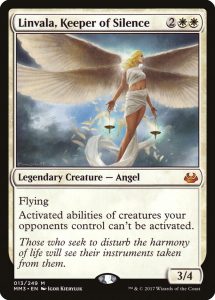 Linvala, Keeper of Silence is a gorgeous card. She has the perfect artwork for an angel. Her ability reflects an angel’s duty to protect people. She is a fantastic card for preventing your opponent from activating his or her creatures’ abilities. She shuts down the opponent’s strategy. Furthermore, Linvala, Keeper of Silence protects you from your opponent’s abilities. 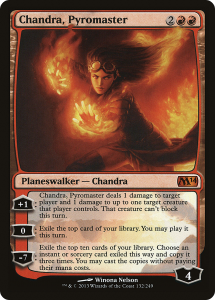 Chandra is one of the hottest ladies in Magic The Gathering. Almost all of her arts feature her wielding fire. Her third ability is very powerful, and win games with the right set of cards. Chandra, Pyromaster exiles the top ten cards from your deck. Then, you may play three of those cards, and copy the cards three times without paying the cost. 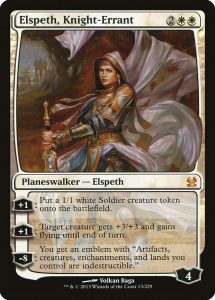 Elspeth is one the most inspiring planeswalker in the game. She rallies the troops toward victory! Her effects resemble a great leader. She creates a solider token, gives flying and toughness to an ally, and makes your cards indestructible! You will never lose a game with her by your side! 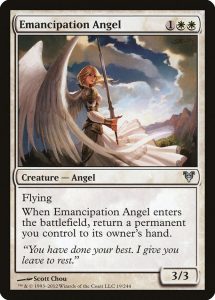 Emancipation Angel is not the strongest card on the list, but her artwork is stunning. She truly has the face of an angel. She is an effective card in Angel decks. Emancipation Angel is a nice card to play in a beginner’s deck. Also, the beautiful background elevates her in the illustration. 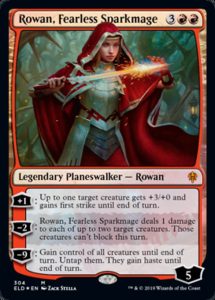 Rowan is one of my favorite characters in Magic The Gathering. She is a brave, serious, and smart character. I adore her artworks from Throne of Eldraine. Her silver armor and long blade fit her character’s design. The red spark on her blades shows she amazing powers. 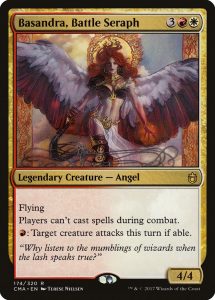 Basandra, Battle Seraph is a powerful angel from a hot plain. She looks like an angel that you will meet in the desert. Your opponent is unable to play an Instant to counter you during combat. However, the same rule applies to you, and the effect can hurt your chances of winning. You are also not able to cast spells during combat. 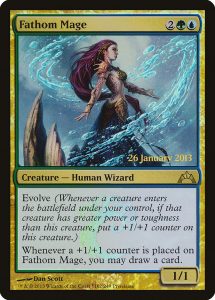 Fathom Mage’s promotional card has unique artwork, and I like it better than her artwork from Gatecrash. Her overall design from the promotional card has a better face and armor. Water rotates around her as she walks with confidence. However, her effect leaves more to be desired. Not every card on this list is a winner with a great effect. 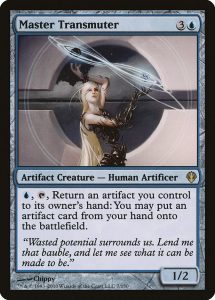 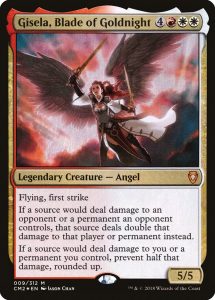