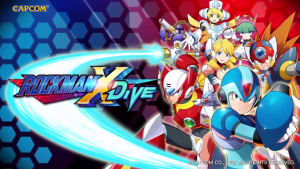 Mega Man X and his fellow Maverick Hunters are returning to action in a new game! Mega Man X Dive also known as Rock Man X in Japan is an upcoming Mega Man X action RPG for Android and iOS Capcom is expecting to the release the game worldwide in 2019. This is a free to play game for all users. Additional features such as DLC have not been announced at this time. 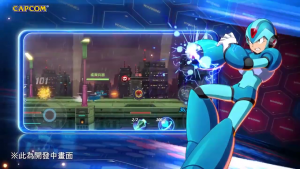 Players have five characters to choose from. We have the standard cast of Axl, Mega Man X, and Zero from the main series. The game also features Mariono and Cinnamon from Mega Man X Command Mission (my favorite Mega Man game). This marks Marino’s and Cinnamon’s first appearance in a side scrolling game in the X Series. A large cast of characters offers a lot of replayability. I would want to play as every character.

The game’s first trailer showcases Mega Man X at Central Highway. Our hero has visited this stage more than any other area in the series. You would think the government would put a bit more security in the area by now. Mega Man X uses his X-Buster and the Z-Saber in combat. In addition, each weapon has a cool down time, and it recharges very quickly. The X-Buster recharges in just two in a half seconds.

Mega Man X Dive looks amazing, and love the graphics with an anime style. The game has a decent story to follow. I only wished this game was coming to the Nintendo Switch. The gameplay is the best selling point for this game. The action from the trailer looks very exciting with the satisfaction of destroying mavericks. Mega Man X Dive is coming soon this year!