A little more than three years ago I made a list of the top villains in the Mega Man franchise. It is only fitting to make a list of the ten greatest heroes in the franchise. There is a long list of heroes from the party in Mega Man X Command Mission and the team members from Mega Man Battle Network 5. The majority of the heroes on the list are playable characters. A few non-playable characters deserve recognition for their contributions.

The heroes from the Mega Man series demonstrates all of these traits. They are willing to go the extra mile to save the world. Zero had sacrificed his life twice. Mega Man is willing to use a dangerous program such as the Double Gear System to stop Dr. Wily. Chaud will throw himself at Dark ProtoMan.EXE to save his best friend from darkness.

If your list of top heroes from Mega Man are different from my list, then list your heroes. Who are your favorite heroes from the series? Let me know in the comments! I am looking forward to reading your opinions. There is no surprise for Zero to be ranked at the number one spot on my list. He is the greatest hero in the Mega Man series. He was created by Dr. Wily to destroy Mega Man X, and he became a hero, despite his origins. Zero is also cool and calm in battle. No situation was too dangerous for this Maverick Hunter. He never backed down from a threat.

Zero’s heroics continued in Mega Man Zero. He became the first character in the franchise to be playable in multiple series. He gave hope to the resistance in their war against Copy X and Dr. Weil. His hope was true and pure as he led them to a generation of peace. Zero committed the ultimate sacrifice in the final confrontation with Dr. Weil. Mega Man X continued his amazing heroics in the X series and as a supporting character in the Zero series. Mega Man X, Zero, and Axl finally defeated Sigma on the moon in Mega Man X8. X appeared as a spirit in the Zero series to support Zero in Zero’s battles against Dr. Weil.

You may be surprised to see MegaMan.EXE and Lan land on the number three spot. They deserve the recognition for their heroics in the Battle Network series. Lan is an eleven year old kid in the fifth grade at the beginning of the Battle Network Series, and enters the sixth grade in Mega Man Battle Network 3. Lan and MegaMan.EXE battled dangerous net-mafias from WWW, Gospel and Nebula. Rock was created to be a lab assistant. He helped Dr. Light with his projects. His life changed on a fateful day. Dr. Wily reprogrammed Dr. Light’s robots, and started a campaign for world domination. Rock asked Dr. Light to redesign him as a fighting robot. Thus, Rock became the super fighting robot Mega Man! He defeated Dr. Wily in every game. Dr. Light’s and Dr. Wily’s first creation was Proto Man. He was a prototype for the next generation of robots. Unfortunately, he has a defective energy system. Dr. Light was going to repair him, but Proto Man fled the lab. He would not be seen for many years. Dr. Wily found Proto Man and repaired him to be a fighting robot. Proto Man made his debut in Mega Man 3, and appears at specific areas in stages. Proto Man would change sides and join Mega Man to defeat Dr. Wily.

Proto Man made random appearances throughout the Classic series since Mega Man 3. He whistles to signal his arrival on the battlefield. He fights alongside Mega Man to defeat evil robots and Dr. Wily. He is willing to do anything necessary to protect his family. 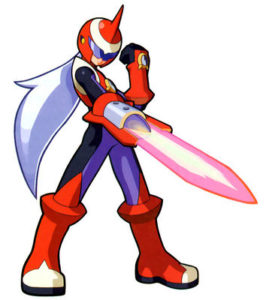 I added a second duo on the list. Chaud Blaze and his netnavi ProtoMan.EXE are Mega Man’s and Lan’s friendly rivals from the Battle Network series. Their relationship with Lan and MegaMan.EXE had a really bad start. They shared common enemies and goals, but did not do everything the same way. The teams would eventually earn each other’s respect at the end of Mega Man Battle Network Two.

Chaud and ProtoMan.EXE are one of the strongest teams. They are on the same skill level as Lan and MegaMan.EXE. ProtoMan.EXE is able to delete most viruses and bosses with ease. His skills are amazing. He uses a cyber sword for his signature weapon, and he carries a shield like his Classic series counterpart. Dr. Light deserves to be on this list for creating Rock and enhancing him to become the Blue Bomber, Mega Man! Dr. Light is always quick to think on his feet. He creates new gear for Mega Man on his adventures. He created Eddy and Rush to support Mega Man on the battlefield. Then, he created our hero Mega Man X. Mega Man X would save the world many times against the evil Mavericks.

We were thrown into the action as soon as Mega Man Legends starts. Mega Man Volnutt battled robots in an ancient temple. A few minutes later his airship crashes on Kattelox Island. He soon deserved the city is under attack by the Bonnes. He rushes to protect the citizens from the pirates, and prevents MegaMan Juno from killing everyone on the island. He was not seeking for reorganization from the citizens. He protected the fair citizens of Kattelox Island because it was the moral thing to do. Axl made his debut in Mega Man X7 on the PlayStation 2. He was originally member of Red Alert, but left the origination after it began to conduct shady businesses. Red Alert chased Axl to the original stage from Mega Man X. Their battle caused a lot of damage to the city and Zero arrived to stop the violence. Zero and Axl teamed up to stop Red Alert from destroying the city in their quest to capture Axl. Duo made my list at number ten. He made his debut in Mega Man 8 on the Sony PlayStation. Duo’s introduction was one of the best in the series. Mega Man 8 opens with Duo battling an unknown enemy in space. He defeats this evil robot and crashes on Earth after the battle.