Yugi Muto is the king of games and champion of Duel Monsters. The anime and many fans consider him to be the best duelist in the series. Yugi is almost always able to turn a bad situation to a good situation in his favor. An opponent may have an amazing monster, but Yugi will overcome the odds. His signature monsters such as the Dark Magician and Buster Blader give the advantage to Yugi.

However, the king of games is not undefeated. He lost games under unique circumstances in three of his four losses. These four duelists were able to upset Yugi and Atem. These duelist are Maximillion Pegasus, Rafael, Rebecca Hawkins, and Seto Kaiba. Three of these four duels have major implications in the overall plot. 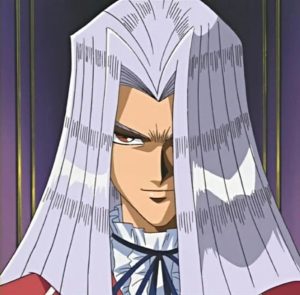 The villain delivers the first strike in every good story, and Pegasus delivers major strike against Yugi in their first meeting. The creator of Duel Monsters stole the soul of grandpa, and Yugi must defeat him to save his grandfather.

Pegasus had two advantages in this duel, his Millennium Eye and time. It was a race to beat the clock. The soul of grandpa was on the line. Pegasus was countering most of Yugi’s moves, due to his unfair advantage from the Millennium. He knew the cards in Yugi’s hands, and he had an answer for most of Yugi’s monsters.

Unfortunately, time was on Pegaus’s side. Atem and Yugi had a chance for victory with Summon Skull, but the timer expired before he could summon Summon Skull. 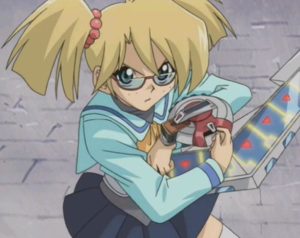 Rebecca Hawkins is one of the most unexpected duelists to defeat Yugi. The young duelist with a teddy bear defeated Yugi. Her signature monster was Shadow Ghoul. Her strategy was having many monsters in the graveyard to increase Shadow Ghoul’s ATK.

Yugi forfeited the match on purpose. He had opportunity to play Soul Release, and this card could have removed five monsters from the graveyard. Then, Rebecca’s Shadow Goul would have been weaken and Dark Magician could have destroyed it.

Seto Kaiba only defeated Yugi once in the original anime. His victory in Duelist Kingdom was not a fair victory. In this duel, Seto Kaiba introduces his Blue-Eyes Ultimate Dragon. He uses this Fusion Monster to seal his victory.

However, Seto Kaiba did not win this duel with his skills. He was a desperate man, who wanted to save his brother. He threaten to fall off the castle if Yugi destroyed Blue-Eyes Ultimate Dragon and won the duel.

Atem was ready to deliver the final strike for victory. However, Yugi pulled Atem back because he did not want Kaiba to fall to his death. Kaiba seized the moment and won the duel with an attack from Blue-Eyes White Ultimate Dragon. 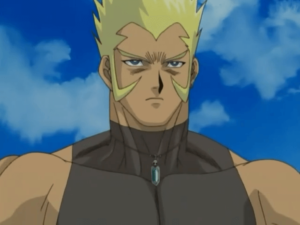 The most impressive victor on this list is Rafael. He defeated Atem and Yugi in a fair duel. He out played Yugi in an amazing display of ability.

Rafael won their first duel with his signature monster, Guardian Eatos. However, Atem would get a second chance against him. Atem defeats Rafael in episode 176.

Victory in a duel against Yugi Muto is a major accomplishment. These are the four duelist with the rare accomplishment of victory against Yugi. Some of these duelist cheated such as Seto Kaiba and Maximillion Pegasus. On the other hand, Rafael did not cheat, and had a very good match against Yugi during their first duel.

Rafael is the best duelist, who defeated Yugi. Unlike Seto Kaiba and Maximillion Pegasus, he did not result to underhanded methods to win. Rebecca only defeated Yugi because he surrendered the match. Rafael is one of the strongest duelist in the series.