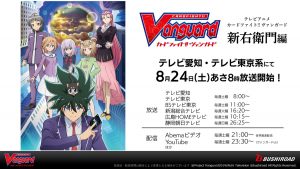 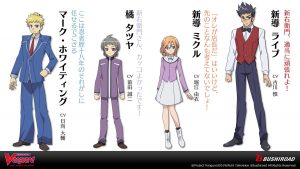 Furthermore, Shinemon’s past has been mentioned in both stories from each anime. He is a member of Card Capital Team, and is a legendary player in Japan. Card Capital Team members are Mark, Rive, Shinemon, and Tatsuya.  Mark is using Nubatama, and his avatar is Akatsuki Hanzo! Rive is using Nova Grapplers, and his avatar is God Hand! Tatsuya’s deck is Angel Feather, and he has the remake of Cosmo Healer, Ergodiel! 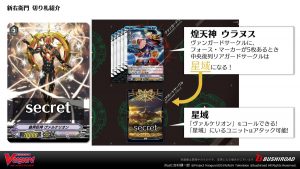 In addition, we have the new mechanic Astral Plane! Your center column’s back row becomes an Astral Plane when your vanguard circle has five or more force maker! Then, you can call Valkerion to it! An unit on the Astral Plane can also attack your opponent! Valkerion appears to have a skill and it is a secret for now. 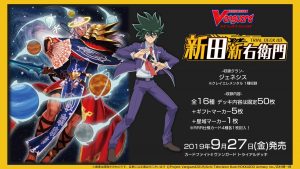 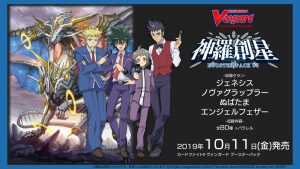 Cardfight!! Vanguard Booster Pack V-BT07 features clans from Card Capital Team. V-BT07 features the team’s signature cards. This is also the third booster set to include Nova Grappler this year. It has been an amazing year for Nova Grappler. A release date for the English Edition is currently pending. 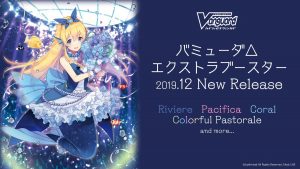 Bermuda Triangle is getting its second extra booster set. Colorful Pastorale features new cards for Coral, Pacifica, & Riviere! The three classic archetypes from the original series are returning! We can update our premium decks with the new cards for these archetypes. A release date for the English Edition is currently pending.