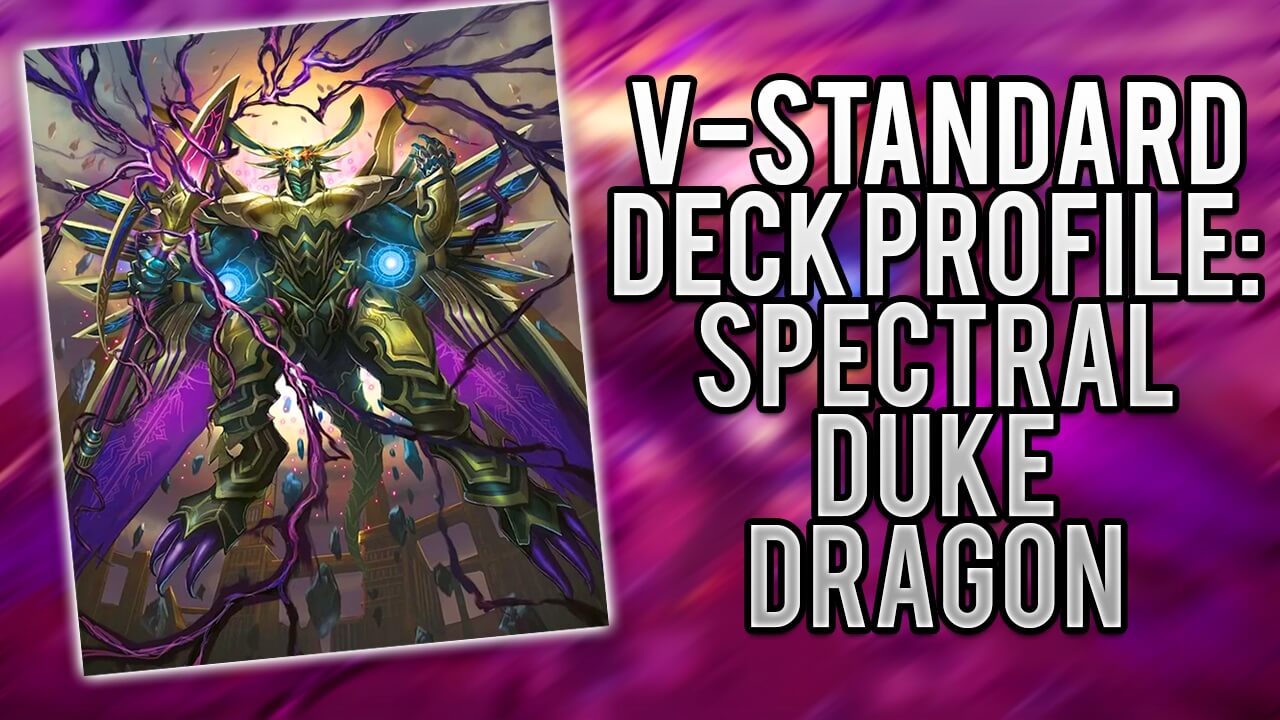 This deck features the Gold Paladins. Spectral Duke Dragon is a Gold Paladin, but he uses tactics from the Shadow Paladins. The deck has the Imaginary Gift: Accel, the power of Force clans, and the tactics to stand the vanguard after battle!

In addition, the deck creates additional circles with Accel markers. Blueish Flame Liberator, Percival generators Accel markers. I can unleash five or more attacks in a single turn. The multiple attacks will break the opponent’s defenses. 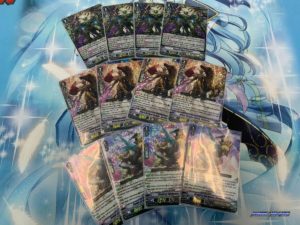 Furthermore, Spectral Duke Dragon gains triple drive if I have four or more damage. The additional drive checks gives more opportunities to check triggers. I can apply the effects from the triggers on my standing rear-guards on Accel markers.

Blueish Flame Liberator, Percival is the backup vanguard for the deck. This card’s main purpose is creating additional Accel markers. I can have at least five attacks in a single turn. The multiple battles from units in the front row pressure the opponent. 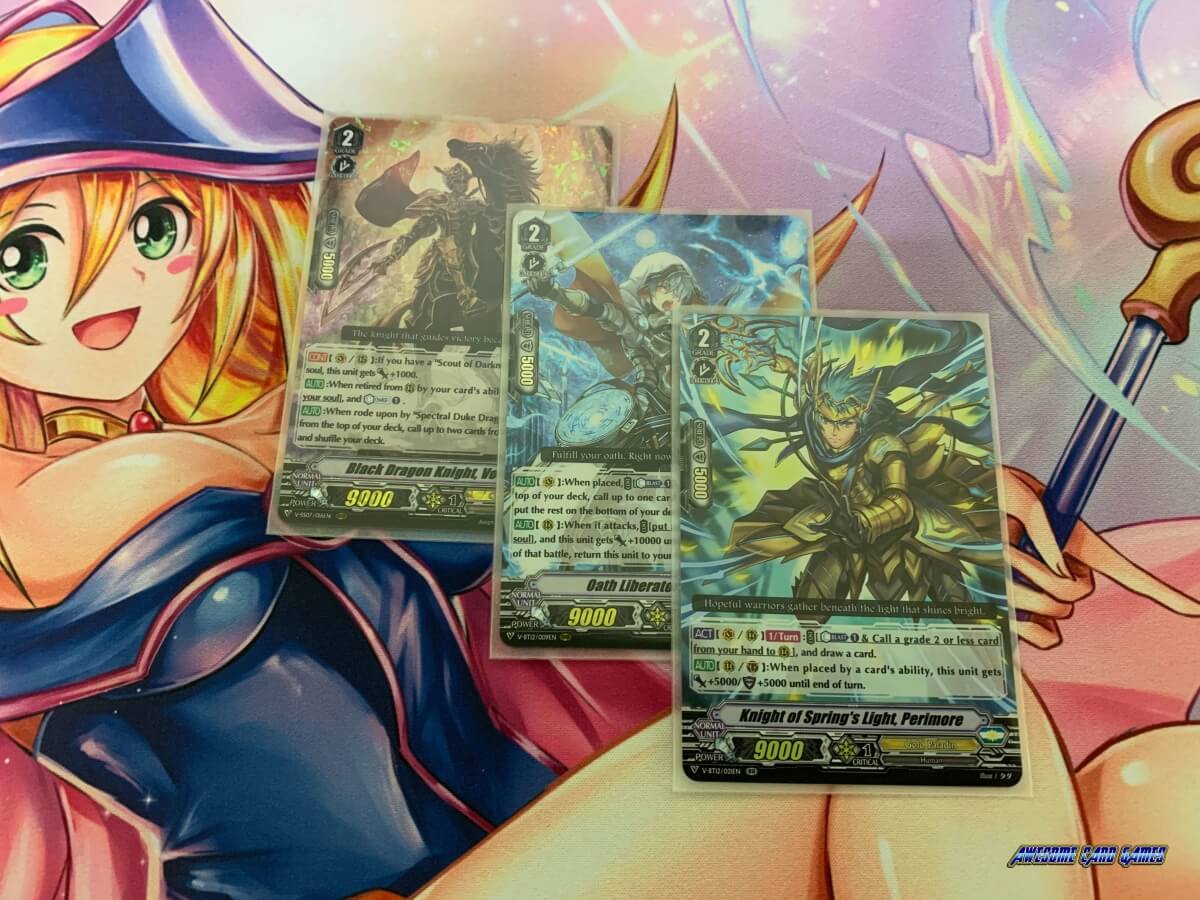 Gold Paladin’s specialty is superior calling units from the top of the deck. I can conserve cards in my hands instead of calling them. I am building a strong field with rear-guards from the deck.

In addition, I can activate the ability of Herd Archer, Biscotte once per turn. The field always gain a new rear-guard from the top three cards of the deck. The Accel markers will have rear-guards for the deck’s additional offense. I have a reliable option for rear-guards and offense.

Every consistent deck needs cards to manage resources. I am playing Listener of Truth, Dindrane and Knight of Strong Favors, Berengaria because these cards provide resources. Listener of Truth, Dindrane draws a card or counter charges. Knight of Strong Favors, Berengaria counter charges or soul charges. Their abilities to counter charge allows the deck to consistently activate the abilities of other cards such as Spectral Duke Dragon.

In addition, Listener of Truth, Dindrane is one of the deck’s more impactful cards. Her ability allows me to draw an extra card after I superior call her. She rewards me for playing well. Therefore, the extra draw grows the number of cards in my hand. I quickly gain access to my deck’s best cards.

I have traditionally played Sentinels that are draw triggers for perfect guards in my decks. This deck includes Scarface Lion, a Sentinel and Critical Trigger. Scarface Lion has a shield of 30,000. This large shield can block many attacks. Unlike Halo Shield, Mark (Perfect Guard), I do not need to discard a card to pay the price of a strong defense.

Spectral Duke Dragon and his golden comrades are not unstoppable. They have glaring weakness against particular matchups. Star-vader, Chaos Breaker Dragon (V Series) is one of the best decks to counter Gold Paladins. Chaos Breaker destroys markers. Therefore, I would lose my Accel markers.

Furthermore, I had a very strong hand during every game. The abilities to superior call units and draw cards provided a major advantage. I was able to easily block my opponent’s attacks. The dynamic duo of Dragonic Overlord “The X” and Dragonic Overlord the End could not break my wall of defense.

My version of a deck of Spectral Duke Dragon is very consistent. It has a balance of a strong offense and hard defense. I am consistently playing strong combs for powerful plays on offense. This deck is one of my favorite decks in the V-Standard Format. It is a fun and powerful deck to play with my friends at locals.