D Booster Set 02: A Brush with the Legends is the second booster set for the D Series of Cardfight!! Vanguard. This booster set contains new cards for all five nations. 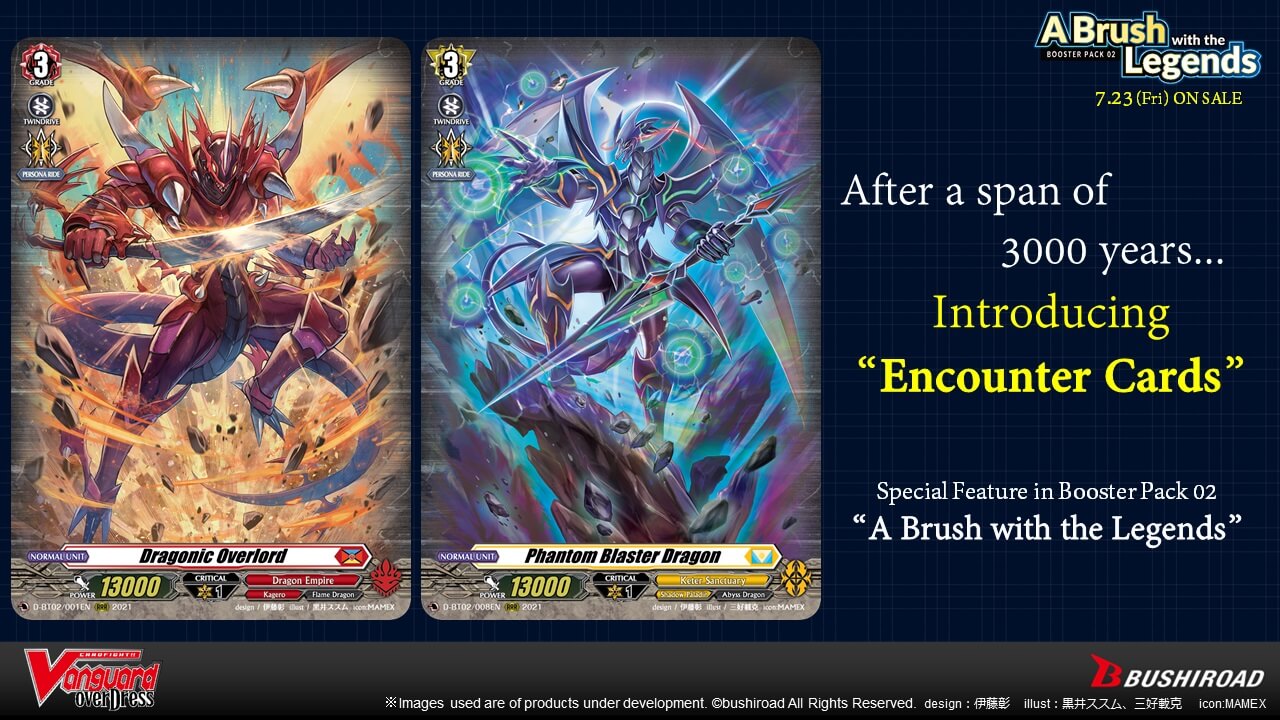 Furthermore, you can only play an Encounter Card with its clan in the Premium format. For example, you may play Dragonic Overlord (D Series) in a deck with Dragon Empire in the D-Format and a deck with Kagero in the Premium Format. The rule of a limit of four cards with the same name in a deck still apply.

List of Encounter cards from D Booster Set 02: A Brush with the Legends! 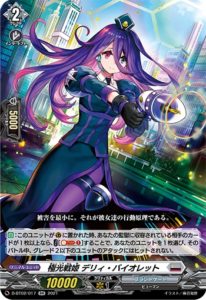 In addition, Aurora Battle Princess, Derii Violet is a perfect guard in the body of a grade 2 rear-guard. She negates attacks from grade 2 or lower units. This defensive ability is a useful skill against most nations and decks. 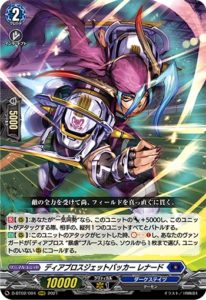 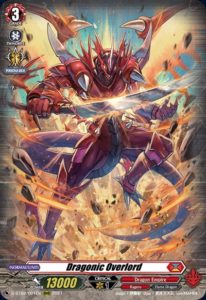 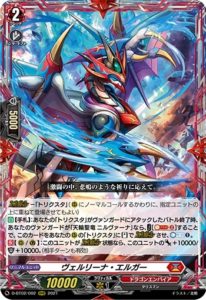 We also have new support for Trickstar and overDress. Vairina Erger is the newest unit with the ability of overDress on top of Trickstar. These cards form a dynamic duo with impressive offense! Vairina Erger activates overDress in your hand and places itself on Trickstar after battle. In addition, Vairina Erger gains 10,000 power and 10,000 shield at all times in the overDress state. 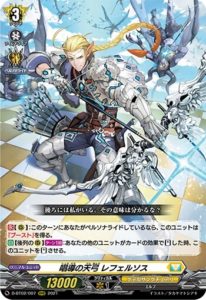 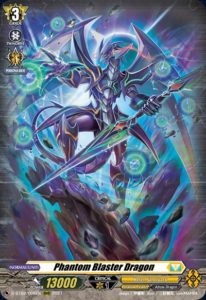 Phantom Blaster Dragon is one of the Encounter Cards in D Booster Set 02: A Brush with the Legends. His abilities are similar to previous versions of the card. Phantom Blaster Daron retires his comrades to gain 10,000 power and an additional critical. In addition, this vanguard also retires two of the opponent’s rear-guards.

In addition, Blaster Dark gets a new card for the D-Standard Format. This card gains a drive check when it is the vanguard or rear-guard. Your Blaster Dark on a rear-guard circle will have a drive check with the potential to increase his power. This ability fits the Keter Sanctuary’s aggressive offense. 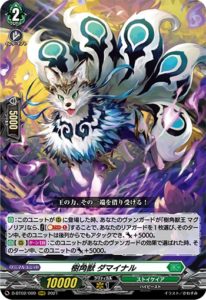 D Booster Set 02: A Brush with the Legends provides new support for Sylvan Horned Beast King, Magnolia. This particular deck enables rear-guards with the ability to attack from the back row. You can pressure the opponent with an onslaught of attacks.

Overall, D Booster Set 02: A Brush with the Legends is a strong set for the D-Standard Format. It lives up to its name. The return of classic units such as Dragonic Overlord (D Series) adds value to the booster set. Players can upgrade their current decks with new cards for every nation.