Beautiful villainesses have the special charm of grabbing our attention. The writers of DC Comics have created many beautiful and powerful female villains. They are some of the best villains in the franchise. Characters such as Poison Ivy and Circe have made major impacts in many arcs. 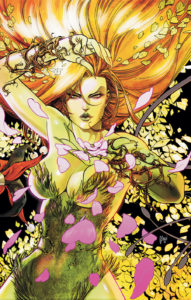 The first character with beauty and charm to come to mind is Poison Ivy. She is the sexiest female villain from DC Comics. Poison Ivy lives up to her name with her poisonous charms. Her pheromones corrupts a person’s mind, and her victims fall in love with her. She is an eco-terrorist with the goal of creating world without pollution. Her goals are reasonable passion, but her illegal methods land her in trouble with Batman.

Every man in Gotham City falls to her pheromones. Batman, Robin, and Superman have succumbed to Poison Ivy’s seductive tactics on numerous occasions. They feel under her control. Poison Ivy gave Supergirl her first kiss! However, the pheromones had no effect on Supergirl. 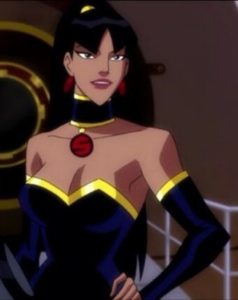 Furthermore, Super Woman shares the same strength and beauty as Wonder Woman. She has a fantastic design. Her black costume is a symbol of dominance and power. Super Woman has super strength, super speed, the ability to fly, and many more superpowers. 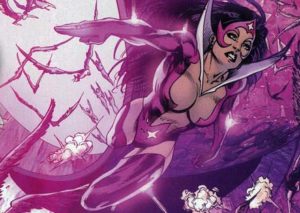 Star Sapphire is a fascinating character among the villains in Green Lantern’s series. She has a stellar costume that fits her character and superpowers. Her civilian name is Carol Ferris, and she is a love interest for Hal Jordan. They have a deep history with each other. Hal Jordan and Star Sapphire have a rocky relationship.

In addition, her gem gives amazing powers to her. Star Sapphire’s powers are similar to the Green Lantern’s powers. Star Sapphire has the ability to fly and unleash powerful blasts. She can also breathe in space. Her gem of love strongly influences her behavior towards the Green Lantern. The world would be sealed in a crystal if Hal Jordan mates with Star Sapphire. 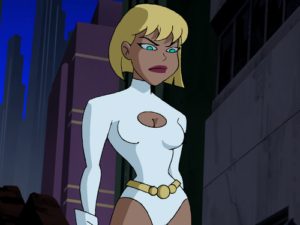 Galatea is an exclusive character from Justice League Unlimited at the time of this post. She is a mature and evil clone of Supergirl. She has the same powers as her heroic doppelganger, but is a fierce fighter with fantastic skills in combat. Galatea’s costume resembles Power Girl’s costume.

In addition, Galatea wanted to prove her self-worth by defeating Supergirl. She clearly outmatched the girl of steel. Galatea gained the upper hand in their battles. However, Supergirl was able to win their final battle by electrocuting Galatea with an electrical cord in the Watch Tower. Superheroines sometimes need luck on their side. 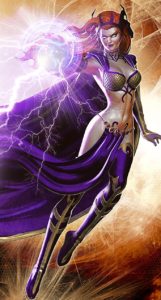 Circe is a powerful and immortal sorceress with amazing power. She has the power of goddesses. Circe can use magic, alter minds, and fire magical beams of energy! Her most infamous magical ability is transforming people into animals. Circe is a reoccurring villain of Wonder Woman and the Justice League. 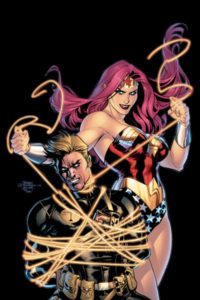 In addition, Circe stole Wonder Woman’s powers and claimed the title of Wonder Woman during an arc. It was an amazing feat to steal a superheroine’s powers. She also took Wonder Woman’s Lasso of Truth to complete her new look. Furthermore, Circe looks stunning as Wonder Woman with purple hair! 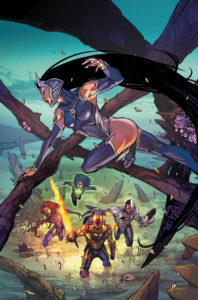 Starfire’s family has wonderful genes because her sister, Blackfire is one of the hottest super villains in DC Comics. She is Starfire’s older sister and the queen of Tamaran. The sisters have a terrible relationship. Blackfire sold Starfire to save her planet, Tamaran. This distasteful act broke their bond as sisters for many years. 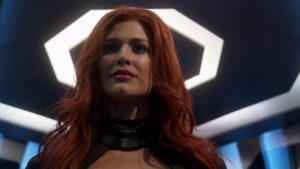 Power, beauty, and obsession with the man of steel create a sassy villain. Maxima is one of the best foes in Superman’s long list of villains. Maxima has an unhealthy obsession with Superman, and wants him to marry her. Unfortunately, he does not share the same feelings. This powerful woman does not accept rejection. She continues her efforts to force Superman to marry her.

Furthermore, Maxima has an impressive list of superpowers. She has super strength and the ability to fly. Maxima has used her powers for selfish and evil purposes. On the other hand, there are occasions with Maxima using her powers to help the Justice League.

She made an appearance in the Supergirl Television Series, and her character was played by former WWE wrestler, Eve Torres. Maxima temporarily escaped custody at the DEO. Supergirl quickly defeated her, and returned her to her cell. 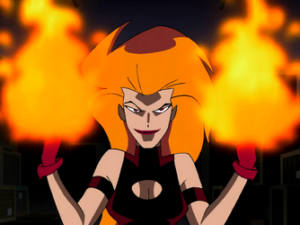 Volcana is another exclusive character from Justice League Unlimited (JLU). She debuted in Superman: The Animated Series that is part of the JLU. Volcana is a pyrokinetic with the ability to create and manipulate fire. She later gained the ability of flight after Lex Luthor enhanced her powers.

Volcana was trained to be a living weapon by the government. However, she rebelled against the organization and became a fugitive. She began stealing to make a living. Volcana also flirted with Superman on numerous occasions when he visited to her to deliver supplies on her island. 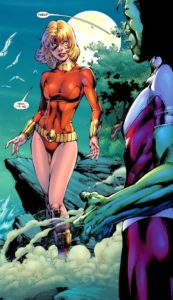 Furthermore, Terra’s natural super power is geokinesis. She is able to control dirt and rocks. Terra can create powerful earthquakes, and she can sharpen rocks to become deadly spikes. Terra also becomes a Black Lantern. She gains the abilities of flight, regeneration, and energy projection! 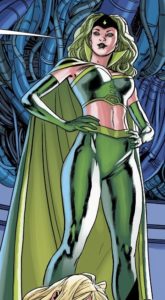 Emerald Empress is a stunning super-villain from the 30th century. She is a member of the Fatal Five and an antagonist to the Legion of Super-Heroes. She uses the Emerald Eye of Ekron as her signature weapon, employing it to unleash energy blasts!

Furthermore, the Emerald Empress has a stellar design. Her green costume and green add personality to her character. She is actually much older than her appearance. The Emerald Empress is a gorgeous a super-villain.

All in all, DC Comics have some of the most beautiful, colorful, and interesting super villainesses in comics. Poison Ivy and Super Woman instantly grab your attention when they appear in your book’s panels. These super villainesses are beautiful and strong characters. They are most than just their beauty on the outside. These hot villainesses play major roles in their series.

Please share your favorite villainesses in the comments. I look forward to reading your thoughts. Be sure to check out my article on the sexiest superheroines from DC Comics!