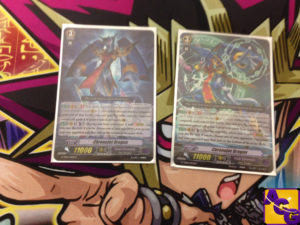 Gear Chronicle’s signature ability was Time Leap. Time Leap binds one unit to superior call one unit with a high grade from the deck. Then, the bound unit returns to the field and the new unit goes to the bottom of the deck at the end of your turn. Gear Chronicle will most likely retain this feature in the Standard Format. Time Leap fits Gear Chronicle’s theme of manipulating time. Players are familiar with the mechanic. It is a very simple mechanic for new players to learn.

However, Bushiroad may throw a curveball. We can never say never in trading card games. The unexpected moments always happen. Nobody saw the reboot coming a mile away. The entire clan may get new characters and mechanics. We would not know what to expect in this scenario. We would not have any past content to reference. 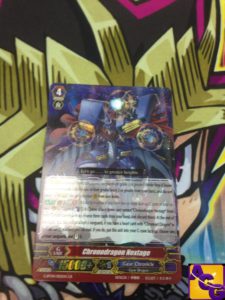 Finally, only one question remains. Which Imaginary Gift will Gear Chronicle receive? Accel appears to be the front-runner for Gear Chronicle. Time Leap enables Gear Chronicle to multiple attacks per turn. Protect is a second option. Gear Chronicle can take an approach to manipulate time to protect the vanguard. Force is out of the question. They clan never focused on building a large amount of power for rear-guards and the vanguard.

Gear Chronicle’s future is clouded in uncertainly. I do not have material from the first formats to reference. I can only speculate Gear Chronicle’s possible future of revamped cards of classic units. Chronojet Dragon and Chronofang Tiger will most likely return with new versions to fit the Standard Format. I will look forward to their new versions if Bushiroad goes in that direction. Bushiroad may decide to rebuild the clan with a new cast of characters. The clan’s Imaginary Gift is up in the air. I am excited to see the next generation of Gear Chronicle.