The MegaMan Zero series is one of the most popular series from the Gameboy Advance. You play as Zero, and the series occurs after the MegaMan X series. The series expand to four games telling the final story of Zero. Then, Capcom developed the MegaMan ZX series for the Nintendo DS. This series is after MegaMan Zero in the timeline. 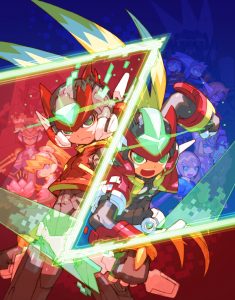 Get your weapons ready!

We are living in the renaissance of MegaMan. Capcom may create a new game if players support the new legacy collection. I am very excited for the MegaMan Zero/ZX Legacy Collection. Zero has his Z-saber ready for action! Be sure to purchase your copy on January 21st, 2020!