The original Cardfight!! Vanguard series expands to nine seasons from Cardfight!! Vanguard to Cardfight!! Vanguard G Z. Actions by the characters from every season lead to new conflicts for the next season. The series has been criticized for poor storytelling at times. I think the writers did a good job of creating good continuity in the series. For example, Kai’s decisions in season three creates the conflict for season 4. Another example is Ryuzu Myoujin creating a connection to Cray with the Stride Gate, and it being misused by the Apostles to finally arrive on Earth.

1. Chaos Breaker is the Only Apostle to Come to Earth in His True Body. 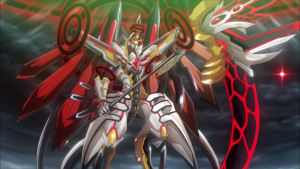 Most of the apostles of Lord Gyze have never walked on Earth in their true bodies. They rely on using humans as host to carry out their plans. However, one of these apostles has appeared on Earth before joining the team. Chaos Breaker comes to Earth in episode . He observes the cardfights that determine the fate of both worlds. Link Joker is on the verge of conquering both worlds.

2. Chaos Breaker and Kai Are Undefeated 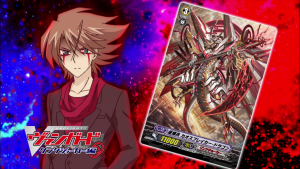 Chaos Breaker and Toshiki Kai are undefeated in the Cardfight!! Vanguard anime. This dynamic duo is an unstoppable team. None of their opponents stood a chance in a game. Chaos Breaker and Kai’s greatest victory is against Aichi and his Liberators! The vile duo crush Aichi in a dramatic match! 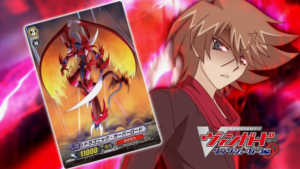 Reversed Kai reveals he freely chose to spread the Reverse to become stronger than Aichi. Kai’s selfishness to become the best player almost destroys the world. The horrible events in this season are consequences of Kai’s poor decisions. Furthermore, he demonstrates his disloyalty to The Agent (the unknown unit who illegally diffrides Takuto) by disobeying and disrespecting him. The Agent commands Kai to defeat Aichi, but Kai refuses to play a second game against Aichi.

4. Tokoha Anjou Can Be a Host for Lord Gyze 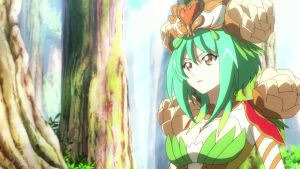 However, the apostles are unaware of this victory. This cardfight occurs at a park with only Shion watching the game. They never recognize her as a candidate for the baptism. I think the series’s final battle would have been more interesting if Gyze uses Tokoha as his host. Tokoha’s Neo Nectars bring life to this world while Gyze wants to eliminate all life.

5. Blue Wave Marshal, Valeos is The Founder of The Aqua Force 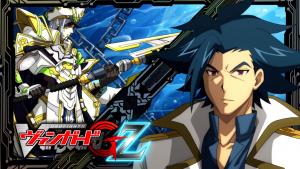 The legendary Aqua Force was created by Blue Wave Marshal, Valeos. He betrayed planet Cray to become an apostle of Lord Gyze. He believes absolute justice is Gyze’s blessing of destroying the universe. Then, him and his god were sealed for their crimes by Messiah and Fides. However, Blue Wave Marshal, Valeos has been freed from his seal and continues his mission to serve Gyze.

6. Leon is The Only Player Who Fights Himself 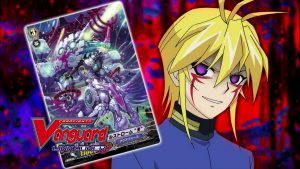 Leon and Reversed Leon from the future clash in an epic battle with the fate of the world on the line. Leon is the only character who has a cardfight against himself from the future. In addition, his future counterpart plays Blue Storm Karma Dragon, Maelstrom “Яeverse”.  Reversed Leon’s choice for his avatar shows a possible future for Leon and Maelstrom from the present. Leon wins the match and cures his future counterpart from the Link Joker’s curse.

In addition to Leon’s cardfight, I need to address Takuto’s cardfight against the mysterious agent of the Void (often incorrectly referred to as Reversed Takuto). Takuto is not fighting against himself. He is fighting against The Agent who has possessed his body. Takuto is the only victim of a Diffrider to battle his Diffrider. Furthermore, characters think The Agent is Takuto because they are unaware of the possession. The original anime does not reveal The Agent to the characters unlike the new anime.

7. Aichi and Asaka never cardfight in the original anime 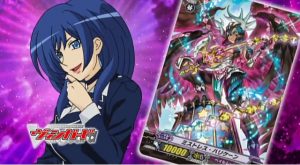 Fortunately, Aichi and Asaka have a match in the rebooted Cardfight!! Vanguard V. I was very happy to see them finally play a game. The two strong fighters clash in an entertaining cardfight. Asaka gives it everything that she has, but falls just short of victory. Aichi and Alfred claim victory with a dramatic finish!

8. Dumji Becomes an Apostle Regardless of His Fear of Death 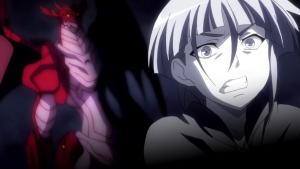 Dumji’s transition to the apostles is one of the most ironic moments in the series. He joins the apostles to obtain power from the god of destruction. He believes this new power will rise him above his enemies. Then, Dumji uses the Zeroth Dragon from Gyze to crush Kazuma in their rematch. Dumji is feeling great about himself with this newfound power.

Dumji has a fear of death, and Gyze will kill all life including him after Gyze returns to the world. However, he may be unaware of Gyze’s true intentions. Gastille does not disclose this information to Shiranui. This leads to Shiranui resigning as an apostle and leaving the church of Gyze. If Gyze won the war in Cardfight!! Vanguard G Z, then he would have killed Dumji.

9. Morikawa is an Elite Player 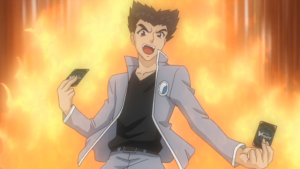 Morikawa is the Michael Jordan of Cardfight!! Vanguard. He has amazing skills as a player, but poorly builds inconsistent decks with too many grade 3 cards. He is a very good player when playing a balanced deck. We first wittiness his amazing skills when Shin gives a Nova Grappler trial deck to him. Then, Morikawa wins a shop tournament in the episode.

We once again see Morikawa’s skills in Cardfight!! Vanguard Link Joker. He is a member of Hitsue High’s Cardfight Team. The team does not have any faith in his deck so Kai switches Morikawa’s deck with his Overlord deck! Furthermore, he masters Kai’s Dragonic Overlord the End deck, and nearly defeats Aichi in a close game.

10. Not All Apostles Are Diffriders 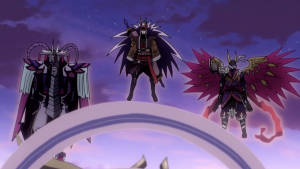 Nine characters in Cardfight!! Vanguard G announce their titles of apostles of Lord Gyze. Six of these characters illegally possess humans to complete their mission on Earth. The other three apostles are from Relics, but do not appear to our heroes in the holy sanctuary. Enma Stealth Dragon Maguntenbu, Rikudo Stealth Rogue Atagolord, and Enma Stealth Rogue Mujinlord are all members of Nubatama and apostles to Lord Gyze.

Furthermore, they appear in Cardfight!! Vanguard G NEXT episode 42 Overcoming Heaven’s Decree. The apostles from Relics manipulate a depressed Shiranui to become an apostle, and destroy Cardfight!! Vanguard on Earth to heal his sorrows. They lead Shiranui to Relics and introduce him to Gastille. Then, the apostles begin to take action to revive Gyze. First, Shiranui arrives on Earth and helps Chaos Breaker find a host.