MegaMan Trading Card Game was a short-lived card game in 2005 developed by Decipher. It is based on the MegaMan NT Warrior anime series. MegaMan NT Warrior was a hit series airing on the WB Network now known as the CW Network. Lan Hikari and his NetNavi MegaMan protected the cyber-network  against cyber-terrorist organizations; World Three, Gospel (Grave), and Nebula!

Jack In and Power Up!

The game’s concept is the same as the anime and video games. You are the NetOp battling with your NetNavi against an opposing NetOp and his or her NetNavi. The battle system is similar to Dragon Ball Z Collectible Card Game. Players battle each other by using Battle Chips and your deck is also your life. The person who empties his or her opponent’s deck is the winner. 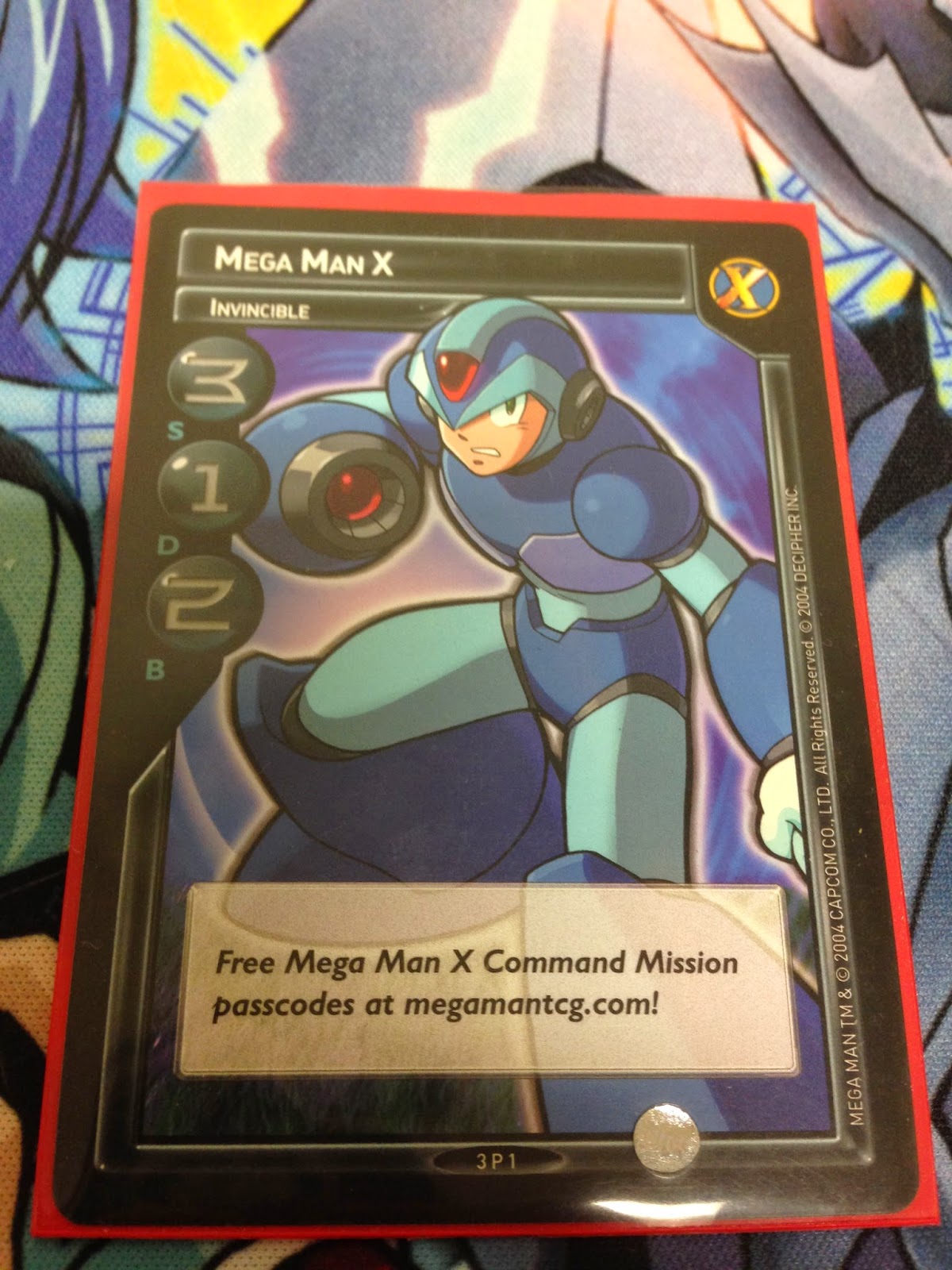 Decipher also gave away many promos cards. They are very expensive and hard to find. Ebay is the best site for finding the rare promo cards. My personal favorite is the MegaMan X promo card from MegaMan X Command Mission. MegaMan X is the only non-Battle Network character to be featured in the game. He does not have any cards of his own. His decks are built with generic support cards.

Unfortunately, MegaMan Trading Card Game only lasted for three sets. The game lacked support and a strong tournament support. No stores in my area sold the cards so I had purchased the cards online. I have never played a single game. I’ve never met anyone who had cards to play with.