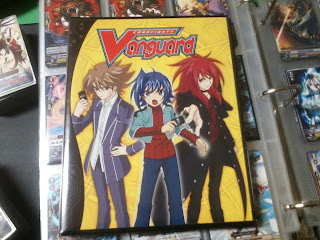 I brought an awesome new card binder at my locals! The design is pretty sweet! I love the back having Dragonic Overlord The End, Majesty Lord Blaster, and Phantom Blaster Overlord! It maybe small, but its perfect for my rare cards! 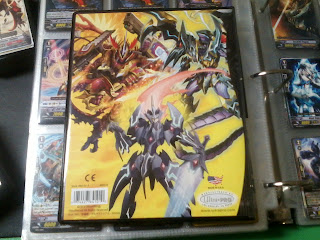 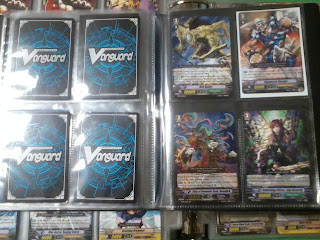 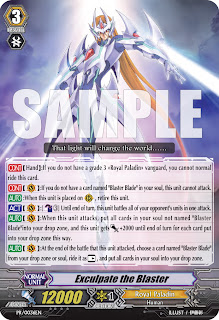 Today I got the draw trigger card Margal from a booster pack. I wanted to test its skill with my grade 3 Exculpate the Blaster.
units. I wanted to find out if the additional 3,000 power would be good for pushing for game and combining its skill with

Me and my friend decided to have a game. He used a Kagero deck against my Royal Paladin deck! It was intense! My plan was to test Exculpate the Blaster.

I made a huge mistake during the game. During my second turn I had Solitary Knight, Gancelot in my hand, and instead of using his skill I road Knight of Silence, Gallatin. Then the next turn I minus by using Gancelot’s skill to draw Blaster Blade and road him to be able to use Exculpate the Blaster. However, this mistake became a blessing.

I must admit that my Nova Grapplers deck is poorly structured. The deck consists of cards that I’ve pulled from many booster packs. It has many different sub types in the deck. It also lacks two or three more grade 3 units. Most importantly I only have one copy of Beast Deity, Azure Dragon and Asura Kaiser. I’m unable to activate Beast Deity, Azure Dragon’s skill. Here is the deck list!