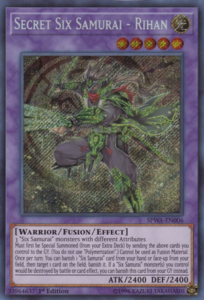 Furthermore, this effect adds value to Secret Six Samurai – Rihan. You activate this effect from the graveyard. This fusion monster still affects the game at a critical moment.