Blaster Dark is looking better than ever. His new artwork and skills are beautiful. His first skill retires one of your opponent’s rear-guards. This skill can open the door for his next skill. Blaster Dark also punishes your opponent if he or she is unaware of his ability to gain twin drive when an opponent does not have rear-guards.

The Dark Dictator may go down as the best grade 3 card from a trial deck. His skills elevate Shadow Paladins, and dominates opponents’ rear-guards. His skill to retire opponents’ units is very powerful against most clans. Only Orcale Think Tank can avoid it by choosing Promise Daughter, who cannot be retired by an opponent’s effect. 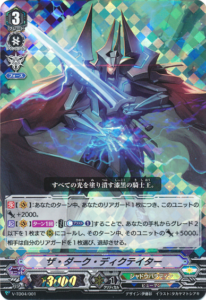 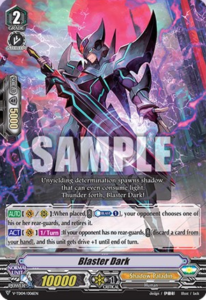 [AUTO](VC/RC):When placed, COST [Counter Blast (1)], your opponent chooses one of his or her rear-guards, and retires it.
[ACT](VC)[1/Turn]:If your opponent has no rear-guards, COST [discard a card from your hand], and this unit gets drive+1 until end of turn. 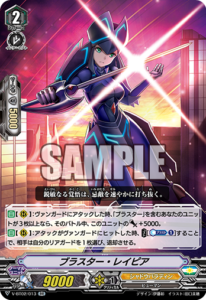 AUTO (RC) When it attacks a vanguard, if you have three or more units with “Blaster” in their names, this unit gets Power+5000 until end of that battle.
AUTO (RC) When its attack hits a vanguard, COST [Counter Blast 1], your opponent chooses one of his or her rear-guards, and retires it. 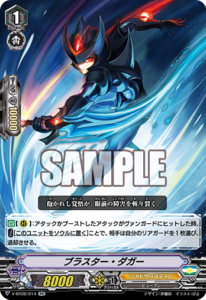 AUTO (RC) When its attack or the attack it boosts hits, COST [Put this unit into your soul], your opponent chooses one of his or her rear-guards, and retires it. 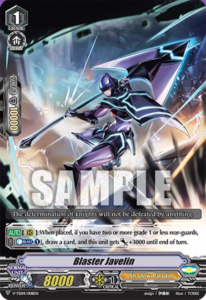 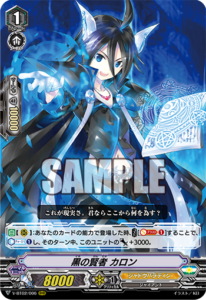 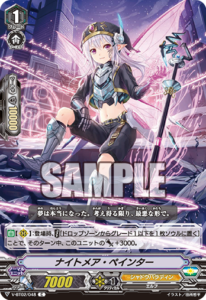 [AUTO](RC):When placed, COST [put a grade 1 or less card from your drop zone into your soul], and this unit gets [Power]+3000 until end of turn.

Shadow Paladins appear to be the best clan in the game on paper. I dare say the Shadow Paladins are the Golden State Warriors of Cardfight!! Vanguard. The clan is completed with rear-guards and vanguards with strong skills and chemistry. They have a clear strategy to call grade one cards and control the field. I am very excited for Ren Suzugamori’s trial deck and Strongest! Team AL4 booster box because they are going to change the game’s environment. Ren Suzugamori’s trial deck is so far the best trial deck in the reboot!