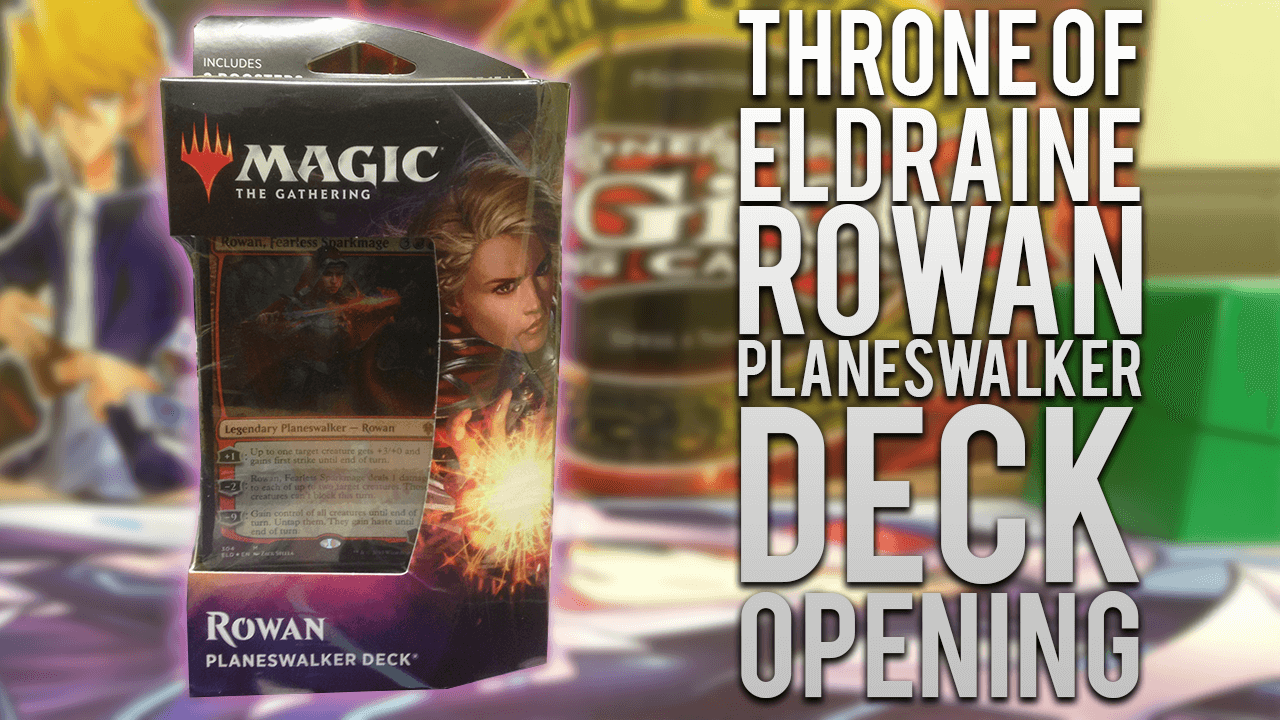 Throne of Eldraine Planeswalker Deck – Rowan is one of two ready to play decks from Throne of Eldraine. It includes a Planeswalker, a complete deck of 60 cards, and two booster packs. It has everything that you need to start playing Magic: The Gathering. I choose Rowan’s deck because I like her artwork and character. She looks like a fun card to play.

Throne of Eldraine Planeswalker Deck – Rowan has two colors, and plays a combination of Red and White cards. You want to play Rowan, Fearless Sparkmage as soon as possible. She sets up the deck’s offense. Your creatures are swinging strong attacks at your opponent. You should cast Rowan’s Stalwarts if you need search for Rown, Fearless Sparkmage.

Furthermore, the goal is to use Rowan’s third effect to win games. This will take many turns to reach. You want to use her first effect to build her loyalty, and you should activate the third effect in a timely manner. The best moment to use it is when the opponent has several strong creatures on the field. Then, you have control over the opponent’s creatures and use them against the opponent.

Rowan’s specialty is building a powerful offense. Her first effect adds 3 toughness to one of your creatures. Her second effect deals damage to two of your opponent’s creatures, and those creatures are unable to block this turn. Thus, your opponent’s defenses are slightly weaken. It opens the door for a good opportunity to deal major damage to your opponent.

I love Rowan’s third effect. It swings the game in my favor. I take control of my opponent’s creatures and use them to attack my opponent. It is an amazing ability when my opponent has many powerful monsters on his or her field. However, this ability is very slow to activate. It requires 9 Loyalty to pay the cost. 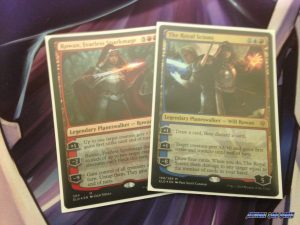 Finally, the Throne of Eldraine Planeswalker Deck – Rowan includes two booster packs! These packs are great additions to the deck. New players can start building their collection. You can also upgrade your deck with stronger cards. I pulled a foiled The Royal Scions from one of the booster packs. I was very surprised to pull a mythic rare and foil Planeswalker. Remember these are random booster packs, and you may not get lucky cards like me.

Overall, Throne of Eldraine Planeswalker Deck – Rowan is a great product for beginners and casual players. You have a ready to play deck with a powerful planeswalker. You can also upgrade your deck with cards from the booster packs. I was very lucky to pull The Royal Scions.