[AUTO](VC) Limit Break 4 (This ability is active if you have four or more damage):[Counter Blast (2)] At the end of the battle that this unit attacked a vanguard, you may pay the cost. If you do, search your deck for up to a number of cards with “Jewel Knight” as the number of this unit’s [Critical], call them to separate (RC), and shuffle your deck.
[AUTO](VC):When this unit attacks a vanguard, this unit gets [Power]+3000 until end of that battle. 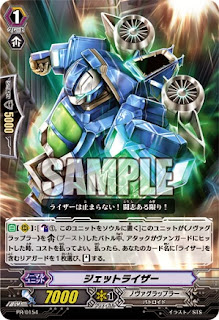 [AUTO](RC):[Counter Blast (1) & Put this unit into your soul] When an attack hits a vanguard during the battle that this unit boosted a «Nova Grappler», you may pay the cost. If you do, choose one of your rear-guards with “Raizer” in its card name, and [Stand] it. 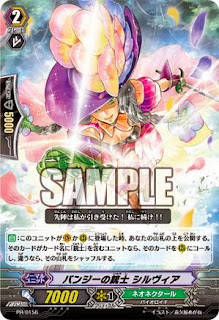 [AUTO]:When this unit is placed on (VC) or (RC), reveal the top card of your deck. If the revealed card is a unit with “Musketeer” in its card name, call it to (RC), and if it is not, shuffle your deck. [ACT](RC):[Soul Blast (1)] Choose your «Narukami» vanguard, and this unit is treated with that card name until end of turn.