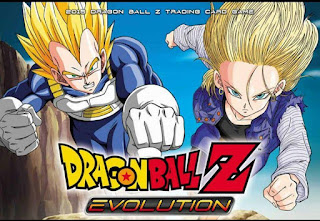 The Androids invade DBZ TCG in Dragon Ball Z Evolution! Do not confuse the name with the horrible movie Dragon Ball Evolution. Set fourth is far from horrible and it is loaded with our favorite villains from the Androids Saga! Androids 17, 18, 19, 20 and Vegeta’s heroic version as a Super Saiyan are the Main Personalities in the starter decks. Each starter deck includes 70 cards. 60 cards are in the main deck, and 10 cards are the Main Personality, mastery, prism foil, and starter deck foils. 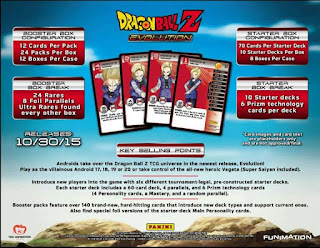 Dragon Ball Z Evolution is set to be released October 30th, 2015! Prepare yourself for the Androids’ invasion! Can the Z Fighters change their future or will they suffer the same fate as their counterparts from Future Trunks’s timeline?