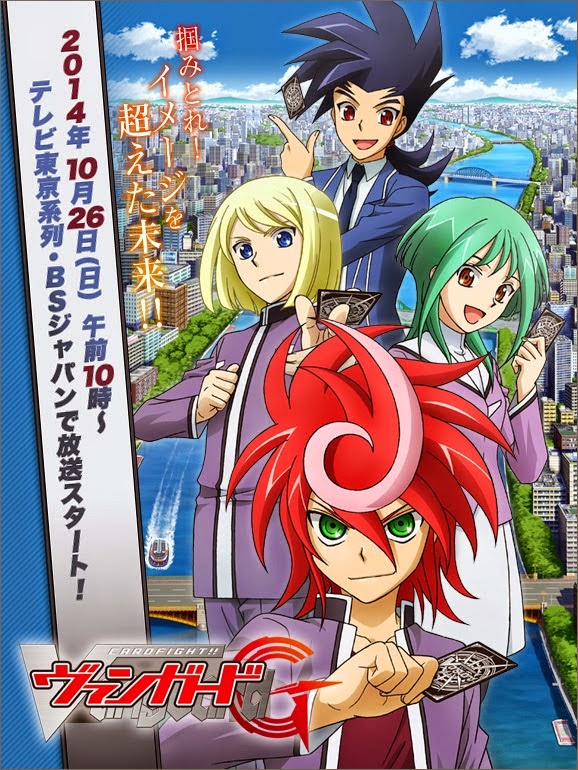 Cardfight!! Vanguard G will also feature the Stride mechanic. Each new protagonist will have an exclusive Stride unit. Stride units are in the extra deck. They can be ridden during the ride phrase by discarding a total of 3 or more grade from the hand while the current vanguard is grade 3. The Stride unit will become the vanguard until the end of turn. The Stride retains its name and the base unit that it stridden over.

The new trial decks will have major changes. Each trial deck will feature four RRR cards, two perfect guards, and two copies of the cover card. The set order will be reseting as VG-G-TD and VG-G-BT. The first two trial decks are VG-G-TD01: Awakening of the Interdimensional Dragon and VG-G-TD02: Divine Swordsman of the Shiny Star. BT01 will support  Royal Paladin, Gear Chronicle, Kagerou, Nova Grappler and Oracle Think Tank.