Cleanup Celestial, Ramiel “Яeverse” wrecks havoc on the field. This card puts opponent’s in a tight situation. Cleanup Celestial, Ramiel “Яeverse” forces the opponent to counter blast two cards or defend their vanguard with the same number of cards as amount of cards in your damage zone. It is a situation to pick your poison, and both options force the opponent to lose key resources. 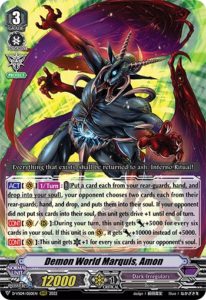 Dark Irregulars receives many classic units with new abilities and strong reprints. Amon is finally back in the game. The first archetype of Dark Irregulars provide major upgrades for the premium format. 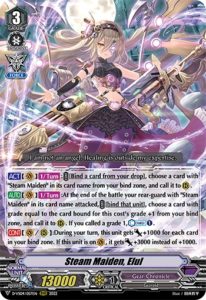 Furthermore, Re-innovate Wing Dragon is an awesome reprint for Gear Chronicle. Re-innovate Wing Dragon provides excellent support for Steam Maiden, Elul. This unit binds three cards and superior calls two cards from the top of the deck. This unit’s ability increases the power of Steam Maiden, Elul because it binds three cards with a single ability. 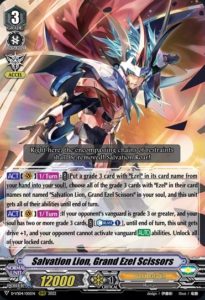 In addition, Ice Prison Hades Emperor, Cocytus “Яeverse” has a strong defense. This unit increases his power by 10,000 for every ten cards in the drop zone. You can easily create an strong wall of defense. It is a useful ability if you do not have a perfect guard in your hand. 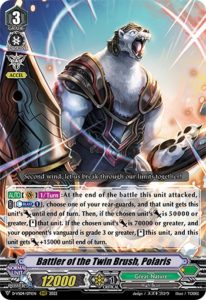 Battler of the Twin Brush, Polaris is a unique grade 3 card. This unit stands a rear-guard if it has at least 50,000 power and himself if the rear-guard has at least 70,000 power. Battler of the Twin Brush, Polaris has glorious offense and he puts a lot of pressure on an opponent. An opponent would need a perfect guard in many situations to successfully block these attacks.

A great reprint for Great Nature in V Special Series 04: V CLAN COLLECTION Vol.4 is Coiling Duckbill. The card’s resourcefulness adds value to it. The card’s abilities add depth to clan’s strategy. You may add it to your hand if you mill it to the deck due to an ability. 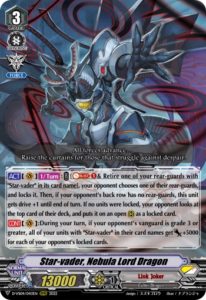 Star-vader, Nebula Lord Dragon is the signature card for Link Joker in V Special Series 04: V CLAN COLLECTION Vol.4. It is a good redesign with strong effects with stellar offense. Link Joker is known for its defensive strategy. Star-vader, Nebula Lord Dragon rewards you for good play with his effect that adds 5,000 power to each your Star-vaders for each of your opponent’s locked cards.

In addition, Opener of Dark Gates is an awesome reprint for Link Joker. It is an effective card for Star-vaders and Messiah. Opener of Dark Gates superior calls one of the two top cards of the deck. You gain an advantage from this ability because you save cards in your hand and you quickly gain access to another rear-guard.

Thorn Lily Musketeer, Cecilia “Яeverse” enables mutliple attacks from your rear-guards and superior rides a grade 3 unit in the same turn. She constantly pressures the opponent when she arrives on the field. You have two attacks from a vanguard in a single turn.

Furthermore, you may superior ride a copy of Thorn Lily Musketeer, Cecilia “Яeverse” with her second ability. This strategy allows you to create another Force marker and a new set of drive checks with your new vanguard. You may also activate the second ability for a second time because it is not limited to one card with the sane name in a turn.

Nova Grappler does not have the best highlight among the other clans in V Special Series 04: V CLAN COLLECTION Vol.4. Deadliest Beast Deity, Ethics Buster “Яeverse” is a major letdown with bad abilities. This unit locks your rear-guards when they attack, and this ability locks those rear-guards without completing the process to hit the opponent. This strategy counteracts Nova Grappler’s strategy for multiple attacks from all units.

In addition, Covert Demonic Dragon, Magatsu Storm “Яeverse” punishes opponents for retiring him. You do not lose access to this card. This card returns to your hand and the opponent must discard a card. It is a sneaky ability that will catch some players off guard.

Raging Fall Dragon “Яeverse” is a vanguard with the ability to attack twice in a single turn. He puts a lot of pressure on the opponent. You have two sets of twin drive with four opportunities for triggers.

Furthermore, Revenger, Raging Fall Dragon “Яeverse” combines the tactics of Link Joker and Shadow Paladin in his abilities. He locks your units to give power to your rear-guards. This ability sets up his ability to stand after battle. 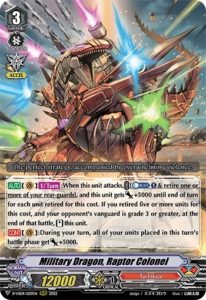 V Special Series 04: V CLAN COLLECTION Vol.4 marks the return of many classic units. Bushiroad developed strong cards for every clan except Nova Grapplers. I recommend many of these new cards for your decks. You can update decks such as Ezel, Musketeers, and Revengers