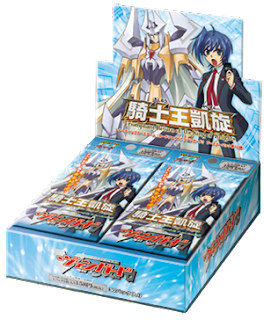 There are many rumors and speculations about the BT10 and BT11 release dates. Both sets have completely disappeared from the official site. Many Cardfight!! Vangaurd players are worried about the sets’ current status. I will be very disappointed to wait even longer to get the Jewel Knights.

It is also rumored that both sets will be combined into one set. Bushiroad recently announced that they want to English product to catch up to the Japanese product. Bushiroad wants sets to be released at the same time or within a reasonable time table.

Stay tuned for more developments on this matter!