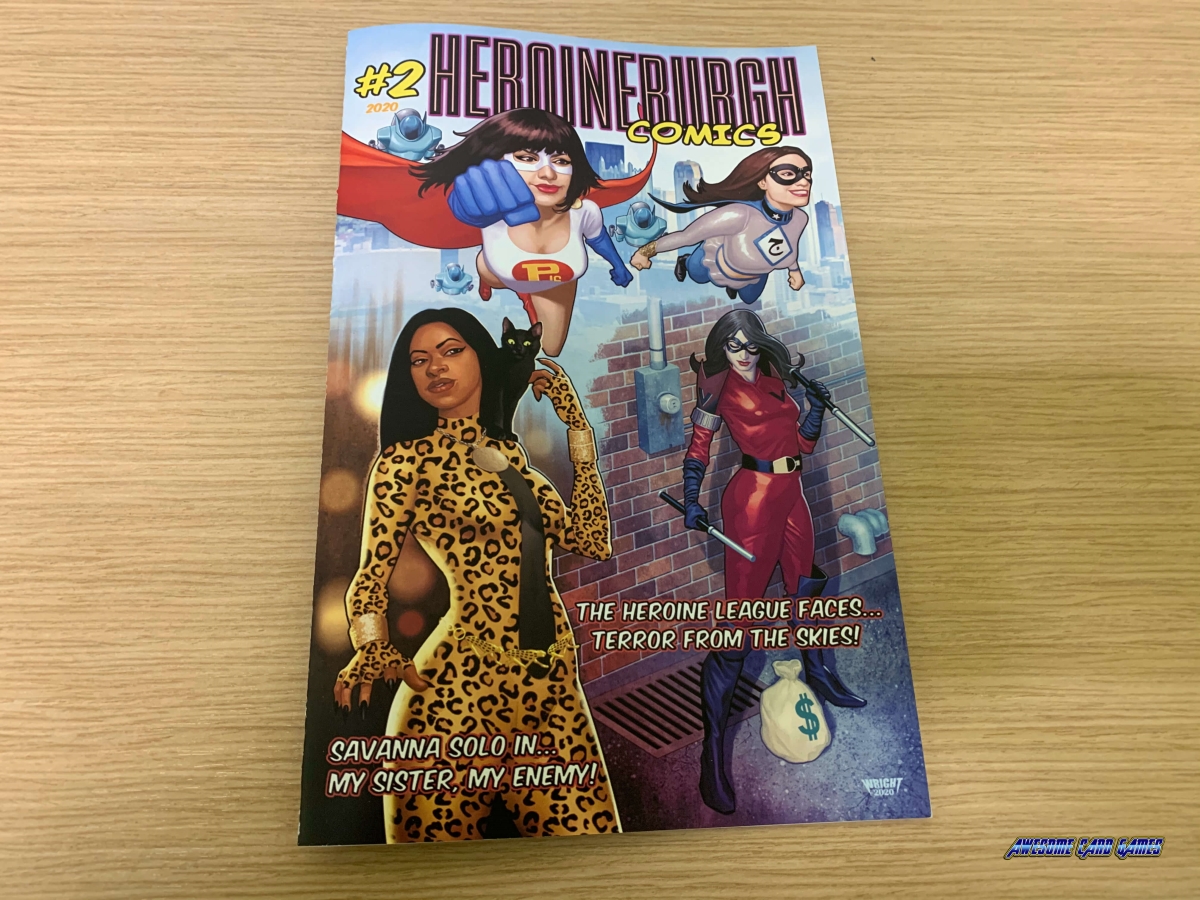 Our favorite superheroes from Pittsburgh return in Heroineburgh Comics #2! The comic book features many tales from the original series. You may recognize many of these tales from the episodes on the official site.

Heroineburgh Comics #2 has 21 pages of superheroines in action. The main stories are Sister Sinister and Robots Attack! In addition, this issue features a large roster of amazing superheroines.

Heroineburgh Comics #2 expands the series’ universe with more characters than the first book. The book feature six tales, and three of the tales are the main stories of the book. Savanna has an unexpected battle against her sister, Panthyra. Quingpin is plotting to ruin the heroines’ reputations.

The best tale is Quingpin’s plot to ruin the Pittsburgh Heroine League’s reputation. The plan is a brilliant scheme to manipulate the public against the city’s superheroes. Wide spread damage from the battle would surely anger citizens with destroyed property.

Panthyra has an interesting origin story for her powers. A drug user, Panthyra gains her powers from a special drug. Her jealously and hatred for her sister, Savanna lead the path to violence and destruction. The story leaves me wanting more details of sisters’ toxic relationship.

Furthermore, every story flows very well to the transition of the next tale. I can easily understand the full story and character’s motives. The start of each tale reveals information about the characters.

The superheroes are clearly inspired by classic heroes from DC comics. Heroineburgh’s heroes have unique backstories to make them stand out from other superheroines. Poderosa is a combination of Power Girl and Lois Lane. She also uses her position with the local TV station to promote herself.

Most of the villains have unique designs. They stand out from other known villains from popular comics. Their designs reflect their abilities. Sintilla is a thief with the unique ability of knowing her opponent’s next move. She fully uses this power to her advantage such as knocking out a cop in this issue.

My favorite design of a character from the story is Panthyra. Panthyra looks like a major threat for any superheroine. Her black costume makes her look intimidating. 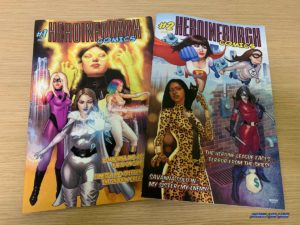 The comic’s cover leaves a good first impression. Jason Wright did an amazing job with the cover’s design, and Benjamin Zeus Barnett drew beautiful and intense action in the interior art. The pages in the comic come to life. The artwork is simply amazing. The colors, details, and smoothness of the characters have great quality.

I also recommend subscribing to Heroineburgh’s official YouTube channel. They have clips of their episodes and previews of their comics. The videos show behind the scenes with their actors. Full episodes can be found at the official website. You can subscribe to the channel in the link below!

Overall, Heroineburgh Comics #2 is a fun comic with superheroines, intense battles, and plenty of action. The impressive artwork shows the care and time in the comic’s development. The multiple plots in this issue will keep you interested. I hope the next comic will dive further into the new conflicts with Panthyra and Quingpin.

You can purchase Heroineburgh Comics #2 at the official website. The comic costs $9.99 for orders from the United States and Canada. Orders from overseas will cost $19.99.

Purchase Heroineburgh Comics #2 at this link!