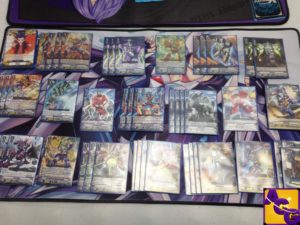 I built a budget deck for Nova Grappler from two boxes of Unite! Team Q4. All of the cards in the deck are worth two dollars or less. The deck’s most expensive card is my one and only Twin Blader. The deck revolves around Asura Kaiser as the vanguard. This deck’s strategy is standing rear-guards and creating Accel circles for extra attacks every turn.

Nova Grappler is one of the most aggressive decks in the format. The goal is to swing as many attacks as possible every turn. Create Accel circles as often as possible to build a front row with many units. Your offense needs a lot of resources, and you will quickly use your resources to fuel your offense. You will be putting everything in your offense to defeat your opponent as quickly as possible.

The Accel marker is the perfect gift for Nova Grappler’s aggressive style. I am able to create new rear-guard circles to add more attacks every turn. The ideal units for my Accel circles are Extra Muscular, Maximum Raizer, Burstraizer, and Jetraizer. All of these cards are able to generate power. Jetraizer gains 3,000 power after I call a unit. Extra Muscular, Maximum Raizer, and Burstraizer gain power after they stand. 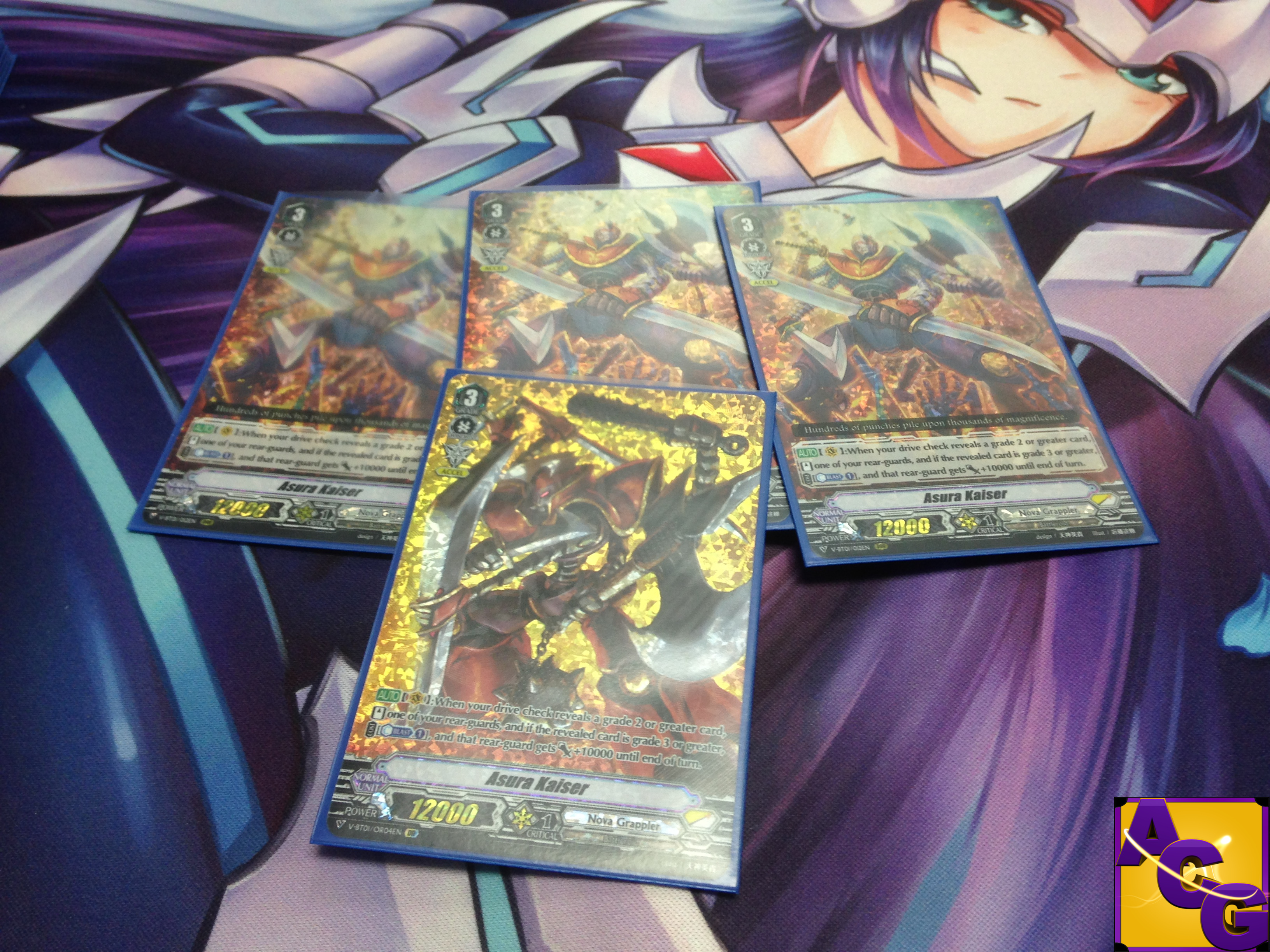 Asura Kaiser is the boss of the deck. He is a poor man’s Perfect Raizer. His skill stands rear-guards and your rear-guard gains 10,000 power if your drive check revealed a grade 3 card. If you do not check any triggers, then Asura Kaiser gives you the opportunity to gain advantage with extra attacks. You want to check a grade 3 to raise your rear-guards power to be strong enough to hit your opponent.

Battledore Fighter is an interesting card. He brings a unique skill to the table. He forces my opponent to guard with at least two cards. My waves of attacks force my opponent to readjust his or her defensive strategy. My opponent will be punished by making a simple mistake and not having enough cards to block the unit with Battledore Fighter’s skill.

Burstraizer is the deck’s MVP. He adds a lot of pressure every turn. He does not need Asura Kaiser’s skill to stand, and is perfect on an Accel circle. Burstraizer gains 3,000 power if my opponent has four or more damage when he stands during combat. He becomes a 22,000 rear-guard after he stands.

I tested this deck at my local card shop. The deck ended the day with three wins and one loss. The wins felt effortless as the deck was working to perfection. The only loss was against Kagero. I tried my best to generate enough offense, but Kagero’s higher numbers and abilities were too much for Nova Grappler. My opponent burned my rear-guards, and defensive triggers made it much harder to hit his vanguard.