It has been a while since I last posted an update for Dark Chaos. I was not motivated to work on my game since I got a new job last December. The game has been building dust in my computer. My motivation returned after listening to classic themes from early Final Fantasy games. This may seems odd to you. I work best on my project when I am listening to music especially my Final Fantasy themes.

I have spent the past few days making new maps. Dark Chaos’s world looks more alive than ever before. I learned a few new tricks to make my maps look better. The new maps are turning out very nicely. Older maps have been improved as well. The older maps needed to a tune up as they had too much free space.

Cut scenes are getting improvements. The storytelling will shine in deeper and more explained dialogue. Characters can reflect their personalities to standout from each other. Some of the game’s dialogue was replaced with more fitting conversations or confrontations. Some of the original dialogue included unnecessary comments that are not related to the plot. 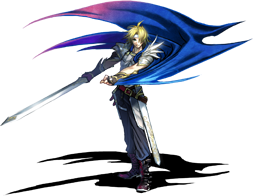 There will be slight changes to the cast. I originally named the main protagonist Franklin to be based on myself, but I have changed the character to Russell. I no longer feel comfortable making myself the main protagonist instead I am going to be a support character. Russell will also have custom artwork to be a standout among his party members. A talented artist, Blackxwolf made an awesome character set for a minor character. He has agreed with make another character set for a female enemy.

If everything goes according to plan, then the second demo could be released before the end of the year or early next year. I am going to take my time to ensure my second demo gets a positive response from players. The demo will be at least two hours long. So far everything the game is work properly. I will do a full test run after so many events to make sure there are not any major bugs. Be on the look out for future updates!