1. Gyze Can be Defeated by Killing Kazuma Shouji 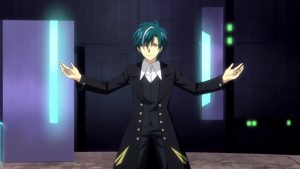 All Diffriders share the same weakness of death if their host dies by any means. The unit from Cray will also die after their host’s death. The only characters to suffer this fate are Miguel Torres and Rindo Gentian Musketeer, Antero. Miguel is in a car accident, and he dies from his injuries. Thus, Antero also dies as his soul is living in Miguel.

Chrono Dan references this weakness to Team Try3 in episode 17 of Cardfight!! Vanguard G Z. He says Gyze is vulnerable because he is in a human’s body. The god of destruction was nearly unstoppable in ancient times, but now he has taken a huge risk to return from his imprisonment. Kazuma’s body is not nearly as powerful as Gyze’s real body. However, Gyze displays his ability to use some powers while living in Kazuma.

However, our heroes never discuss using this method as an emergency strategy. Chrono already lost a match against Gyze. Their chances of victory are very slim. They lose their opportunity to kill Kazuma after his body enters Gyze’s body. Team Try 3 is not able to reach Kazuma to commit the dark deed to their friend.

2. Chrono is the only player who is not an Apostle or Gyze to play a Zeroth Dragon. 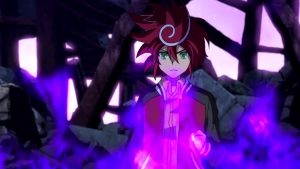 Chrono receives Zeroth Dragon of End of the World, Dust from Ibuki after their battle against Gastille. Ibuki trusts him with the card, but his decision is a huge mistake. Chrono does not have the card for very long. Kazuma is possessed by Gyze after losing to Chaos Breaker in a decisive match. Then, Chrono challenges Gyze to a cardfight to save his friend.

Chrono desperately tries to win the game by playing Zeroth Dragon of End of the World, Dust. He uses Gyze’s weapon (the Zeroth Dragon) against him. Then, Chrono loses the match after Gyze and Zeroth Dragon of Zenith Peak dominate him and Chronojet Dragon. Not only does he lose the match, he also loses his G-Zone. Chrono now has an incomplete deck without the ability to stride G-Units.

3. Chrono is the Least Experience Member of Team Try3 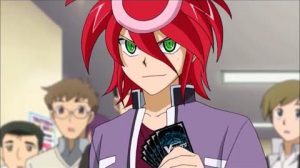 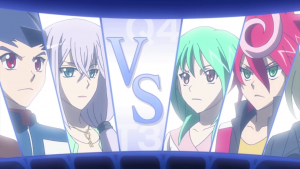 Team Try3 battles Team Q4 in the G Quest’s Ultimate Stage. Chrono and his teammates come into the fight with a lot of momentum after defeating Team Asteroid. They defeat Team Q4 in three games to zero. First, Tokoha defeats Misaki to give an early lead to her team. Then, Shion follows her momentum in an epic battle against Kai. Finally, Chrono seals the championship by defeating Kamui in the final match.

5. Chaos Breaker is the most efficient Apostle 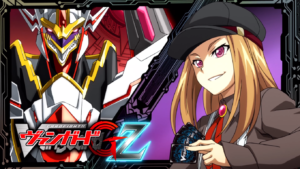 Chaos Breaker accomplishes the most success despite, Gredora’s distrust of him and Valeos annoyed by his antics. He easily defeats Chrono and Rin, and sends them to Relics. Chaos Breaker creates the diffride for Gyze to possess Kazuma. Chaos Breaker also sacrifices his life to reactivate Relics and deliver all six Zeroth Dragons to Gyze. I can say he puts Gyze in a position fulfill his goal to eradicate all lifeforms.

On the other hand, Darkface, Gredora, and Gastille do not accomplish much during their diffrides. Gredora does not accomplish anything during her tenure on Earth. Her actions do not influence the story’s outcome. Darkface at least creates Relics and gathers data to accomplish the group’s goals . Gastille barks orders, but does not have a bite. He is the only apostle defeated in his first cardfight. 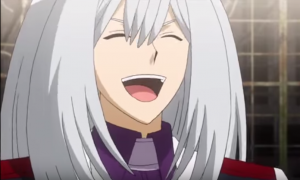 Kouji Ibuki and Chrono cardfight for the first time in episode 3 of Cardfight!! Vanguard G. Ibuki reveals he is playing a borrowed deck. Furthermore, he displays his abilities as a top player. He demonstrates his ability to play multiple clans, and dominates Chrono in their game. A true master of vanguard can play any deck.

7. Chaos Breaker and Dark Face are the only Apostles to not play a Zeroth Dragon in every cardfight in Cardfight!! Vanguard G Z

8. Fides is the first unit to come to Earth. 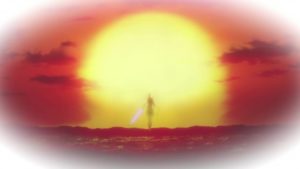 Rive Shindou tells the story of Fides in Cardfight!! Vanguard G Z episode 17 Land of Descent.  Fides came to Earth with the Messiah’s protection on a mission to seal Gyze’s vile dragons in the 15th Century. He traveled around the world to seal the six Zeroth Dragons as cards. Then, he reached Japan in very bad shape after he completed his mission. 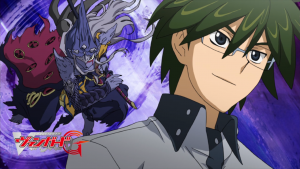 Shin is the owner of Card Capital, and he is very knowledgeable about Cardfight!! Vanguard. He often teaches new players at his shop. His first cardfight on camera occurs in Cardfight!! Vanguard G despite being a supportive character in the original anime. He never plays a game in the original anime, and only comments on players’ tactics. Shin plays in his first match on the show against Chrono. Shin plays an amazing game, but Chrono seizes victory with a double critical trigger in the clutch!

10. Ryuzu Myoujin is the first character to be resurrected from the dead 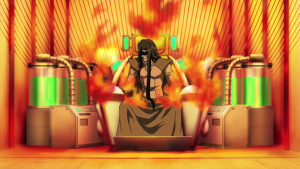 Ryuzu Myoujin is the main antagonist in Cardfight!! Vanguard G: Stride Gate. Ryuzu is in a heated confrontation with Ibuki and Chrono, and dies during the episode. However, he is resurrected as a child at the end of the episode. This makes him the first and only human to be resurrected from death. The writers pulled a trick from Dragon Ball. Ryuzu continues to live as a child to carryout his plans. Then, he regresses to a baby after Chrono defeats him in the finale.