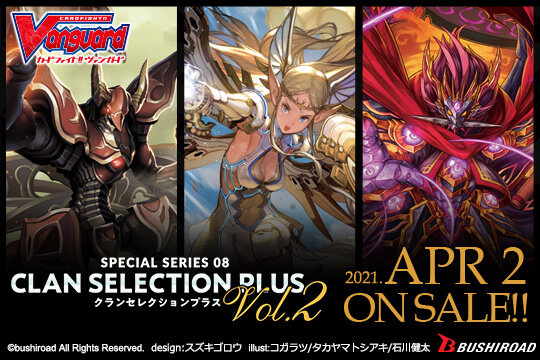 In addition, Bushiroad reprinted 48 cards in V Special Series 10: CLAN SELECTION PLUS Vol.2. You have most of the cards for a new deck. These reprints have synergy with the new cards in this special set. Every clan also receive a reprint of its perfect guard. 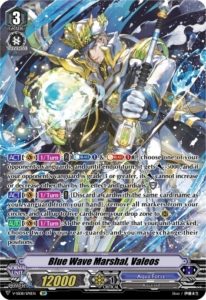 The Aqua Force has new units to strengthen their strategy of multiple attacks. The apostle Blue Wave Marshal, Valeos returns to Cardfight!! Vanguard! He brings a unique style to Aqua Force. Blue Wave Marshal, Valeos lacks an Imaginary Gift, but his abilities make up for the lack of a gift. He weakens the opponent’s defense and unleashes a wave of attacks from his comrades.

V Special Series 10: CLAN SELECTION PLUS Vol.2 includes a reprint of Equable Career, Spiana. This card is a useful rear-guard for counter charging damage. You have resources to pay the cost of your abilities. Equable Career, Spiana truly shines in a deck without grade 4 cards, and the deck’s bosses are grade 3 units. 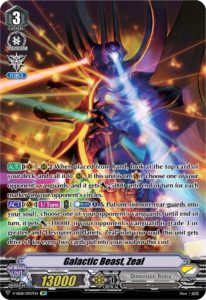 V Special Series 10: CLAN SELECTION PLUS Vol.2 brings the evildoers from the Star Gate. Galactic Beast, Zeal leads his army of aliens to the V-Standard Format! Galactic Beast Zeal is a unique vanguard with the ability to lower the opponent’s vanguard’s power. Your attacks put a lot of pressure on the opponent with a weaken vanguard.

Platinum Ace is the best reprint for Dimension Police in V Special Series 10: CLAN SELECTION PLUS Vol.2. Platinum Ace is a complementary piece in a deck with Dimensional Robos. You can easily activate its second skill for an amazing advantage on offense. Platinum Ace gains 10,000 power and a critical if your vanguard’s power is 30,000 or greater. 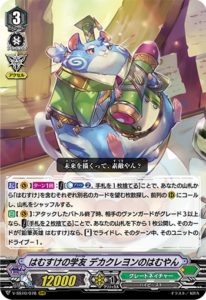 Hammsuke’s Rival, Jumbo Crayon Hammyan is Great Nature’s signature card from V Special Series 10: CLAN SELECTION PLUS Vol.2. This card is powerful abilities such as superior calling units and superior riding Pencil Hero, Hammsuke after battle. These cards have fantastic synergy and will fill your board with many Accel circles. 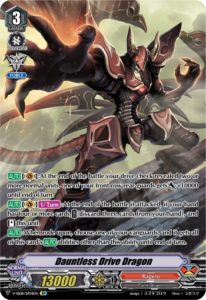 Kagero’s most notable reprint from V Special Series 10: CLAN SELECTION PLUS Vol.2 is Flame of Hope, Aermo. This card is a fantastic rear-guard for decks in the V-Standard Format and Premium Format. Flame of Hope Aermo counter charges damage for you can consistently activate abilities. 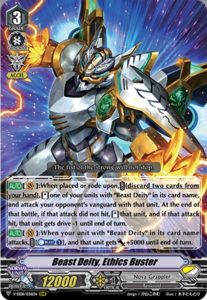 Beast Deity, Ethics Buster was a popular unit in the format with Break Ride. Bushiroad recreated the card with powerful abilities for an amazing offense. Beast Deity, Ethics Buster can attack two to three times in a single turn. His ability allows him to attack an opponent after you ride him. Furthermore, he can stand after the battle if the attack does not hit the opponent. 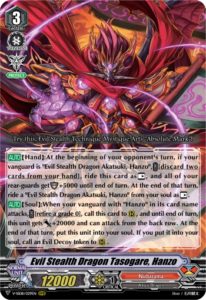 Evil Stealth Dragon, Zangetsu is a fantastic reprint. This unit superior calls an evil decoy token to the field. This ability supports both versions of Hanzo. 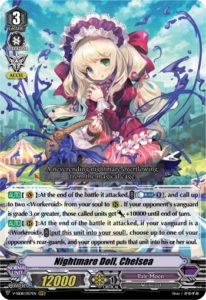 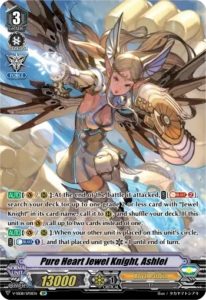 Jewel Knights are back in Cardfight!! Vanguard V! Their strategy is creating multiple attacks to overwhelm opponents. Pure Heart Jewel Knight, Ashlei is the star of the deck. Her ability superior calls new rear-guards on the field during the battle phase.