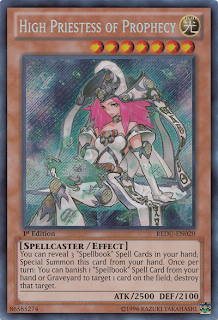 I know what you are saying. This card was first released last year, and that is very true. However, if Konami wants to continue to push players to play Prophecy then they need to re-release the High Priestess of Prophecy. 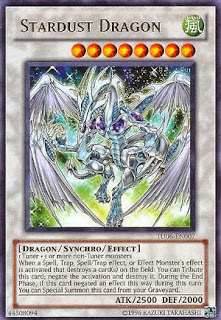 Stardust Dragon is screaming for a reprint. He is Yusei’s ace card in Yu-Gi-Oh 5D’s. Stardust Dragon’s last reprint was in Turbo Pack: Booster Six. That booster set was released in 2011. However, it was only released at tournament locations. If you didn’t go to an official tournament then you were out of luck. 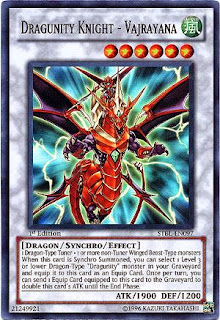 4. Nurse Reficule the Fallen One 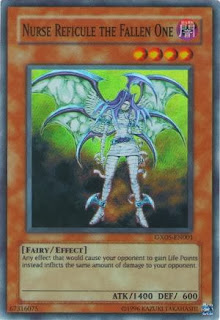 Nurse Reficule the Fallen One’s only TCG release was in 2008 as a promo in Yu-Gi-Oh GX Tag Force Evolution. A re-release is way overdue! 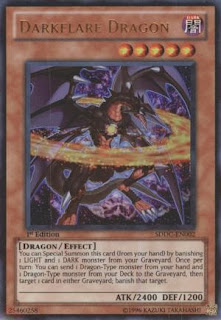 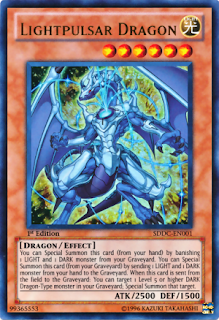 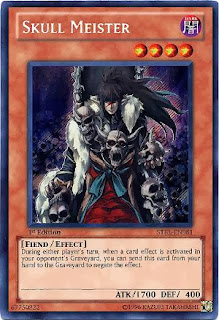 Skull Meister is a nice anti-meta card. He cans slowdown decks that rely on effects activating in the graveyard. However, he is in of a reprint. He is another from Starstrike Blast who doesn’t have a reprint. Are we seeing a pattern? 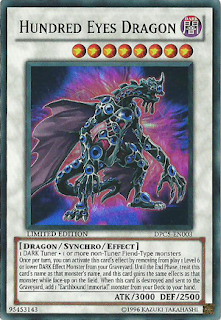 Wow! A dragon with one hundred eyes must have very good eyesight. His one and only release was in the Duelist Pack Collection Tin 2011. 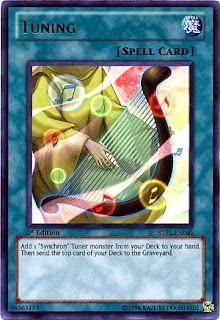 Is it me or does Konami dislike reprinting cards from Starstrike Blast? It would be nice to finally see Tuning get a reprint. Tuning’s only release was in 2010 in Starstrike Blast. A reprint would be especially good because Synchro monsters are trying to make a big comeback.