The Game Boy Advance from 2001 to 2008 released many amazing RPGs games. I enjoyed many hours of playing these games when I was in middle school and high school. I still return to these amazing RPG titles as an adult.

RPGs on the Game Boy Advance brought players to unique worlds with powerful enemies and unique stories. Square Enix and Nintendo delivered many of these games on the handle console. Many of these games are some of the best RPGs on any console.

This is my list of the best RPGs on the Game Boy Advance. I highly recommend all games on this list to all players. These classic titles will deliver hours of fun and excitement. 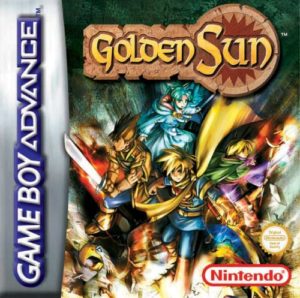 Furthermore, Golden Sun has a beautiful design. Towns, caves, and dungeons have unique designs. You can interact with the environment to solve puzzles and discover hidden items.

The story of this game follows Isaac and his friends in a world with alchemy. They are on an adventure to save the world. They discover he Dijnn that are magical creatures to assist them on their adventure.

Golden Sun features a turn-based gameplay with incredible animations on a portable console from its time. The system features powerful weapons, magic, and Dijnn. You can use the Dijnn to summon powerful creatures to unleash powerful attacks. 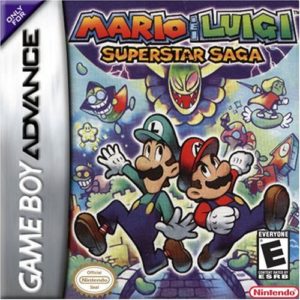 Nintendo brought the style of Super Mario from RPGs on the Game Boy Advance. Mario & Luigi: Superstar Saga is the first RPG of Mario on a handheld console. This game introduces new worlds, enemies, and mechanics. Mario and Luigi start a journey to save the Mushroom Kingdom.

Mario & Luigi: Superstar Saga has a beautiful and characteristic graphics that have aged well. The game’s graphics bring life into the game. Characters have funny expressions during scenes. Enemies have unique designs and animations.

In addition, Mario & Luigi: Superstar Saga allows players to control Mario and Luigi. You use both brothers to travel the world. They use unique skills to solve puzzles and unleash powerful attacks in battle.

Furthermore, Nintendo continued the interactive battles from Mario’s RPGs in Mario & Luigi: Superstar Saga. You can deal extra damage with timed hits, and you can reduce damage with guards. The developers also introduced the ability to dodge attacks. These mechanics allow players to interact in battle instead of only watching the commands from their inputs. 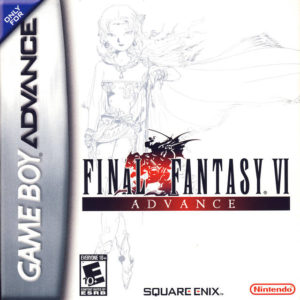 Final Fantasy VI is also considered one of the best video games of this iconic series, and this honor which means a lot. This great game excels in each of its aspects. Final Fantasy VI has an amazing story, great characters with unique motivations, and an enjoyable battle system..

Final Fantasy VI has the active time battle system and the largest cast of playable characters in the franchise. Every character has a unique ability such as Edgar’s tools and Locke’s ability to steal items from enemies. All characters can learn magic from Epsers.

In addition, the version of Final Fantasy IV on the Game Boy Advance includes additional content. It features new bosses and dungeons. Players can enjoy more hours of the best game in Final Fantasy’s impressive library. 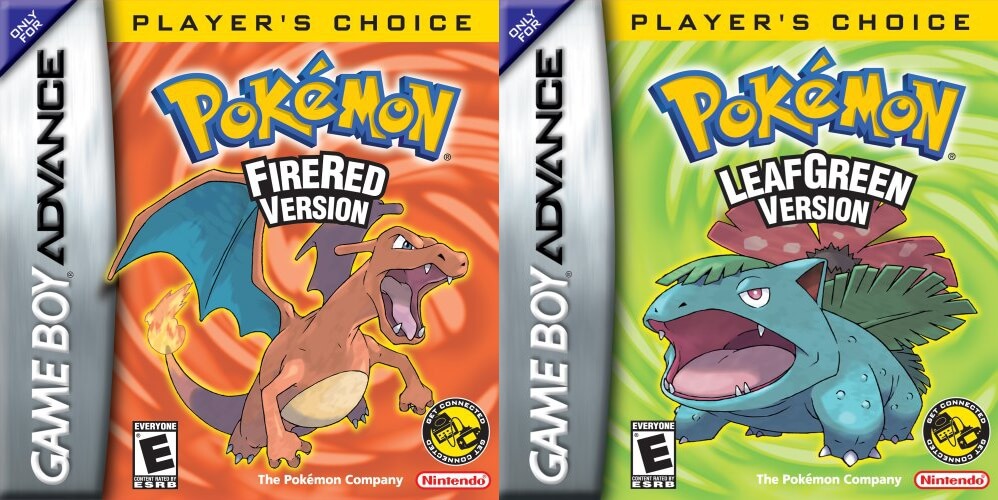 Pokémon Fire Red and Leaf Green are remakes of the legendary first Pokémon adventures of Pokémon Red and Pokémon Blue released in 1996 for the Game Boy. This epic remake takes players back to the Kanto Region. These games features the iconic 151 Pokémon of the first generation.

Furthermore, the Game Boy Advance’s hardware added colorful graphics and pixel art in Pokémon Fire Red & Leaf Green. It also improves the gameplay. The game looks fantastic on the handheld, and the improvements to the gameplay enhances the experience.

Pokémon Fire Red & Leaf Green have aged well, and I recommend these versions of the game. They are great choices for the first Pokémon adventure. You can catch them all on the Game Boy Advance. 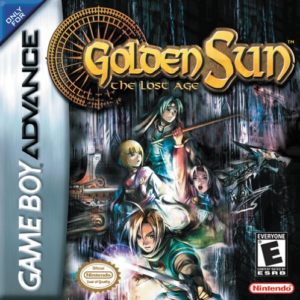 Great RPGs deserve sequels to continue the saga. Golden Sun: The Lost Age provided the amazing sequel for Golden Sun. It continued the story from the previous game with new playable characters. This sequel has many hours of fun and intense battles.

Furthermore, Felix was the anti-hero in Golden Sun, and he became the protagonist in Golden Sun: The Lost Age. The party also includes Jenna, Sheba, and Piers. Their is activating the two remaining lighthouses to restore the powerful force of Alchemy.

In addition, the game retains the same battle system from the first game. Players powerful equip weapons and armor to characters. Characters also gain Djinn and Psynergy spells. You can use Psynergy Spells outside of battle to solve puzzles. 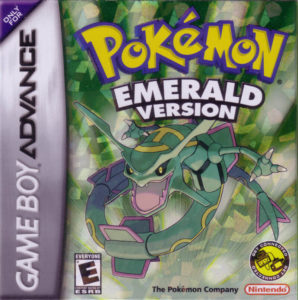 Pokémon Emerald is the most recommended version for third generation of Pokémon because it includes all of content from the Ruby and Sapphire. In addition, the game includes new content and improves some aspects of the original games.

Players will venture through the Hoenn region with the goals to earn eight gym budgets and catch all of the Pokémon from this region. You will encounter the Aqua team and Magma team. The Hoenn region also includes various contests,

In addition, Pokémon Emerald includes the feature of double battles. You will still encounter many Pokémon trainers and wild Pokémon on your journey. The gameplay features a turn-based system like most games in the franchise. 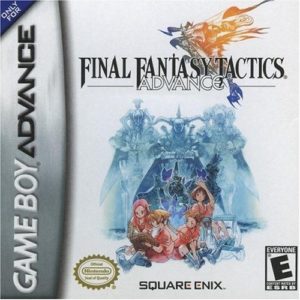 Final Fantasy Tactics Advance is an RPG with a unique plot and an enjoyable battle system. It features a tactical battle system instead of the traditional turned base systems from most games in the franchise. Square Enix featured a system for players have control of classes, abilities, and the statics of the characters in their party.

Final Fantasy Tactics has a strong story and characters. The main protagonist is Marche Radiuju, and him and his friends are trapped in the fantasy world of Ivallice. Ivallice appears to be perfect, but it is just a fantasy. Marche Radiuju’s goal is escaping this false reality and return to the real world.

The gameplay of Final Fantasy Tactics Advance has a deep system. Battles take place on a three-dimensional field. Characters instantly follow your commands on the battlefield. 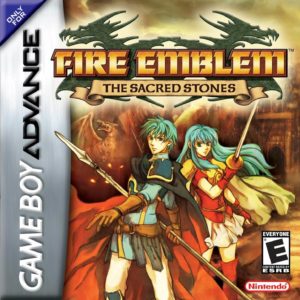 Fire Emblem is one of Nintendo’s best RPG series. Nintendo released Fire Emblem: The Sacred Stones on the Game Boy Advance in 2004. It is the eight game in the success.

The game features a the series’ tactical battle system. Players become strategists in Fire Emblem: The Sacred Stones. You create and lead an army to battle various enemies. The game features many classes and skills.

In addition, Fire Emblem: The Sacred Stones has a fantastic storyline. You can choose the adventures of Eirika or that of Ephraim. The game shows the storyline from the main protagonists’ different perspectives. The game expands the story in conversations with members of your army after battles. 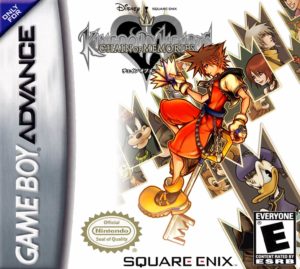 Kingdom Hearts is a successful series of RPGs on multiple consoles. Kingdom Hearts: Chain of Memories is a fun game on the Game Boy Advance. It features the main characters from the first game. They expanded the lore with new characters with two stories.

Kingdom Hearts: Chain of Memories is the direct sequel to Kingdom Hearts on the PlayStation 2. The game’s story begins with the journey of Sora, Goofy, and Donald. Their quest is finding Riku and King Mickey. Riku becomes a playable character in the story of Reverse/Rebirth.

In addition, Kingdom Hearts: Chain of Memories uses a battle system with cards in real time. Cards activate all attacks, magic, items, and abilities in battle. You can create powerful combos with your cards to unleash powerful attacks against enemies. 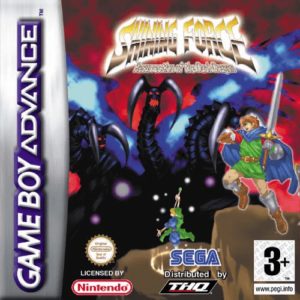 The remake of improved Shining Force: Resurrection of the Dark Dragon a lot of the graphics due to the software of Game Boy Advance. It added a lot of new content such as three new battles, a difficulty that increases every time you finish the game and start again, among other new features.

Shining Force: Resurrection of the Dark Dragon has the gameplay of an turn-based tactical RPG. Each character has their own classes and unique skills. They can learn powerful skills such as being able to attack with melee or ranged weapons, use magic, or increase their combat qualities.

These video games were just some of the best RPGs on the Game Boy Advance The Game Boy  Advance undoubtedly has a great catalog of RPGs with fantastic game play. I highly recommend these classic games because they will be a great experience.

This list of the best RPGs on the Game Boy Advance may not include your favorite games. I may have a different opinion. Please share your favorite RPGs in the comments.