The 80s had a lot of awesome games from the Nintendo Entertainment System (NES). The NES Classic Edition only fulfilled some of the niche, and the mini console only plays 30 games. An original NES is very difficult to find at a low price. Third party companies have developed clone consoles of the NES. We can experience classic games on the original cartridges with these clones of the NES. With so many on the market, it might be hard to choose which are the best NES clone consoles for your money.

In this post, we will be breaking down what makes a good NES clone console and which are the top ones to look out for. We will also list the pros and cons of the consoles. You can pick the right one for you.

What To Look For In An NES Clone Console

Original consoles are becoming more difficult to find. An original NES console can be expensive from game stores. Players such as yourself may turn to clone consoles as an alternative option.

Third party companies such as Hyperkin and Analogue recreated the NES with new hardware. This is not an easy task because they are unable to use the original blueprints. Many NES clone consoles recreate the entire console on a chip. This is an impressive feat, but a single chip has limitations. NES clone consoles come close to delivering a good experience.

Third party companies such as Hyperkin and Analogue recreate retro consoles with new hardware. They have made a name of themselves in retro market of video games. Their goal is to replicate the same experience as the original consoles. Players can play their favorite games from the 80s on modern televisions.

Furthermore, these third party companies have recreated the NES. A good clone console needs to produce good audio and great graphics for players can enjoy the same experience. This is not an easy task because they are unable to use the original blueprints. Many NES clone consoles recreate the entire console on a chip. This is an impressive feat, but a single chip has limitations with audio and graphics.

You probably remember the good old NES controller. Simple in its rectangular design yet surprisingly comfortable and relatively ergonomic. It’s a gaming hardware icon that, unfortunately, can’t be replicated to a T. Nintendo is highly protective of its intellectual property and clone console makers are aware of how triggerhappy the major company can be with cease & desist orders. But that doesn’t mean that the controllers that come with NES clone consoles aren’t just as good. In fact, some of the best NES clone consoles have controllers that are more durable, have better buttons, and are more ergonomic.

As mentioned earlier in this post, emulation is a tricky business. If you’ve ever tried to play a classic game of Super Mario Bros. Mega Man, or Battle Toads on an emulator, then you might have noticed some issues. These can vary from one emulator to another. Clone consoles also depend on emulation to do their thing and that means some compatibility issues will be present. The best NES clone consoles typically will give you a compatibility range between 95 and 98% of its existing library.

Furthermore, players want the best quality for a game’s graphics. Clone consoles normally include a HDMI connector for modern TVs and AV cable for older TVs. Many clone consoles have the options of displaying the original aspect ratio or high-definition for modern TVs. You can enjoy classic games with amazing quality. A proper clone console has sharp graphics and the correct colors. 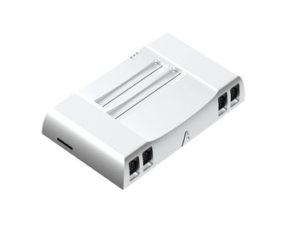 Analogue has been building up a strong reputation in the retro gaming space for having some the highest quality close consoles on the market. While this means a much steeper price point, you get quite a bit of bang for your buck. The NT Mini makes use of FPGA technology that surpasses regular emulation and on-chip compatibility. Analogue has also added features to ensure you can play with NES accessories such as the Zapper. 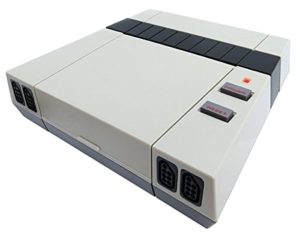 RetroUsb AVS is a modernized NES console. It has the look and feel of the original console. The Retrousb AVS has a top loader to insert your games. It features the original power and reset buttons from the NES.

Furthermore, RetroUsb AVS has fantastic audio and the graphics have perfection. You can enjoy an authentic experience. The RetroUsb AVS presents the games with the proper graphics and colors. The audio sounds great and the sound effects match the original hardware.

The RetroUsb AVS is compatible with NES and Famicon games. It also plays new NES games from indie studios. You can purchase these new games and enjoy them on the RetroUsb AVS.

In the addition, provides updates to RetroUsb AVS’s software. Players need a software, called Scoreboard. These updates will improve the console’s performance. 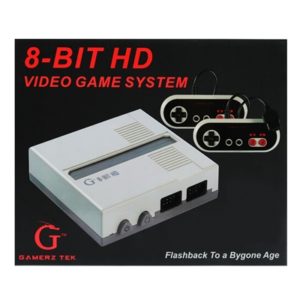 Furthermore, the 8-Bit HD Entertainment System has a retro design. It resembles the New-Style NES (top loader) from 1993. The controllers have a comfortable design with round edges. 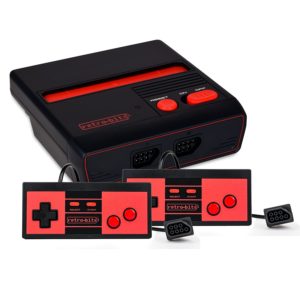 Retro-Bit RES+ is a clone of the NES by Retro-Bit. It has a lot of value for players on a budget. The console includes two controllers and a USB cable for power. You and a friend can enjoy multiplayer games.

Furthermore, the Retro-Bit RES+ has a good picture with a nice presentation of games. Many games appear similar to their appearance with the NES. Games look good for a retro experience.

Unfortunately,  the Retro-Bit RES+ have a few flaws. The controllers have two problems. Their design is similar to the NES’s controllers with sharp edges. They can be uncomfortable to hold. In addition, the buttons for select and start are slightly too high on the controllers. 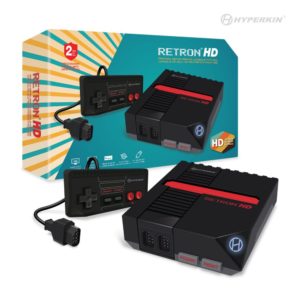 One of the few clone consoles on the market that manages to come close to the original NES’s design, the Hyperkin Retron 1 HD is a solid alternative to the official NES Mini. With high game compatibility, solid compact build and controllers that are almost identical to the originals, this American built device will give you the retro experience you’ve been craving. 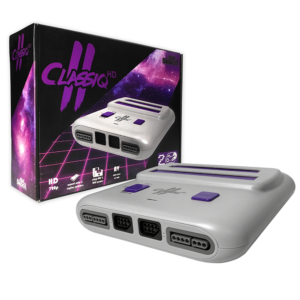 The Classiq 2 HD may not be a pure NES console but it’s a solid buy overall. For a slightly higher price, this offering by Old Skool can also load SNES cartridges. It has similar features to the Retron 1 and its build looks like a curvy Super Famicom, complete with the grey and purpose color scheme. Not exactly a pro or a con, but the Classiq 2 comes with two different controllers, one with a NES control scheme and one with a SNES set of buttons.

However, the other two consoles are not slouches. For their asking price, they both deliver an authentic retro NES gaming experience. Picking a clone console is all about making compromises, and the decision ultimately comes down to personal preferences as well as your budget.