Many fans and players were introduced to Dragon Ball through Dragon Ball Z on Cartoon Network. Score used footage from the original anime in the original version of the trading card game. The franchise was not nearly as widespread in the media as it today. There are many fighting games for Dragon Ball Z. We have a new anime Dragon Ball Super in Japan.

A second movie booster set will be released later in 2016. Why not make a booster set around the video games? Dragon Ball XenoVerse and Dragon Ball Heroes have expanded Dragon Ball’s universe. Dragon Ball Heroes fulfills every fan’s dream scenarios. The games may not be canon in the story. However, the characters and new transformations are amazing, and they can bring new content to DBZ TCG. There are cool fusions with characters such as Frieza and Cooler. DBZ video games include new transformations such as Super Saiyan Four Broly and Super Saiyan Three Future Trunks.

Panini should consider taking advantage as much content as possible. They have a large about of source material at their fingertips. We already have Gold Frieza and Super Saiyan God Goku. I am sure they can work a deal to get characters from the video games. There are plenty of animated scenes to use for cards’ pictures. Dragon Ball Heroes has animated scenes with characters from every Dragon Ball series. Towa is on top of my list for most desired DBZ video game characters to be included in DBZ TCG. She is the sexiest woman in DBZ in my opinion. I am not sure where to rank her power. She uses mind control to make other people do her dirty work. Towa rarely takes part in combat. Towa’s abilities open up new possibilities for her powers. An entire archetype of Allies can be made to support Towa. They would fit the theme of being under her control. 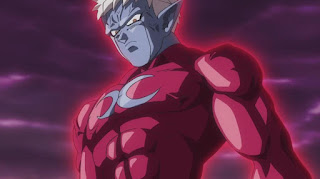 Mira is a version of Cell on steroids. He has DNA from every major character in the series. He would have access to every named card and Mastery in the game. His body continues to evolve as he gains new abilities. He now has the power of a Super Saiyan in his most recent transformation! An Ally version of Mira should serve as powerful card to support Towa. 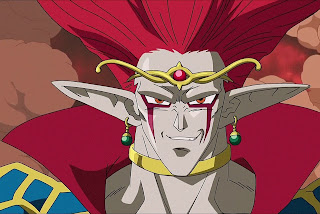 Demigra is the main villain in Dragon Ball XenoVerse. I prefer Mire and Towa over his character. Demigra is still a good enough villain to the make the list. His skills would be similar to Future Trunks’ skills from the first booster set. Demigra would be able to manipulate his deck and his opponent’s deck. The theme of controlling time will give him the ability to control which cards players will be able to draw. We can play dream matches between Demigra, Frieza, Buu, and Cell. 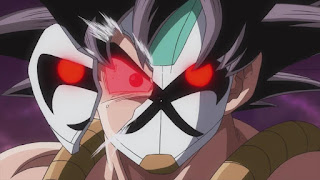 Bardock was never the nicest guy. He worked under Frieza and trained to become a powerful warrior in Frieza’s empire. However, Score made him as a hero in the Dragon Ball Z Collectible Card Game. Evil Bardock under Towa’s command can substitute the Bardock’s lack of having a villain personality set. An ally version of him can also be created to aid Towa as the main personality. Fans would be tune in to play as one of the series’ most popular characters. 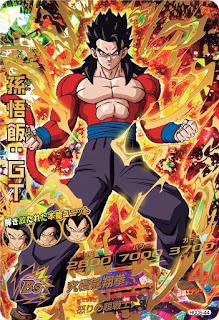 Gohan needs more love in Dragon Ball. He has not had any glory since he dominated Super Buu when he was Mystic Gohan. Gohan has been on the losing side of many battles. Let’s give some glory to Gohan. His first personality suffered because his power level is just too low for a Saiyan deck. Super Saiyan Four Gohan turns the tides. His power level would be more than enough to be a great character in a Saiyan deck. 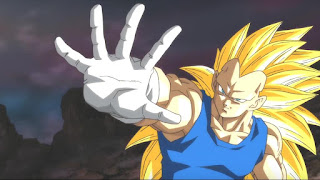 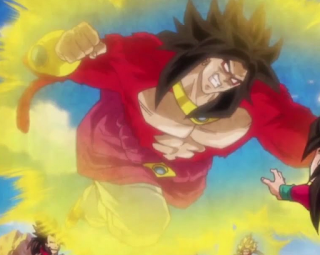 Broly is the most popular character from a Dragon Ball Z movie. He is referred to as a Legendary Super Saiyan. He is much stronger than the average Saiyan. Fans cannot get enough of this guy. Everyday there is a new false rumor about Broly staring in Dragon Ball Super. The madness does not end. He reaches Super Saiyan Four in Dragon Ball Heroes. A Super Saiyan Four Broly personality set will greatly benefit the game. Players will have more options for a Broly deck. More importantly, new players may be lured to game just for Broly.

A video game booster set will only expand Dragon Ball Z Trading Card Game’s life and potential. The game should continue to expand to different medias. We have cards from the anime and movies. Let’s get characters from the video games. Players will only become more excited to play the game. New players could be drawn to the game by seeing Super Saiyan 4 Broly as a playable character. It would give the game more content if Panini uses all source material from Dragon Ball’s anime series. I want a personality set of Towa more than any other character in my short list. Panini American take notes and make this a reality!