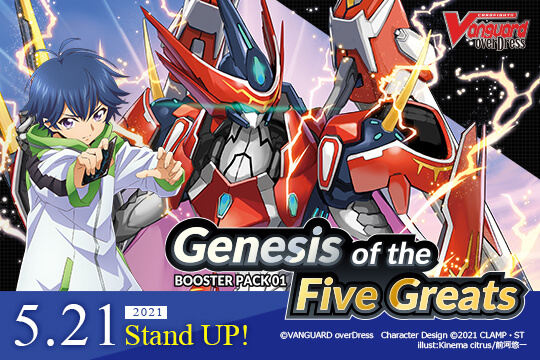 D Booster Set 01: Genesis of the Five Greats is the first booster set for the D-Standard Format and Cardfight!! Vanguard overDress. The booster set includes 120 cards. In addition, all nations receive new cards and themes.

Furthermore, Bushiroad introduces the “Over Double Rare”, “Dress Secret Rare” and “Holo” rarities in D Booster Set 01: Genesis of the Five Greats. Holo is a unique rarity and it presents R and C cards with RR foil. The booster has a lot of value with its variety of rarities. 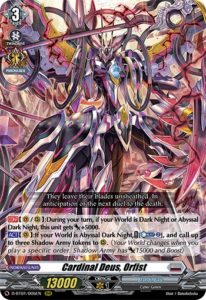 Bushiroad expands Brandt Gate’s strategy with Set Orders. D Booster Set 01: Genesis of the Five Greats introduces new Set Orders for the nation. Each of these cards have a unique effect for your advantage. These orders may retire an opponent’s rear-guard or allow you to draw extra cards. 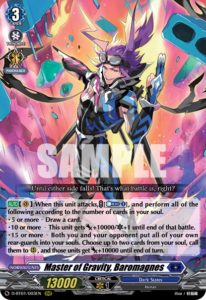 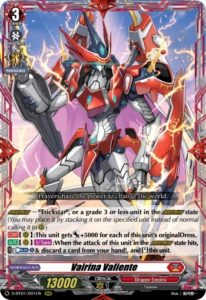 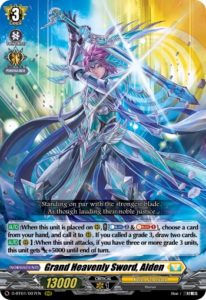 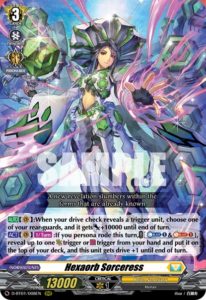 D Booster Set 01: Genesis of the Five Greats also includes units with abilities similar to Oracle Think Tank. Hexaorb Sorceress can place a trigger on top of the deck. In addition, She gives an additional 10,000 power to a rear-guard when your drive check reveals a trigger. Decks in D-Standard Format with her support and decks in the Premium Format with Oracle Think Tank can play this card. 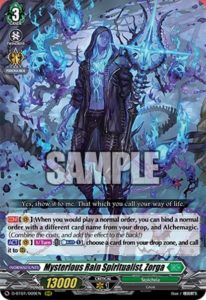 In addition, Mysterious Rain Spiritualist, Zorga supports the keyword, Alchemagic. He can also superior call a unit from the drop zone. This ability has fantastic synergy with Black Tears Husk Dragon.