A good video game needs awesome villains to add more excitement and thrill to stories. The Mega Man franchise has a rich library of amazing evildoers. Mega Man, Zero, Mega Man X, and the other heroes in the series overcame the challenges from these villains.

I have listed the top ten villains in Mega Man. These bad guys have committed some of the worst crimes. Some villains seek world domination, and other evildoers desire to get revenge on one of our heroes! They will do anything to defeat Mega Man. 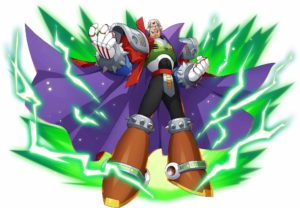 Sigma is by far the greatest villain in the MegaMan franchise. He wanted to create a new world for reploids to reach their full potential without suffering because of human’s laws. Reploids did not have many rights at this time. Out of all villains, Sigma has a very valid argument. However, his methods to fulfill his desires were unjustified.

Furthermore, sigma nearly killed humanity in MegaMan X5 during the Eurasia incident. Sigma finally met his end in MegaMan X8. He was killed by Axl, X, and Zero. Similar to Dr. Wily. 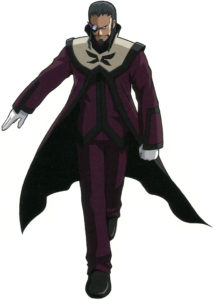 Dr. Regal is the son of Lord Wily from the Battle Network series and is Nebula’s leader. His character design is one of the darkest in the franchise. He is totally rocking the purple attire and the beard with a goatee. His NetNavie is the regal LaserMan.EXE.

Dr. Regal only sees evil within people, and do not believe there is a pure person in the world. He wants a chaotic world without morals. He created the extremely powerful battle chip, Dark Chip. This battle chip corrupts a NetNavi’s mind with negative emotions to transform it into a Darkloid. Their souls have been traded for power.

Dr. Regal’s first plan involved sending an artificial meteor to Earth and destroy it to appear to be a hero. His second plan was creating Nebula Grey as the ultimate source of evil as it is fueled by man’s sins. He has the series most graphic death in RockMan.EXE Stream as all that remains of him is a corpse after being killed by Duo.EXE. 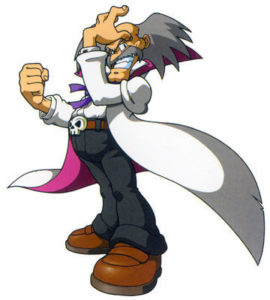 This top ten list would not be completed without Dr. Wily from the classic series. Dr. Wily never failed to entertain us with his efforts for world domination. He attempted countless schemes from blackmailing Dr. Cossack and spreading Roboenza to robots. He also had Dr. Light falsely arrested in Mega Man 9!

However, Dr. Wily’s legacy doesn’t end at the Classic series. His legacy continues throughout the first MegaMan timeline. His greatest creation Zero infected former Maverick Hunter Sigma with the Maverick Virus. This led to the deaths of millions of people and humanity almost met their end in MegaMan X5.

The Maverick Wars lasted for over two hundred years. Dr. Wily as returned in unknown forms to assist Sigma behind the scenes on more than one occasion. As mention earlier Dr. Weil stole Zero’s original body to create the wicked Omega. This event influenced the events in the Zero series. 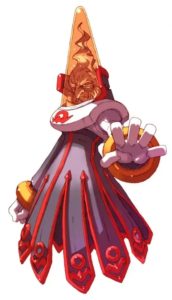 The most sadistic scientist in the series is Dr. Weil. His history predates the Zero series. He stole Zero’s original body and used it to create Omega. MegaMan X and Zero defeated the sinister reploid and Neo Arcadia’s government exiled him.  He resurrected Copy X for the purpose of becoming Neo Arcadia’s dictator.

His wicked plan was foolproof. He knew Copy X was going to transform during his battle against Zero so Weil placed a bomb inside Copy X’s body. It activated as soon as Copy X attempted to transform and died in the realization that he was just a pawn.

As soon as he grabbed political power, he became a worldwide assault with his new resources. He was bent on whipping humans and reploids who stood against him. He enjoyed every moment of causing death, pain, and suffering 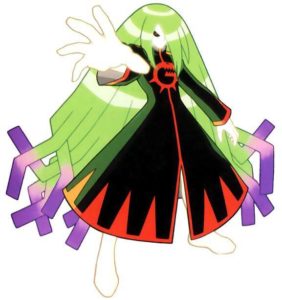 Lord Gospel known as Kid Grave in MegaMan NT Warrior, is the ringleader of the net mafia Gospel. His NetNavi is Gospel’s NetNavi commander FreezeMan.EXE. Despite being a leader of a mafia, Lord Gospel is a teenager named Sean Obihiro. His plan for world domination was to create a mass army of Bass.EXE clones to control the cyber world. However, his plan fell apart when his second clone evolved into the uncontrollable Gospel Cyber Beast.

Lord Gospel has a long list of charges. His list of crimes consists of kidnapping a minor, hacking servers, plane hijacking, murder, and assassination. He paid Dark Miyabi and ShadowMan.EXE to kill everyone in Yumland, and they easily completed the mission. Lord Gospel was a child when he committed these crimes.

Furthermore, Lord Gospel was very unforgiving towards members, who fail their missions. He tried to kill Arashi Kazefuki and Princess Pride after they were defeated by Lan and MegaMan.EXE. Arashi’s briefcase exploded in the subway, and Princess Pride was thrown off a very large building. 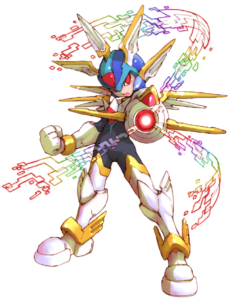 Copy X is exactly who his name says he is. He is a copy of the original hero we know and love as MegaMan X. He was created to be the perfect copy, but failed far from being a reploid with a good heart. Copy X became the ruler of Neo Arcadia after Mega Man X’s death. He is one of the worst politicians in the series’s long history.

Copy X changed the original values of coexistence between humans and reploids. Neo Arcadia did not resemble the same country under his rule. He put the needs of humans before reploids.

During the energy crisis, Copy X only gave energy to humans and denied energy to reploids. He falsely accused many innocent reploids as Mavericks, and executed thousands of reploids. Anyone became an enemy when they questioned his authority. Thankfully Zero assassinated this lunatic twice! 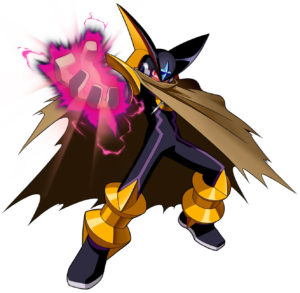 Many years prior to MegaMan Battle Network, Bass.EXE was falsely persecuted from crimes committed by Alpha. Since that day Bass.EXE’s only motivations in life was to get vengeance against humanity. He came out of hiding after he discovered Lord Gospel was making clones of him.

Bass.EXE made his first true appearance in MegaMan Battle Network 3. He formed an unholy alliance with Lord Wily to finally get revenge against humans, but he was defeated by Lan and MegaMan.EXE. After the incident with Lord Wily, he became a secret boss in the remaining games in the Battle Network series. 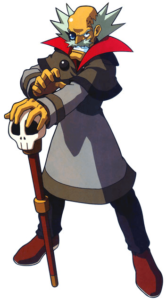 Lord Wily is Dr. Wily’s counterpart in the Battle Network universe. Just like his counterpart, he wanted to study robotics, but his work was not supported. Instead, Tadashi Hikari’s ideas for advance cyber-technology was supported. Lord Wily was outraged and sought revenge by using the inventions from his rival’s revolutionary ideas.

His list of terrible crimes would instantly make him the poster boy for America’s Most Wanted. In MegaMan Battle Network 1, he tried to launch a nuclear weapon at Dentech City. He went as far as manipulating a child to use him as a figurehead for Gospel. 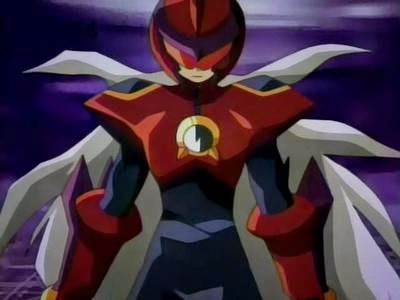 Dark ProtoMan.EXE made his debut in MegaMan NT Warrior Axess and his in game debut was in MegaMan Battle Network 5 Team ProtoMan. He is much crueler in the anime than in the game due to his longevity in the show. He is heartless without any feelings of remorse towards Chaud. He torments Chaud both emotionally and physically. His appearance changes in the anime as shown in the picture above. His Darkloid design is by far the best original design in the anime series. 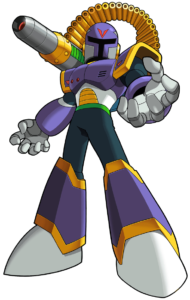 One of MegaMan X’s toughest rivals is the former Maverick Hunter now Maverick, Vile. He is the first freewill Maverick as he was not infected with the Maverick Virus when he became a Maverick. He was a wild Maverick Hunter that was put in lock down because of his behavior. Sigma later freed him from his cell for he can join Sigma’s forces.

In Maverick Hunter Mega Man X, Vile was a rogue, but Sigma saved Vile’s life in his ending. He later returned in Mega Man X3 to only be defeated by his rival Mega Man X again. Then, he made another comeback in Mega Man X8. He served Sigma in his plot to create a new world. Once again he was defeated by the hands of Axl, Mega Man X, and Zero.