Over the years, the subject of mighty swords has played a significant role in the Legend of Zelda series. Often, it is the constants that keep Hyrule’s hero out of harm’s way, and death at bay, throughout one of the video game industry’s most cherished IP’s.

Besides, being Hyrule’s one constant savior is a tough gig. With that in mind, having an impressive array of armaments at hand is a must. Especially true, considering the sheer number of astonishing swords to be found throughout the Legend of Zelda franchise.

During each of Link’s epic journeys, typically, the sword has acted as a trusty sidekick, forever at his service. The swords of his enemies such as Ganondorf are major threats. Each slash and thrust of the blade, only seeking to forge further the bond between them, and deepen their united dependence.

Down the years, there have been numerous iterations. Of which, some come out more impressive than others. But rest assured, each sword has a unique story to tell within the Legend of Zelda multiverse.

Today, I take on the monumental task of compiling a list of our iconic hero’s most magnificent blades. Whether enchanted with all-powerful magic or forged from the finest steel, today, we do justice to Link’s best swords in the business.

Better get that blacksmith on the blower.’

I hope you all enjoy it! It is time to take a trip to Hyrule. Drum roll, please. In no prearranged order, I present you our essential picks for the best swords in the Legend of Zelda series.

We start our list with the beginning of the franchise. The Magical Sword is the strongest weapon in The Legend of Zelda on the NES. The sword has the same abilities as all swords in the game. This blade shoots powerful beams! It does massive damage to enemies.

Our next entry is a more recent rendition, but equally as effective at inflicting damage. Claimed to be the strongest pound for pound sword obtainable in Breath of the Wild, unlike the Savage Lynel Crusher, which yields more power per swing, this ax-type weapon allows for higher overall hit-rate through increased damage per second.

These swords are up for grabs by slaying the White and Silver Lynel foes. Another firm favorite in our list of the best swords in the legend of Zelda. 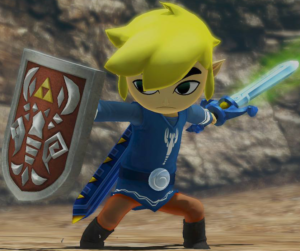 Third in line, to strike fear upon the enemy is the Phantom Sword. Sharing a striking resemblance to the Kokiri sword, the Phantom Sword makes its way into Links armory during The Legend of Zelda: Phantom Hourglass. Many aspects make this weapon extremely powerful.

Broken down to its constituent parts, the Phantom Sword is composed of three pure metals and the phantom glass, giving it a raw and robust strength. Interestingly, it appears to be the chosen blade capable of landing blows on Bellum.

Later down the line, when combined with the Phantom sphere, the sword imbues Link with the might to manipulate the flow of time. Now that is some serious strength.

7. Sword of the Six Sages 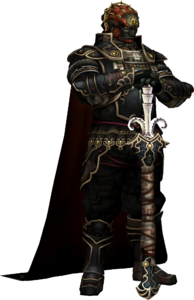 This next entry has some rich history behind it, as do all mythical blades. The Sword of the Six Sages was used in an attempt to execute Ganondorf. However, the blade fell into the hands of the evil lord Ganondorf after a failed attempt at his demise.

6. The Swords of Demise Perhaps the coolest looking sword and certainly one of the most aesthetically menacing, Demise’s Sword first shows up in The Legend of Zelda Skyward Sword. Ganondorf wields the swords of Demise in Hyrule Warriors.

As one cumbersome clunk of metal in The Legend of Zelda Skyward Sword, the sword’s sheer size allows it to track immense terrain. Simultaneously, the ability to absorb lightning and send out fatal electric shock blasts makes it a huge barrier to overcome during Skyward Sword’s epic showdown. 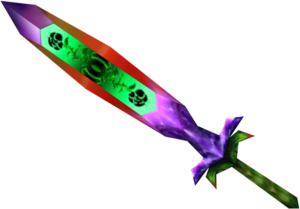 Like most swords, this one has its plus and minus points, but the benefits far out way the cons. So, expect mass-damage, as it requires both hands to utilize effectively. Conversely, that eliminates the shield as a possible defense stat. A loss nullified mainly by the sword’s extended reach.

By returning 15 fairies scattered throughout the Stone Tower Temple, the rescued then return the favor in kindness, cooking up this florescent monstrosity for Link to swing with at his leisure.

Undoubtedly, one of the best swords to find in the Legend of Zelda. 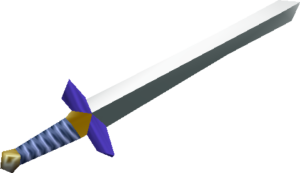 In Ocarina of Time, Link’s Master Sword may claim all the credit, but believe it or not, there is a rather big blade that packs more power. At least from a gameplay standpoint. Issuing sometimes double the damage, and allowing for further reach, Biggoron’s Sword is a beast to brandish.

The sword would make a triumphant return in Oracle of Ages, and Oracle of Seasons, as the most powerful sword. Then, Link can obtain Biggoron’s Sword in The Legend of Zelda: Breath of The Wild. Thus, further solidifying its status. 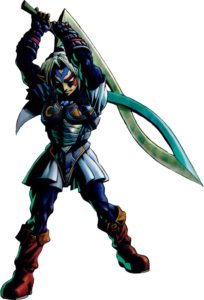 As an epic unlockable of sorts, the Fierce Deity Sword only becomes available once Link collects all masks throughout The Legend of Zelda: Majora’s Mask. This bonus attire also comes with a perk used exclusively during boss battles.

Upon Transforming, Link’s sword can shoot high-impact beams onto bosses, which stacks up as a damage multiplayer when used in conjunction with a standard sword slash.

Much like the master sword, this legendary magical blade carries immense power. Identifiable by its hilt of gold and a red encrusted jewel. When yielded by one of immeasurable energy, its effectiveness amplifies to god-tier heights. Thus, it instills the user with added strength, allowing them to cut through pillars as if built of butter.

In the past, the blade has shown the capacity to banish evil entities. However, Link is the only known Hyrule inhabitant mighty enough to yield such a sword. When used, Link duplicates four different versions of himself, identifiable by varying colored tunics.

Pretty cool stuff. Indeed, well-worth a spot on our list of the best swords in The Legend of Zelda. Thought we would finish today on a high. If any blade deserves the crown of best sword in The Legend of Zelda, it would surely be the Master Sword.

Down the ages, the trusty sword has shown its metal more than once, featuring in no fewer than nine games. Even appearing as part of the game logo on several occasions, such significance it has in the series.

Like the Four Sword, only those of pure heart can yield the epic blade, its origins dating back to Goddess Hylia, and her artificial spirit Fi, who created the sword as an effective means to destroy demise, and his many minions.

In truth, this is a fitting way to end this list and a touching tribute to the Legend of Zelda. As I shed nostalgic tears of appreciation, we want to hear from you, the gamer! What is your mightiest sword in the series?

Please get in touch via the comments. Additionally, make sure you check out our exclusive list of the best handheld Mega Man games.