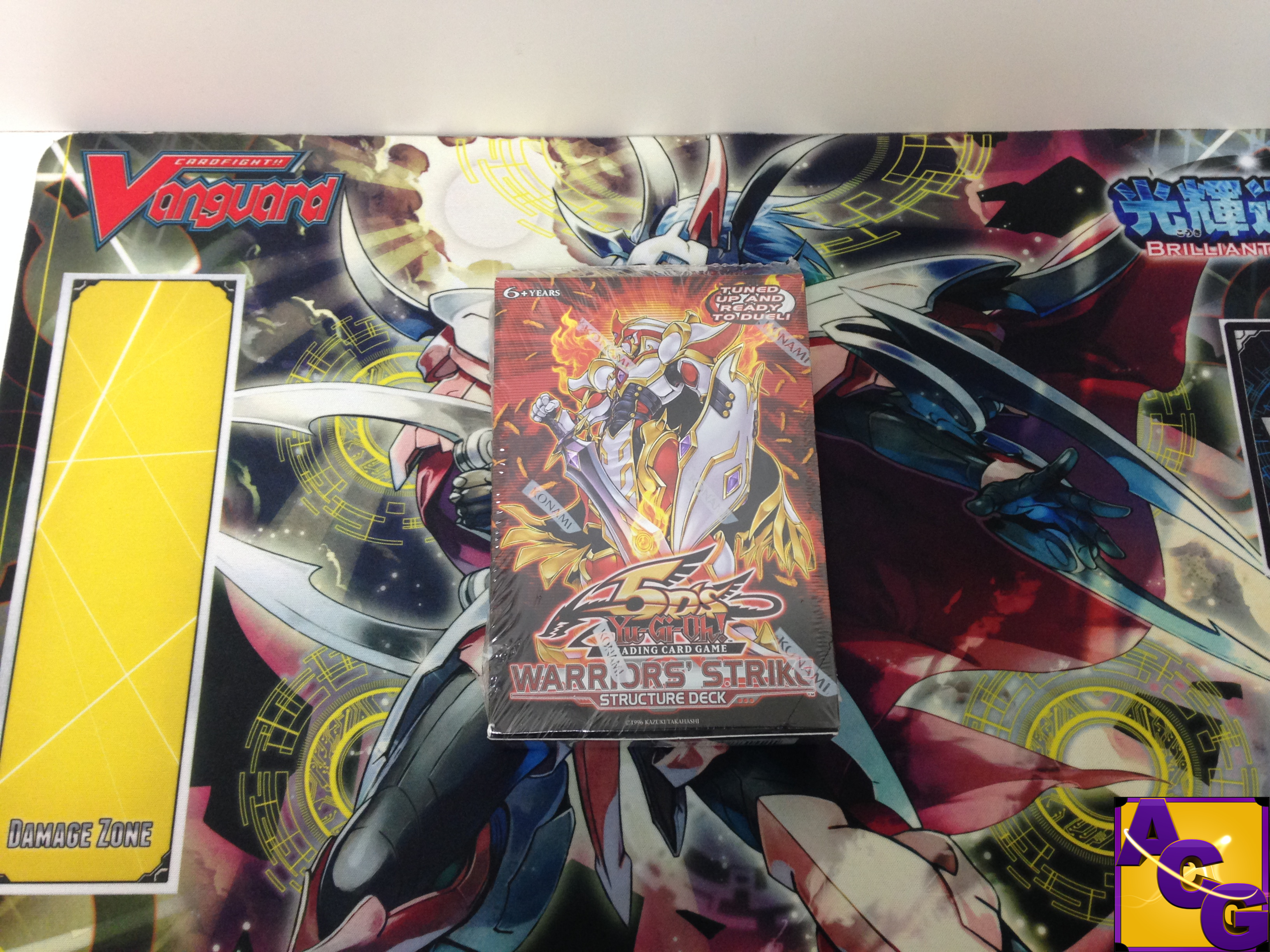 Warrior’s Strike is a structure deck from the Yu-Gi-Oh!! 5D’s era. It was released on October 27, 2009 in North America. This structure deck is loaded with many Warrior monsters. Warrior’s Strike is the first structure deck to include Gemini Monsters. It focuses on using Gemini Monsters’ special abilities to gain an advantage by using their skills in exchange of forfeiting your ability to normal summon for the turn. It includes one ultra rare card and two super rare cards. Phoenix Gearfried is the cover card and ultra card.

Phoenix Gearfried is a Warrior and Gemini type monster. He has the ability to special summon a Gemini monster and negate an opponent’s Spell or Trap card. However, his effects are way too slow. Phoenix Gearfried is considered a normal monster until your second turn. You must wait a turn to make his effects active in substitution for a normal summon. Joey Wheeler played Gearfried cards in his deck. Maybe we will see Joey play this card in a future duel.

Evocator Chevalier is also a Warrior and Gemini monster. Its effect sends one equip spell card that you control to the graveyard to destroy an opponent’s card on the field. It is made to work with Divine Sword – Phoenix Blade for you can send it to the graveyard and get it back during your next Main Phase to repeat the combo. Featherizer is an interesting card. When it is destroyed by battle, you may send one Gemini monster from your deck to the graveyard and draw one card. It adds draw power to the deck to help find your best cards.

A legendary warrior such as Phoenix Gearfried must also have a powerful weapon. Divine Sword – Phoenix Blade is the key card in the entire deck. I am very surprised that this card is not a super rare. It regenerates itself for you can use it to pay for Phoenix Gearfried’s and Evocator Chevalier’s effects. This power blade also gives 300 attack power to your monster. The additional power may help your monster overcome a naturally stronger monster.

Overall, Warrior’s Strike is one of the most disappointing structure decks in Yu-Gi-Oh!’s history. Nothing from this structure deck has aged well. None of the new cards from the deck have been used in competitive tournaments. Gemini monsters are too slow to play because their effects’ requirements prevent you from moving ahead in a game with your normal summons. They lack the game breaking skills to command over games.  Most Gemini Monsters are just too slow to be effective. Casual players may want to take a look at it if they like Warrior monsters.