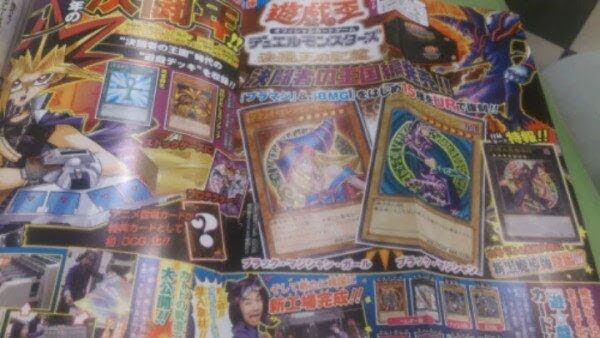 Can you believe it? Yu-Gi-Oh! has been with us for 15 long years! Konami is going to have a huge celebration! Konami will celebrate by releasing a brand new Yugi starter deck, Memories of the Duel King. Yu-Gi-Oh! Memories of the Duel King is the newest Yugi starter deck. The deck will feature ultra-rare versions of Dark Magician and Dark Magician Girl, and both cards have their original artworks! The deck comes with 41 cards, 55 sleeves, a storage case, 2 promos, a 15th anniversary token, and an achieve. It is set to be released on March 8th in Japan!