Guarding is an art in Cardfight!! Vanguard. Do you know when to guard attacks? Knowing when to guard is a major key to victory. This guide will help you master in art of guarding! 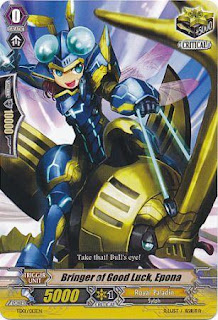 I do not recommend guarding two attacks during in the first turn. Don’t waste shields early in the game. You may need them late game to stop very power attacks when your opponent has three front row units. Secondly, do not worry about your opponent’s chances to draw a critical trigger. The chances are very slim because a Grade 1 unit only has one trigger deck. Their chances to get a critical trigger are very slim. By taking minor damage early in the game, you have allowed yourself to set up Counter Blast.

You also need to know how much shield to guard with during attacks from the opponent’s Vanguard. Once your opponent has upgraded his or her Vanguard to a Grade 3 unit then you have some tough decisions to make. Grade 3 units have Twin Drive! Your opponent has the potential to draw two trigger units which will increase a unit’s attack and a critical trigger will increase an attacker’s damage. Twin Drive gives players the potential to add 10,000 power to any unit including the Vanguard. If you want to avoid this problem, then guard with the correct amount of shield power to avoid any attacks from the Vanguard coming through with any critical trigger effects. For example, your Vanguard is Alfred Early with 10,000 power. Your opponent attacks with his or her Vanguard, Demon of the Silver Spear, Gusion with 10,000. You will need a shield with 15,000 power combined with Alfred Early’s 10,000 power to create a 25,000 shield. 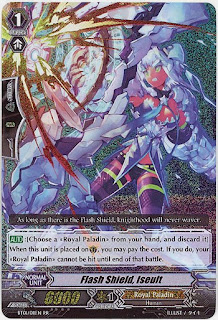 Finally look at your opponent’s damage zone and drop zones for triggers. This can help you know the probability of your opponent getting a trigger unit especially a critical trigger during trigger checks. This will also determine whether or not you should guard against the Vanguard. It also tells you how much shield power you need to guard with.

In conclusion, guarding is an art every Cardfight Vanguard player must master to become a better player. Understand your opponent’s strategy.  Know when you can take damage! You will become the master of guarding!

Please leave your questions, comments, and concerns below!